Buoyed by a come-from-behind win over the Broncos, the Warriors face a Titans side that failed to play out the 80 minutes last weekend.

After giving rookie coach Todd Payten his first win, the Central Coast-based Warriors will be chasing a fourth win in seven matches following the resumption of the competition.

The Titans, on the other hand, failed to turn what at half-time was a winnable match against the Sharks last weekend into two points.

Titans: The Titans will start 1-17 after Jai Whitbread and Nathan Peats were dropped from the squad 60 minutes before kick-off. Corey Thompson returns to fullback with Treymain Spry to debut on the wing and Tyrone Roberts to the reserves. Sam Stone is called up in the back row with Beau Fermor switching to centre and Tyrone Peachey to the bench. Erin Clark starts for hooker Mitch Rein (ankle). Greg Leleisiuao and Roberts were omitted from the extended squad 24 hours before kick-off. The Titans have lost their past 10 games at Cbus Super Stadium.

Warriors: In a late positional change, Tohu Harris (No.12) moves to lock with Karl Lawton (No.13) to start in the second row. Adam Pompey and Lachlan Burr were omitted an hour before the match. Captain Roger Tuivasa-Sheck returns from a one-game suspension to fullback with Peta Hiku shifting to centre and Gerard Beale out. Chanel Harris-Tavita starts at five-eighth for Kodi Nikorima (head knock) with Jazz Tevaga back from injury on the bench.

Gerard Beale and King Vuniyayawa were cut from the squad 24 hours before kick-off.

Adam Blair v Jai Arrow. This is about more than just two of the best hairstyles in the NRL, both men are proven rep performers who inspire those around them. Blair was immense against the Broncos last week while Arrow has all the attributes wanted from a top-line middle forward.

Ken Maumalo turned in a five-star performance in last week's win over Brisbane. As well as scoring two tries - one of which defied gravity - he ran for 291m (including 104 post-contact metres). Throw in two line breaks and 10 tackle breaks and you can see why coach Todd Payten was so impressed. 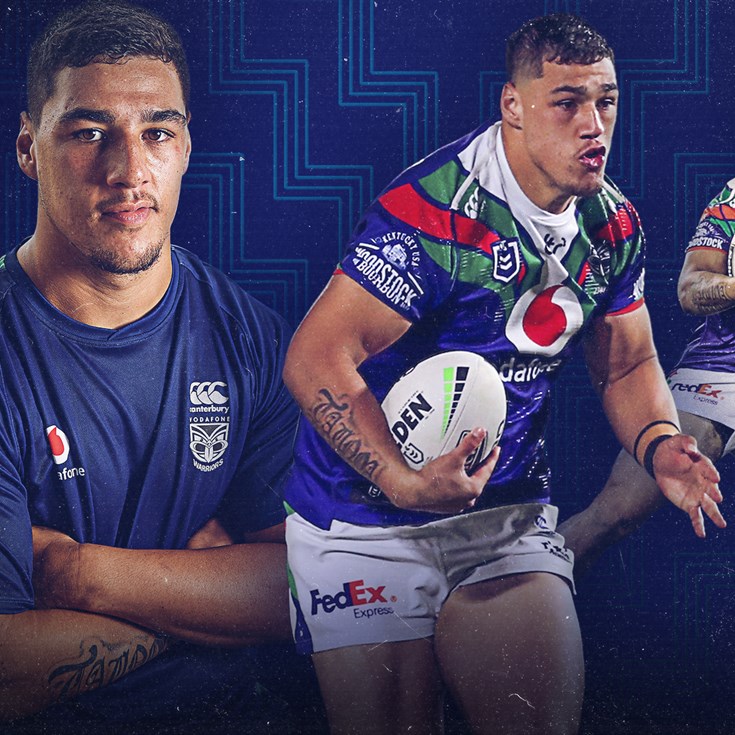