As he did for the Brisbane contest last week, Vodafone Warriors interim NRL coach Todd Payten has again confirmed a late back row swap ahead of the ninth-round NRL encounter with the Gold Coast Titans at Cbus Super Stadium in Robina tonight (6.00pm kick-off local time; 8.00pm NZT).

The move sees the outstanding Tohu Harris, who was originally named in the second row, switched to start at loose forward.

Regular hooker Karl Lawton, named in the #13 jersey on Tuesday, has been moved to the second row where he started against the Broncos.

Apart from that swap, Payten has confirmed the same 17 players listed earlier in the week for a match which sees the Vodafone Warriors chasing back-to-back wins for the first time since they accounted for St George Illawarra and Penrith in consecutive rounds in May last year.

It's a significant night for Jazz Tevaga, who'll come off the bench for his 58th career appearance but, more importantly his first game since September last year.

He has now fully recovered from offseason ankle surgery followed by knee and calf injuries which further hampered his comeback plans in recent weeks.

The 2018 Dally M interchange player of the year has been named in jersey #17 on a bench which also includes Penrith loan front rower Jack Hetherington, Agnatius Paasi and Isaiah Papali’i, who scored the match-clinching try in last Saturday’s 26-16 win over the Brisbane Broncos in Gosford.

Captain Roger Tuivasa-Sheck returns at fullback from a one-match suspension, Peta Hiku moves back into the centres for Gerard Beale.

The other notable change sees the club’s 2019 NRL rookie of the year Chanel Harris-Tavita named to partner Blake Green in the halves, coming in for Kiwi international Kodi Nikorima who has been ruled out after leaving the field with a head knock last week.

The starting front row is the same as the combination used against Brisbane with Wayde Egan at hooker and Adam Blair and Jamayne Taunoa-Brown as the props.

Still not fully recovered from an ankle injury is rookie second rower Eliesa Katoa who was involved in the first six matches of the campaign before being sidelined after the loss to the South Sydney Rabbitohs.

This away game is the first so far in the revived season involving air travel for the Vodafone Warriors. Their previous away matches were all in Sydney with the team making same-day return bus trips to play Penrith, South Sydney and Melbourne.

They travelled by bus to Newcastle this morning to catch a charter flight to Gold Coast. 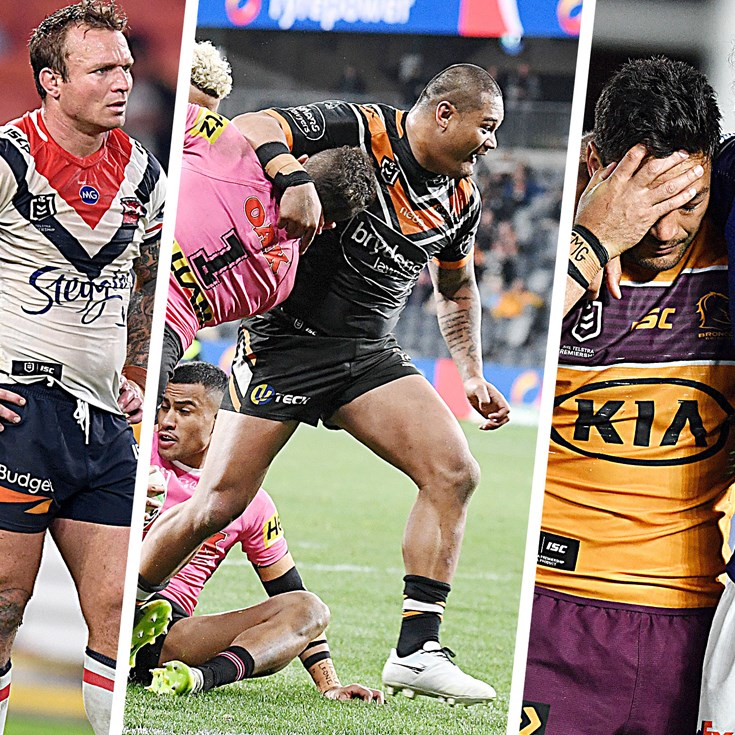