With his magnificent mullet flowing behind him, run-it-straight crusader Hitro Okesene started it all in 1995, providing the inspiration for our Warriors Cult Heroes, the last instalment of our special NRL ‘Team List Tuesday’ selections before normal transmission returns for the resumption of the 2020 season next week.

Indeed, the very mention of the term cult hero in New Zealand sport would see Okesene among the first names mentioned.

With the country riding the wave with the original Auckland Warriors in the Winfield Cup, Okesene captivated fans with his ferocious, fearless ball carrying charges at Ericsson Stadium. There was a buzz every time he took the ball up, never more so than when he hurtled forward from the back fence as the first ball carrier from kick-offs. It was breath-taking watching him throw himself at the chasing defensive line.

‘Nitro’, who turns 50 this year, played most of his career in England and still lives there. A Kiwi in 1995-1996 he also represented Western Samoa and American Samoa.

Anointed Warrior #10, he played just 22 times for the club with 17 of those appearances in the first season but the place he holds in Warriors folklore would suggest he topped 200 games.

Fellow Samoan Tony ‘The Chief’ Tuimavave was another foundation player who fitted the category. He had his own legion of fans for his brutal mentality. He wasn’t a big man but he absolutely feasted on the contact especially on defence, a human torpedo who would floor much bigger opponents (not always legally as his judicial record would attest). The fans loved him, though.

And then there was another ’95 original, the man who has gone on to be more synonymous with the club than any other player. Stacey Jones, of course. With his small stature and dazzling array of skills he was made to be a fan favourite. The Little General he was, still is and always will be.

In that trio the Vodafone Warriors could scarcely want for three better examples of what true cult heroes are, blazing a trail for a fantastic cast of favourites who have followed.

Standoff Gene Ngamu was another original who garnered a cult following and so did Canterbury’s Logan Edwards, even though his Warriors career was limited to 15 appearances in that debut campaign.

It’s inevitable that fan favourites should routinely be stars, the ultra-talented footballers who weave magic on the field, win games on their own, score bucket loads of tries, off load the ball at will or make line breaks galore, like Jones, Shaun Johnson, Manu Vatuvei, Kevin Locke, Lance Hohaia, Konrad Hurrell and Ali Lauitiiti.

When it comes to people’s choice voting they’re the kind of players who always win support ahead of the grafters or workers.

They all command a place in this Warriors Cult Heroes selection through influence and magnetism, each of them almost always known by nicknames or first names. So it was The Little General, SJ (which would have sat well with Jones, too, but never did), The Beast, Nobby, The Hobbit or the Huntly Hurricane, Koni and Ali. In the same breath there was Wade McKinnon – or Wado – who lit up a singe season (2007) in a way few others have matched in the club’s history. Others in the mix are Clinton Toopi, Francis Meli, Henry Fa’afili and Brent Webb while more could easily be added. It's all a matter of individual opinion on who fits the mould.

A constant in the cult hero group, though, can be found among those who ply their trade in the toughest part of the field – in the middle.

It brings ‘Nitro’ and ‘Chief’ back into the discussion and prompts memories of some fabulous crowd favourites in Mark Tookey (Tooks), Ruben Wiki (Rubes), Kevin Campion (Campo), Terry Hermansson (The Rock), Richard Villasanti (Villa the Gorilla), Jerry Seuseu (Jezza), Iafeta Paleaaesina (Feka or Feks), Sam Rapira (Sammy Raps), Ben Matulino (Big Ben) and Charlie Gubb (Gubby or the The Gubbmeister). They shared the same qualities and the same methods. Different in method but not in attitude were Simon Mannering and Micheal Luck. They can’t all fit into one team but what a collection of cult heroes right there.

That's not forgetting a wonderful personality and terrific player at hooker (or loose forward) who had a fan club all of his own – Doctor Death, also known as Jason Death.

And lastly and sadly the wonderful Sonny Fai. What he might have become, no one will ever be able to say. What he was, though, was special beyond compare. Everyone loved Sonny and he loved them right back. He’s the sentimental cult hero of them all. 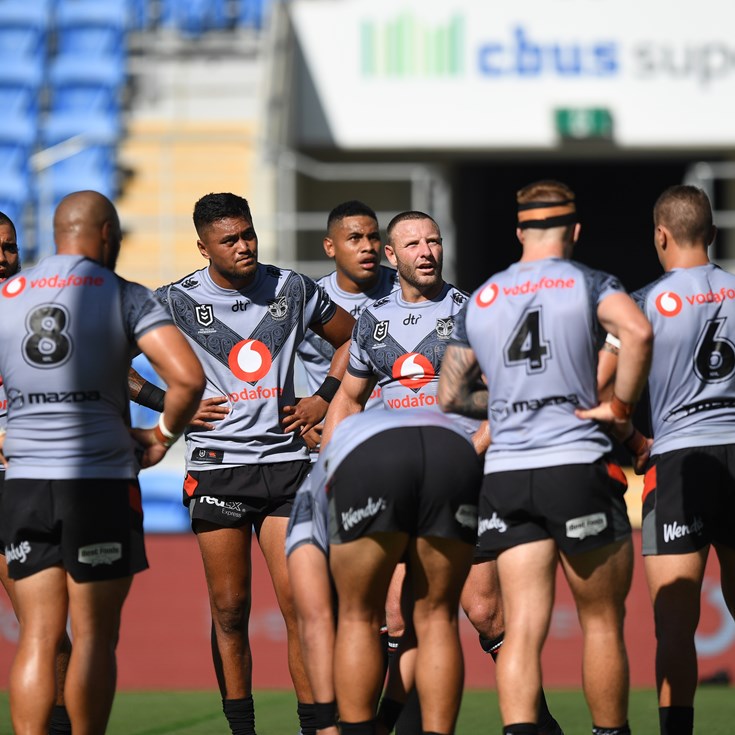