Frei, who joined the Vodafone Warriors in 2019, was a regular for feeder club Redcliffe in the Intrust Super Cup until the latest Covid-19 lockdown put the competition on hold. In 10 outings for the Dolphins he has averaged 104 metres and 25 tackles a game.

He will become the 34th player the Vodafone Warriors have used this season, the 15th to debut for the club and the sixth to play his first NRL game after Rocco Berry, Reece Walsh, Edward Kosi, Taniela Otukolo and Viliami Vailea.

In another key feature, experienced halfback Chad Townsend and hooker Wayde Egan are both on the extended bench after recovering from shoulder injuries.

Both Hiku and winger Dallin Watene-Zelezniak were set for a double 150th celebration this week but Watene-Zelezniak will now miss the match after failing to overturn a contrary conduct charge at the NRL judiciary tonight.

The Vodafone Warriors have also lost experienced front rowers Matt Lodge and Kane Evans after they took early guilty pleas on charges they picked up against the Sharks; Evans has been suspended for one match and Lodge for two.

With veteran Leeson Ah Mau cleared to return home early last month and Ben Murdoch-Masila out for the rest of the season with a foot injury, the Vodafone Warriors are left with only three established props in captain Addin Fonua-Blake, Bunty Afoa and Jamayne Taunoa-Brown.

Brown has brought Taunoa-Brown onto the interchange to replace Evans while Afoa remains on a bench which also includes Kodi Nikorima and Eliesa Katoa.

In their wins over the Tigers and Sharks – the first back-to-back successes this season – the Vodafone Warriors' back five were key to the performances.

Sunday’s match will have special meaning for the Vodafone Warriors playing a home game at feeder club Redcliffe’s Moreton Daily Stadium. Several of the players in this week’s side have appeared for the Redcliffe Dolphins in the Intrust Super Cup this season.

Of the 21 players named today, nine have played for the Dolphins at some stage this season. 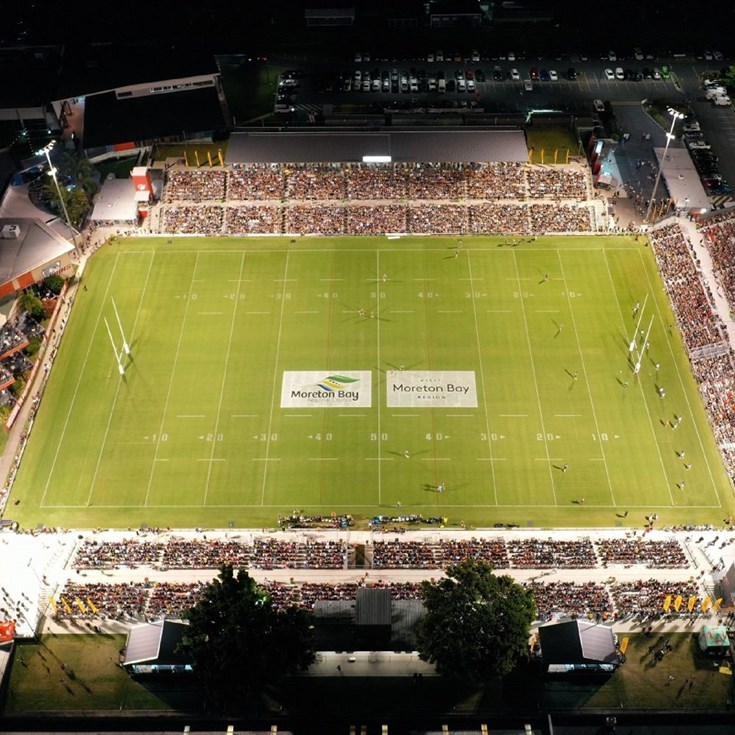 Fonua-Blake picks up votes to make team of the week