Jefferson (49) brings an extensive background in the community sector as the head of the foundation, which former Prime Minister Sir John Key helped to launch in June.

Previously involved with the John Walker ‘Find Your Field Of Dreams Foundation, Counties Manukau Sport, the Life Education Trust Counties Manukau and the Beautification Trust, former school teacher and father-of-four Jefferson says the Vodafone Warriors and rugby league have huge potential to make a difference to all communities.

“I love working in the community with our tamariki and rangatahi and I’m really excited about the journey we’re embarking on alongside the Vodafone Warriors,” he said.

“The potential to create something really special is a great driver.

“The community has been the lifeblood of the Vodafone Warriors for many years and now the Warriors Community Foundation will be the enabler to increase wellbeing within our communities.”

Jefferson, who’s of Jamaican, English and Spanish heritage, said the foundation had been created as a separate entity to expand and enhance the Vodafone Warriors’ commitment to future citizens.

“We’re all about connecting, educating and inspiring our communities through positive social change,” he said.

“Our team is committed to implementing long-lasting programmes that will have a positive and meaningful impact while also collaborating with likeminded organisations to build a better and brighter future for Aotearoa.

“The support of the Vodafone Warriors and Autex whānau in setting up the foundation has been incredible. It makes the mahi so much easier.”

“Our kaupapa and tikanga (values and principles) is to leverage the energy, values and mana of the Vodafone Warriors as a platform for promoting positive social change that makes a difference in New Zealand communities,” he said

“Our goal is to deliver initiatives that promote positive social outcomes that are relevant and topical.

Our goal is to deliver initiatives that promote positive social outcomes that are relevant and topical.

“We will tailor initiatives that can deliver stronger more resilient communities.

“The foundation was founded on the belief rugby league is more than just a sport, that it’s an avenue to bring people from all walks of life together, in a shared passion, who care about their whānau and the communities they are part of.”

·        Prepare to Perform | An exciting, dynamic game show programme designed to help develop minds and bodies to perform at their best, creating skills and wellbeing techniques that last a lifetime.

·        League in Libraries | Established with the aim of improving literacy achievement in primary schools.

Through its work in the community, the club has connected with 75 schools and about 14,000 pupils in the past year. The foundation aims to increase these numbers in 2021-2022.

Jefferson said another goal was to partner and kōrero with likeminded organisations and collaborate with well thought-out programmes that increase the hauora (wellbeing) of the community. He added the foundation is also in the process of designing new programmes to complement existing ones.

Special events will continue to feature on the foundation’s calendar with the Sir John Key luncheon being followed by a Charity Race Day at Ellerslie on October 23.

While Jefferson has recently been appointed CEO, the Warriors Community Foundation is able to draw on the vastly experienced Petrece Kesha who continues in her long-time role as general manager community relations. 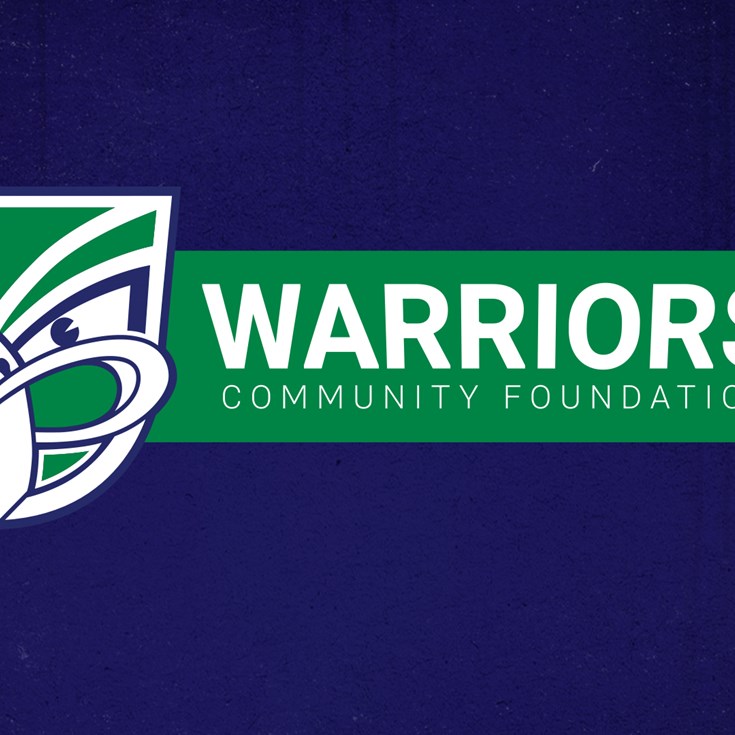