Beating Storm flyer Ryan Papenhuyzen to anything is no mean feat but that's exactly what Harry Grant has done to be named the best breakout star of 2020.

Grant had played just two NRL games at Melbourne in two seasons before a loan deal saw him land at Wests Tigers where he produced a stunning season to catapult himself into Wayne Bennett's Queensland team.

His brilliant performance on Origin debut in Game Three only emphasised Grant's standing as one of the NRL's brightest young stars and he will return to Melbourne a more complete and confident player than when he left.

Grant (45%) will team up in Melbourne with Papenhuyzen, who scored 27% of the fans' vote to finish a clear second in the breakout star polling, with Panther Stephen Crichton third.

While most of the men on NRL.com's shortlist are still in the early stages of their career (five are 20 years old and another three are 22), Storm centre Justin Olam was the exception at 26.

The PNG powerhouse went from squad member to automatic selection in a premiership-winning team within the space of six months.

Started the year outside South Sydney's best 17, finished it as Queensland's fullback in a series-winning Origin classic at Suncorp Stadium. The injury suffered by Rabbitohs star Latrell Mitchell created an opportunity for Allan.

He didn't need to be asked twice. Scored five tries in 10 NRL appearances as well as showcasing a skilled passing game. That improvement should continue in 2021.

The only teenager on this list, Best debuted two weeks after turning 18 in the final stages of the 2019 season. In 2020 he proved himself an NRL player with a big future after scoring eight tries in 11 matches.

Add four try assists, 28 tackle breaks and five line breaks to that and you have some indication of the powerful prospect Best is. Considering the dearth of genuine top-line centres, the rep scene may be closer than many people think.

Another to have marked their arrival on the scene in the cutthroat world of State of Origin football. After three NRL appearances in 2019, the just-completed season was one in which Coates' potential began to be realised. He scored five tries in 12 games as well as registering 30 tackle breaks and eight line breaks. A bright future with more representative appearances looms large.

Coates leaps his way to another Origin try

Entering 2020 with four games and no tries to his name, few could have imagined the impact the gifted young centre would have on the competition.

By the time Penrith's remarkable season had ended with a heartbreaking grand-final loss, Crichton had powered his way to 18 line breaks and 17 tries and stormed into the NSW Origin squad. A brilliant athlete with speed to burn and a sensational leap, Crichton thrived on the sensational service he received from halves Jarome Luai and Nathan Cleary.

After signing with the Titans for 2021 and beyond in December of 2019, Fa'asuamaleaui enjoyed a superb 2020 season. His commitment to the Storm didn't waiver as he showed just why he was such a valued signing for the Gold Coast. As the Storm's title-winning season developed, so too did the worth, and reputation, of the hulking middle forward. The ease with which he settled into Origin football says is it all.

Whenever Cameron Smith decides he's played his last match for the Storm there is no need to search for a replacement. A great year while on loan with the Wests Tigers proved no more than an entree of what Grant can do. The main course was a virtuoso display in the Origin decider. If his development continues the sky is the limit.

His rapid rise is all the more impressive when considering he hadn't played a match of rugby league until his late teenage years after having been a promising rugby union player to that point. After getting his chance in the opening round, Katoa managed 13 NRL matches in a rookie season affected a hand injury. New coach Nathan Brown should enjoy working with this unpolished diamond.

Martin, who said in 2019 he'd questioned whether he'd be good enough for the NRL, ended 2020 somewhat unfortunate to not have won a spot in the NSW Blues extended squad for the Ampol State of Origin series.

In 21 appearances in 2020, Martin became an indispensable member of the Penrith team. Five tries and a tackle efficiency rate pushing 90 per cent. He made just one error in 70 minutes during a hard-working display in the grand final.

Martin flies above the pack

The outlier among this group, 26-year-old Olam became a relied-upon member of the Storm side with a series of powerhouse displays. Eleven tries in 21 matches doesn't being to do justice to the impact he had with Melbourne.

His defending was ferocious and his willingness to complete the task assigned to him each week would have made coach Craig Bellamy sleep well at night.

One of the most electrifying talents in rugby league, the Melbourne fullback capped a memorable year by scoring a sizzling try in the grand final and coming within an ace of making a State of Origin debut.

In hindsight, there seems little doubt the 22-year-old should have been on the Blues bench for the decider, but his time will come. Chalked up 15 line breaks and 70 tackle breaks to ensure the famous Storm No.1 jersey will be his for the next decade. Great pace, great instincts, great to watch. 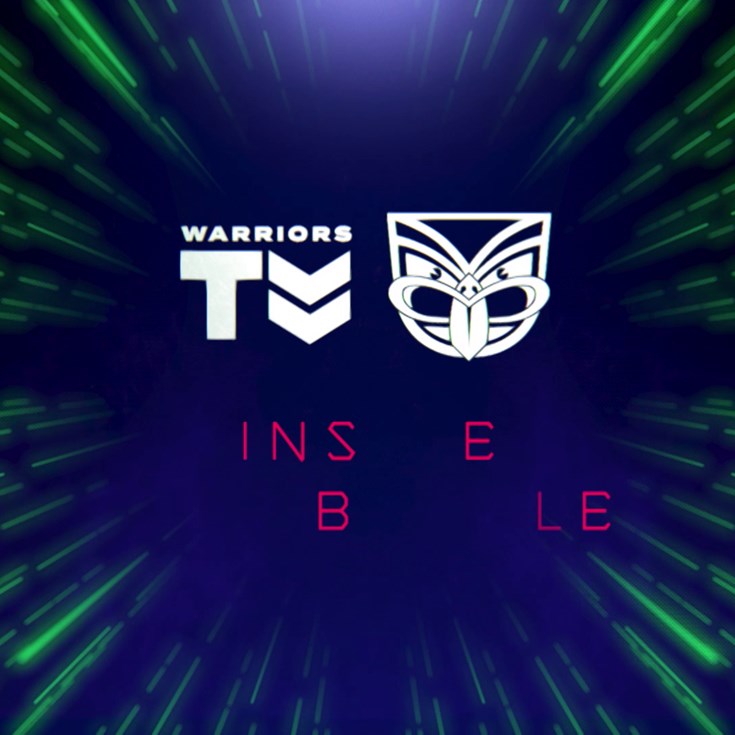 Warriors TV: Inside the bubble with Tohu and Eliesa