Warriors rookie Eliesa Katoa had played just 13 games of rugby league prior to his NRL debut in round one after starring in junior rugby, with the code-switch made for the good of his family.

Speaking to NRL.com after bagging his maiden NRL try in an 18-0 shutout of the Dragons at Central Coast Stadium on Saturday, Katoa frequently mentions his family back home in Tonga and how everything he is doing – including the switch from union to league – is for them.

"The reason why I wanted to play league is to help my family, whatever helps my family I'll go with it."

His tally includes 11 games of Jersey Flegg in 2019 and two NRL trials before his round one debut.

A regular in national age group rugby sides in Tonga, Katoa made several representative trips to New Zealand which resulted in a scholarship to Tamaki College for his senior years, where he played First XV until then being scouted by the Warriors when he finished school.

"I finished school in 2018 and I was playing First XV rugby and got the opportunity to come play for these guys," he said.

"All my family is back in Tonga. I moved to New Zealand from Tongan rugby union in under-16s and I got a scholarship to one of the schools called Tamaki College in east Auckland and it started from there."

Katoa missed half of last year's Jersey Flegg season with injury before an impressive 2020 pre-season earned him a call-up to the senior side in round one and with back-to-back players' player nods to start his career he hasn't looked back.

"I'm lucky, all the boys have helped me a lot and the coaches. I always ask questions if I don't know something, ask the boys how they do something and they help me, they want me to get better."

Given Katoa's family is back in Tonga and he was already living away from them in Auckland, he feels like his sacrifice in coming over to be based in Australia pales in comparison to his teammates, who have made sacrifices to leave partners and young children behind.

"My family is all back in Tonga. I'm happy for them because there's no (COVID-19) cases there and not much back in New Zealand so I'm happy with my family in Tonga. I want to help all my family and if this is what it takes to help my family then why not."

He may have only played 11 games of rugby league but there need be no concerns about Katoa's focus on what the Warriors need to do to carry on the momentum from their first win of the season.

"We just have to back it up, we've got a game against Penrith next week so hopefully I get picked for that game and we do what we do again," he said.

Coach Steve Kearney had praise for Katoa and his fellow rookies Jamayne Taunoa-Brown and Jack Murchie.

"Those young guys have worked really hard during the pre-season," Kearney said.

"I've got trust they can get a job done for us and they've gone out there and done that. Young Murchie has just joined us this week, he's done a job, Karl Lawton jumped out to left centre (after Peta Hiku was injured); I'm really pleased for those young guys." 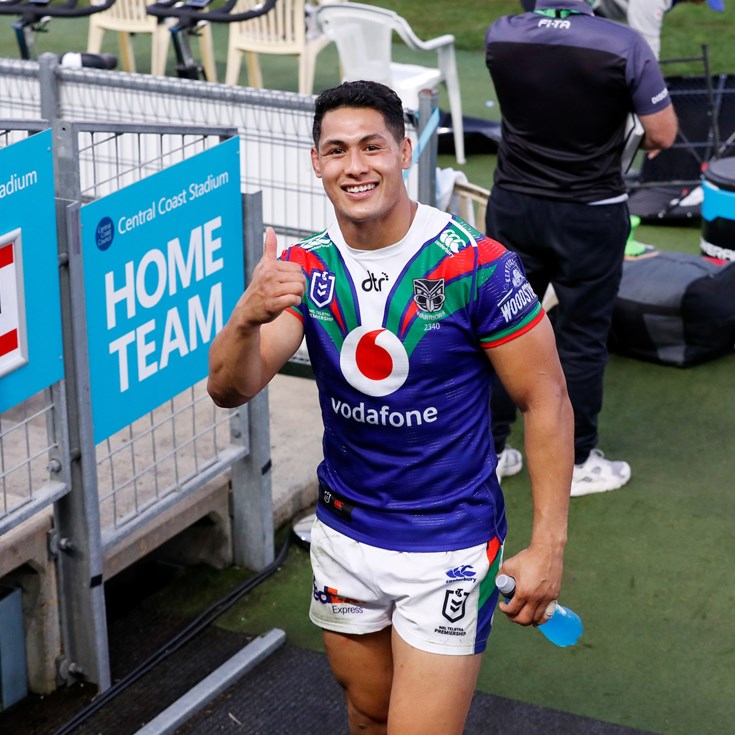