The Vodafone Warriors have been recognised on multiple levels at the 2020 NRL Dally M Awards winning five categories and being finalists in another five.

The whole team headed the list of achievements by being voted winners of the prestigious Provan-Summons Medal, the NRL’s spirit of the game award.

It’s an accolade usually reserved for an individual player who best demonstrates the qualities of sportsmanship, courage and respect during the season.

But in a departure with tradition in such an extraordinary year, the Vodafone Warriors were given the award, acknowledging the exceptional sacrifices they had made and the way they conducted themselves during a tumultuous campaign.

Well deserved! Thank you Vodafone Warriors, the spirit of the game award is rightly yours 😍 #DallyM

In the same vein 2018 Dally M winner Roger Tuivasa-Sheck was named the Dally M captain of the year to provide another level of recognition for the Vodafone Warriors’ unique circumstances.

It didn’t stop there with Tohu Harris named one of the two Dally M second rowers of the year alongside Penrith’s Viliame Kikau (despite Harris playing the season as a middle forward while wearing the #12 jersey). Harris was also a joint winner of the Hard-Earned player of the year award with Manly’s Jake Trbojevic.

Another award win came with the NRLW try of the year for winger Madison Bartlett’s touchdown – off a stupendous Shontelle Stowers offload – in the Warriors’ 22-10 season-ending win over St George Illawarra last Saturday.

Unlucky not to be voted NRL try of the year was the astounding effort started and finished by Chanel Harris-Tavita in the Vodafone Warriors’ narrow loss to Parramatta. He was one of four finalists for that award.

The halfback was also a finalist for the NRL tackle of the year for his astonishing shot on Penrith second rower Liam Martin.

The club is in contention for more awards success as well with three major honours to be announced on NRL grand final day on Sunday.

The Vodafone Warriors have both their NRL and NRLW captains among the finalists for the NRL’s two sought-after community awards, Tuivasa-Sheck for the Ken Stephen Medal and Georgia Hale for the Veronica White Medal (won by Warriors centre Honey Hireme-Smiler last year).

And Tuivasa-Sheck is one of the five finalists for The Players’ Champion, the Rugby League Players’ Association’s peer-led player of the year award. 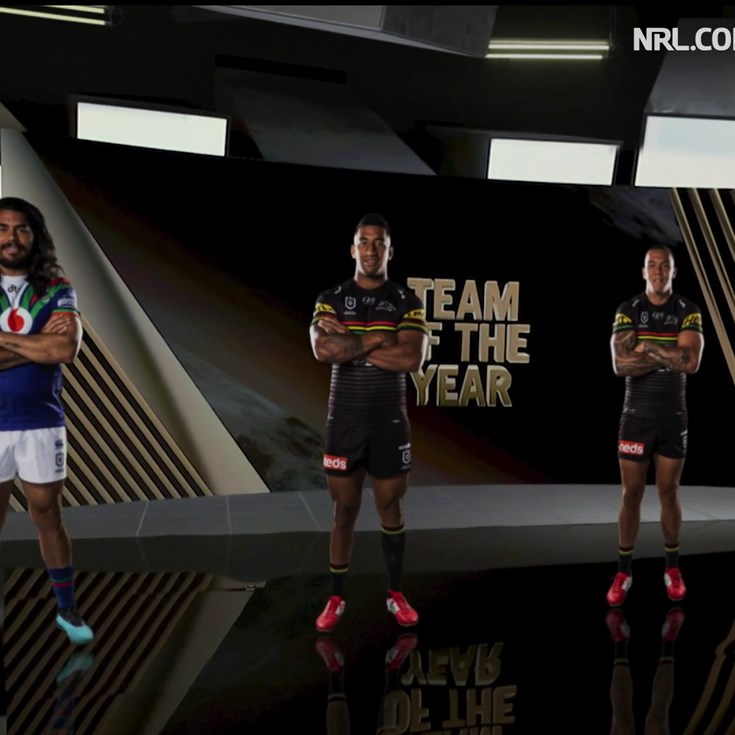 Harris named in Dally M team of the year

As it happened on NRL's big night