Wighton becomes the third Raider to win the Dally M, staving off Clint Gutherson and Nathan Cleary in a thrilling finish.

Brigginshaw will lead the Broncos in search of a third straight NRLW premiership this Sunday.

Here's how the night unfolded:

9.15pm: Canberra's Jack Wighton is the 2020 Dally M Medal winner, clinging on to his lead from Clint Gutherson and Nathan Cleary despite being rested in round 20.

9.10pm The Team of the Year is completed with Clint Gutherson, Cameron Smith, Isaah Yeo, Jack Wighton and Nathan Cleary added to the side. Minor premiers the Panthers have five players in the Team of the Year.

9.00pm Brisbane's Ali Brigginshaw is named as the Dally M female player of the year after another oustanding season with the Broncos as they chase a three-peat.

8.55pm: Wingers David Nofoaluma and Josh Addo-Carr and centres Kotoni Staggs and Stephen Crichton are added to the Team of the Year.

8.40pm: The Coach of the Year for 2020 is Panthers mentor Ivan Cleary, who has taken his team to 17 wins in a row, the minor premiership and now a shot at the club's third premiership. "A coach is nothing without his players and staff, and I have outstanding players and staff," Cleary said.

8.25pm: The Provan Summons Medal has been won by the New Zealand Warriors for their effort in relocating for the entire season to help keep the competition alive. Back-rower Adam Blair said the team played footy they were proud of despite not knowing how long they would be leaving their families for.

8.20pm: The Dally M Team of the Year is being announced, starting with props Josh Papalii and James Fisher-Harris up front and Viliame Kikau and Tohu Harris in the second row.

7.15pm: The NRL Rookie of the Year is Wests Tigers hooker Harry Grant, who described the year as "pretty special". The 22-year-old played 15 games for the Tigers after swapping from the Storm and enjoyed a superb season.

7.10pm: Rabbitohs winger Alex Johnston is the Ken Irvine Medalist in 2020 as the NRL's top tryscorer. Johnston scored a remarkable five tries in the final round against the Roosters to move to the top of the charts.

7.05pm: The Peter Frilingos Headline Moment of the Year is the NRL's Project Apollo, which was launched to get the competition back up and running in the midst of the COVID-19 pandemic. On May 28 the NRL returned to the paddock.

6.55pm: The Dally M Captain of the Year is the Warriors' inspirational skipper Roger Tuivasa-Sheck, who led his men through the toughest of seasons as they spent months away from home to help keep the competition alive.

6.40pm: Rooster Kennedy Cherrington has been voted the Rebel NRLW Rookie of the Year for her fine debut season.

6.35pm: Warrior Madison Bartlett has taken out the NRLW Try of the Year award and Rooster Hannah Southwell won the NRLW Tackle of the Year for her shot on Georgia Hale.

6.20pm: Broncos centre Kotoni Staggs wins the Drinkwise Try of the Year award for his stunning individual effort against the Dragons in round 15 when he bamboozled Euan Aitken and stepped Matt Dufty to score a pearler.

Try of the Year - Kotoni Staggs

6.15pm: Raiders big man Josh Papalii wins Youi Tackle of the Year honours for his incredible effort to run down Titans half Jamal Fogarty in round 15 at Cbus Super Stadium.

Tackle of the Year - Josh Papalii 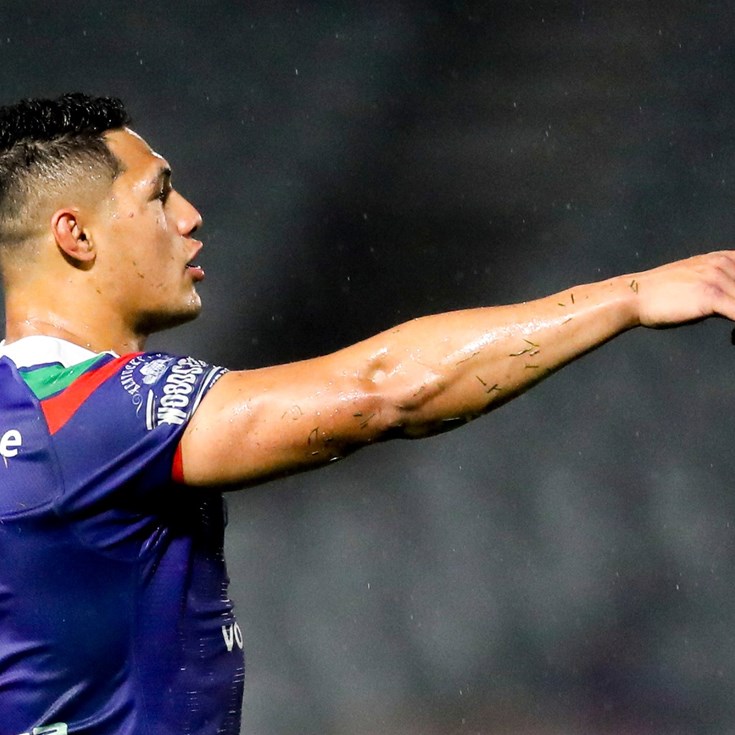