She is Sydney Roosters through and through but Kirra Dibb's last-minute switch to the Warriors was a mutual decision driven by both player and club for the good of the women's game.

Dibb was a surprise face named in the Warriors squad for the third NRLW season beginning on October 3, joining the likes of former Broncos forward Tazmin Gray and Roosters teammate Karina Brown as key recruits in 2020.

The Jillaroos five-eighth had begun training with the Roosters under Jamie Feeney for a week before receiving a call from Warriors coach Brad Donald to make a frantic change.

Along with rising forward Sam Economos, both clubs came to an agreement that will se the pair run out in Warriors colours despite committing to the Roosters a few weeks earlier.

The Tricolours are expected to play Charlotte Caslick in the halves with Zahara Temara, Corban McGregor and Melanie Howard gunning for the other playmaker role.

"Brad just asked if I wanted to play and I saw it as a really cool opportunity," Dibb told NRL.com.

"The Roosters have been great with assisting from Feens to Craig Walker, they wanted to do their part to help Warriors and the women's game.

"It's not something I thought was going to happen in July. I thought I was going back to the Roosters but with everything happening with COVID-19 and the Warriors, we did a little loan."

Sharpe: 'You can’t be what you can’t see'

Dibb joined her new teammates in Narrabeen on Sunday and was welcomed by New Zealand-based players Georgia Hale, Madison Bartlett, Crystal Tamarua, Hilda Peters and Kanyon Paul, who have completed a 14-day quarantine.

"The girls did an awesome job with the opening ceremony, they sung and spoke in Maori and we all introduced each other," Dibb said.

"It was just a cool environment and I'm excited to play with those girls, everyone is, there's a great vibe and we want to do well for the club.

"These New Zealand girls have given up a lot and made some big sacrifices to be playing here so it's nice to be able to help out and get to know them.

"The short preparation is not ideal but I'm confident we can come together fast and really make the jersey proud."

Dibb is unsure who she will partner in the halves but as the incumbent Jillaroos No.6 she wants to continue building her career after bursting on to the scene last season.

"I take plenty into this season, it was a nice year but there are definitely things I want to fix," she said.

"I hope by playing under some different coaches I can do that and stay high up in the ranks for a long time."

Dibb picked Hale and rugby sevens recruit Ellia Green as players she was looking forward to playing alongside over the four-week competition.

"Georgia is such a competitor on the field and being able to hear how she addressed us, you can see why she's the captain," Dibb said.

"Her leadership is mesmerising, and Ellia Green – you can't go wrong with the highlights there. I'm just glad she'll be on my side." 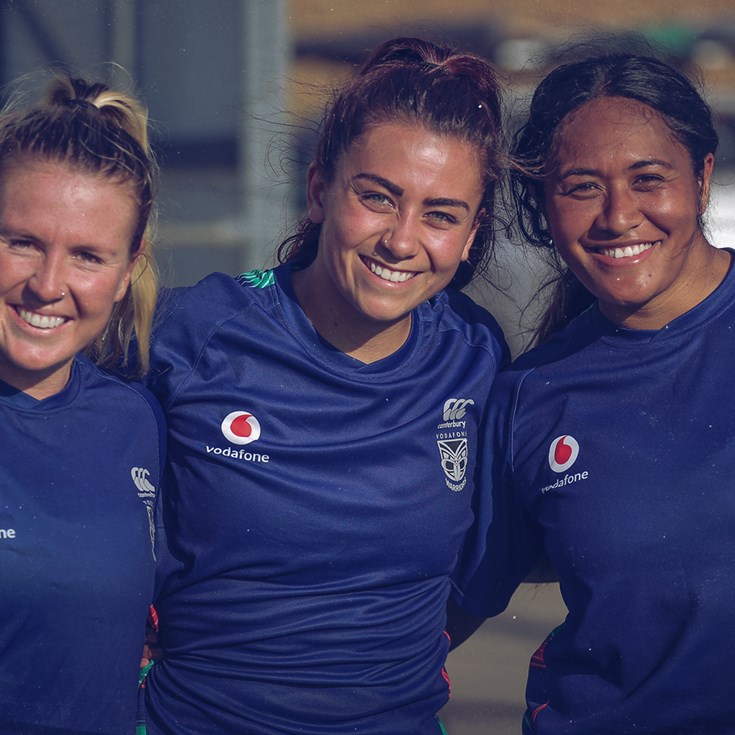