If you ever take a drive from Sydney to Newcastle and drive along the Brooklyn bridge, you'll see a small island on the left that is about to inspire the Warriors' NRLW campaign in 2020.

Located an hour north of Sydney in the Hawkesbury river, Milson Island is usually busy hosting school camps, weddings and tour groups throughout the month of September with a 200-person capacity.

Previously, the land has been used as a hospital for World War I soldiers, an alcohol rehabilitation clinic and a women's jail.

But today the vacant sport and recreation centre is catering to five Warriors NRLW players, two support staff, and Broncos forward Amber Hall, who all arrived to Australia last Saturday to begin a 14-day quarantine ahead of the third season.

"It doesn't feel like isolation, there's a huge field to train on and a swimming pool for recovery," Warriors winger Madison Bartlett told NRL.com.

"The whole week has been a wild adventure. We got to Sydney on Saturday and stayed in the CBD for three days.

"We got some equipment dropped off to us so just got through a bit of training and made do.

"Then we got on a boat and didn't really know where we were going. Everywhere we go is a world of the unknown, we just get on the bus and listen to the right people.

"But the staff here are unbelievable – so kind and going to all lengths to get anything we need.

"We're so pumped, we talk about it every day that we're grateful to be over here."

While Bartlett may be grateful, the NRL will be just as proud of the "fab five" efforts to represent the Warriors this season after the NRLW was given the all-clear to go ahead in June.

Bartlett, a student liaison officer, received the green light from her employers at Massey University to embark on the eight-week trip, which includes another 14-day quarantine once returning to New Zealand.

Georgia Hale, Hilda Peters and Crystal Tamarua have all taken leave at their jobs – some without pay – while Kanyon Paul continues to study a Bachelor of Health, Sport and Human Performance degree on the island.

"It's been an emotional rollercoaster, at no one's fault because of all the uncertainty, but we were getting information at the last minute and things were always changing," Bartlett said.

"I wouldn't have been able to come if it wasn't for my job, which I love, letting me do this.

"I love rugby league but it's important I have a job to go back to. My dad probably needed the most convincing, I had to really explain everything in place, how safe it would be, and now he's stoked I came over."

Aside from a close encounter with a snake a day after arriving on the island, the women have been able to train as a group before they'll link with their new teammates and coach Brad Donald in another week.

While they're yet to find out who their teammates are, Bartlett insisted there will be no issues bringing the team together in a short space of time.

"Especially in isolation we've got a bit of time to work on that – bringing the values that we hold back home and drive that into the team as a group of five," she said.

"We want to introduce those into our team. The situation, in general, is crazy for everyone so it's going to be a time to remember. Brad is something special and we've all put our trust in him.

"He was like I'm all in – and you can tell the people who say they are but aren't – but you can tell with him he really is. He's texting, calling and trying to keep us in the loop.

"We've been using a lot of Maori words so that will be fun to teach him but overall he's got a good feel for who we are and with a leader like him, Bucko [Simon Buxton] and Andrew [McEwen] … I don't think we can go wrong.

"We just want to play footy. At the core of everything is footy." 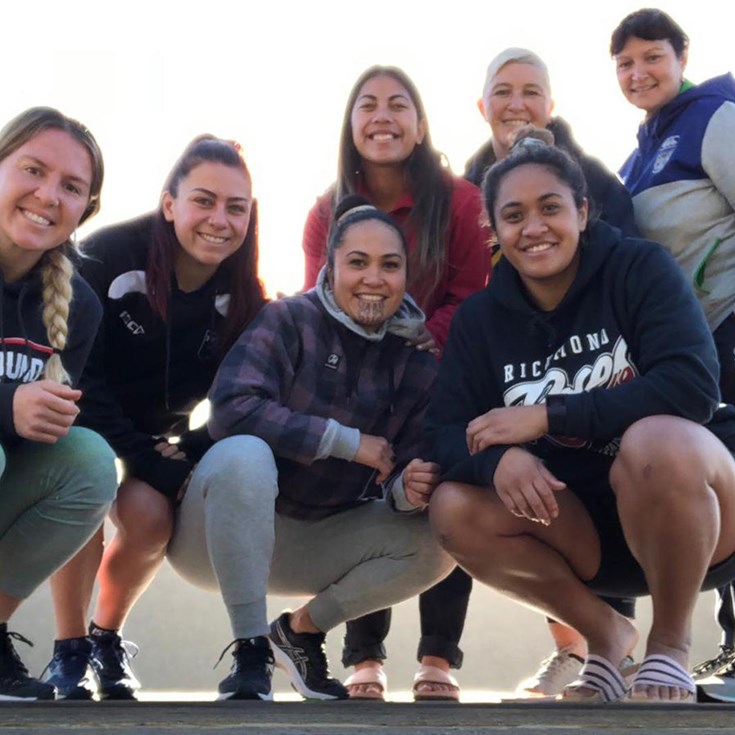