In the latest instalment a 10-part series on some of women’s rugby league’s main trailblazers for Harvey Norman Women In League Round, Brad Walter looks at the remarkable contribution on and off the field of Kiwi Ferns trailblazer Nadene Conlon.

After matching the feat of her brother Aron, who had captained the Junior Kiwis, former Kiwi Ferns captain Nadene Conlon’s father told her: "I never thought I’d have two rugby league players in the family, let alone two who have captained their country."

Conlon is a rugby league pioneer – as a member of the inaugural Kiwi Ferns in 1995, and long-serving player and captain, and in her off-field career with the Auckland Rugby League, Warriors and NZRL.

Born into a rugby league family boasting three generations of involvement with Glenora Bears, which included a recent stint by Aron as chairman, Conlon has been leading the way for women in the game for more than 25 years.

It was quite ballsy of the NZRL to appoint me – not because I am not qualified but just from a perception point of view.

Conlon made 36 appearances from 1995 to 2005 for the Kiwi Ferns without tasting defeat, which included captaining New Zealand to World Cup glory in 2000.

Her most significant contribution may be bringing the Kiwi Ferns fully into the NZRL fold after their first World Cup defeat by the Jillaroos in 2013 and ensuring equal billing for the team with the Kiwis.

"Coming back into the women’s game and bringing them under the governing body was a big thing for me," said Conlon, who joined the NZRL from the Warriors in 2014. "It was huge actually, just to provide more opportunity for the women.

"We were much the same as the Jillaroos, in that the women sat outside the organisation as an affiliate and the women’s committee did an amazing job - they were all volunteers with little resources.

"But for us to move forward and to provide more opportunity, and also to try and get equality, then we needed to come under the governing body."

They played a Test against the Jillaroos as a curtain-raiser to the 2014 Four Nations clash between Australia and Samoa at WIN Stadium.

The following season, the Kiwi Ferns were included in the NRL Nines at Eden Park and played a three-match series against the Jillaroos at the 2015, 2016 and 2017 tournaments before the introduction of the NRLW in 2018.

"It’s great for me to be able to work in the men’s space and still be involved with the women as well," said Conlon, who was appointed as the NZRL’s first full-time Kiwis and national teams manager in 2016.

"When my role became full-time I thought it was quite ballsy of the NZRL to appoint me – not because I am not qualified for the role but just from a perception point of view.

"Even though I have had to fight my way through I have been offered opportunities and I am grateful for that.

"Hopefully it is seen as a good breakthrough for women, just because it hadn’t been done before or was the norm, and hopefully that perception changes."

Growth of the women's game

Conlon began playing in 1993 amid an explosion of interest in the game in New Zealand, coinciding with the decision to admit the Warriors to the premiership in 1995.

"I played rep touch, and netball and some other sports, and then I got the opportunity to play league in my late teens," she said.

"I was bought up in a rugby league family so I have been involved in the game all my life. My grandfather was the treasurer of Glenora Bears, my dad played and coached, and my brother played and coached, as well as having a stint as chairperson of the club. He captained the Junior Kiwis.

"I never actually played for Glenora because they didn’t have a women’s team when I played but I did a lot of volunteer work at the club, and managed some [junior] teams.

"There had been a women’s competition on and off over the years but it really took off in 1993. Touch was booming and there were a lot of women who wanted to play league but hadn’t had the opportunity so when the competition came about it was quite strong."

The game was booming around New Zealand, with the establishment of provincial competitions like the Lion Red Cup and the Super League, with Conlon playing for Waitakere Raiders – one of four Auckland-based representative teams.

Strength to strength: NRL celebrates 14th Women in League Round

A women’s competition was introduced into the national Maori tournament and there were sevens and nines competitions.

The Kiwi Ferns and the Jillaroos played two Tests at Lidcombe Oval, Sydney and Brisbane's Davies Park, with the tourists beginning what was set to become an 18-year domination until the 2013 World Cup.

Other matches on the 1995 tour were against a NSW Presidents XIII at North Sydney Oval, a combined Sydney team at Ringrose Park, Canberra at Freebody Field and Queensland at Davies Field and Seagulls Stadium.

"We did it on the smell of an oily rag and we had to fund-raise but we just had such a great time and there was such a great bond within the team. Everyone was really driven," Conlon said.

"People say it’s not fair that you had to pay and you never got paid but I think that because of that everyone was there because they loved it.

"The whole time I played we never lost a game against anybody in that 11-year period. I don’t think we had any more talent as such but we just had sheer playing numbers, which drove competitiveness from within."

Conlon became vice-captain in 1997 and then took over as captain before the first women’s World Cup in England in 2000.

"Some of the Jillaroos players that stand out to me were Katrina Fanning, Natalie Dwyer, Veronica White, Karyn Murphy and Tahnee Norris. A lot of them have remained involved in the game."

Breaking through the glass ceiling

In contrast, Conlon and fellow foundation player Luisa Avaiki, who was the Warriors' NRLW coach for the first two seasons and is now the NZRL’s head of women’s rugby league, are among the few Kiwi Ferns to move into off-field roles.

"There are girls who have done a bit of coaching at club level but not many others who have had a long history in the game in a work capacity.

"It is more common now to see women in marketing roles, community roles, well-being roles and events roles but there aren’t a lot of women in the football operations areas."

Conlon’s initial off-field job was as a coaching and development officer for the Auckland Rugby League in 2000.

"I was the first woman in a proper and paid coaching and development role in New Zealand."

During her first stint with the NZRL as logistics and events manager from 2002 to 2007, Conlon helped initiate national under 16s and under 18s championships and was involved in staging domestic club matches as curtain-raisers to Warriors games.

After a stint with SFX Sports in Sydney, Conlon joined the Warriors in 2008, initially as an event and match day manager before becoming team manager for the NRL and under 20s teams.

Her job with the NZRL has also evolved from managing the domestic competitions as well as the Kiwis in 2014, to becoming the first full-time team manager for the New Zealand Test side.

Conlon has had to deal with the 2017 World Cup fall-out after the Kiwis were shock losers at the quarter-final stage, negotiate with authorities in Dubai who refused to allow the coaching staff to take a drone out of the airport and organise the Denver Test in 2018.

"We had to go and put forward to an NRL CEOs meeting all the measures we were going to put in place, and they were quite against it going ahead, for good reason. I totally get all sides," she said.

"Then we got it across the line and it was really interesting working through a promotional company [Moore Sports]. They had no idea of the operational side of things at all, and when we got over there we had to try to sort things out on the hop."

The Kiwis were caught in huge snow storm after the match and flights home were cancelled, much to the frustration of the players' NRL clubs. Manly prop Martin Taupau arrived home two days after his scheduled return.

"I had to email all the managers and say I’m just letting you know that the players were going to be even later but they were all really good about it.

"We had to try and find accommodation and get meals all of that for the team while we had to wait. I think by the next night we had managed to get everyone out and then Marty’s flight got cancelled again. It wasn’t ideal."

Tributes to a trailblazer

The Denver Test was Maguire’s first in charge of the Kiwis and the Wests Tigers mentor spoke of the respect he had for Conlon and her work ethic and management skills.

"Nadene is a huge asset to New Zealand Rugby League, with how she looks after both the men and the women in such a large job and knows all the specifics required either when you are on tour and away from home or playing in Auckland," Maguire said.

"She played at the highest level for a long period at a time when the players had to carry a job and pay for their own tours and she is very humble and grateful around the comparisons and the joys of the girls and men now being paid and enjoying the sport in a different way."

Richardson, the former South Sydney CEO, worked with Conlon during the 2017 World Cup.

"New Zealand players love her, she is really strong with time, they trust her and she is the only constant really in New Zealand Rugby League," he said.

"Chairmen and CEOs and coaches have come and gone but Nadene has survived because works really hard, she is very good at her job and she gets on with people. She is a really resilient and tough lady, really well organised, hard-working and a great mother. I can’t speak highly enough of her."

Becht has worked with Conlon at the Warriors or Kiwis since 2004.

"She seems to have 1000 things on the go at once but handles it all smoothly. You don’t see her flustered," he said. "With the Kiwis on tour she is always working and supporting whatever needs to be done, all day every day and way into the night." 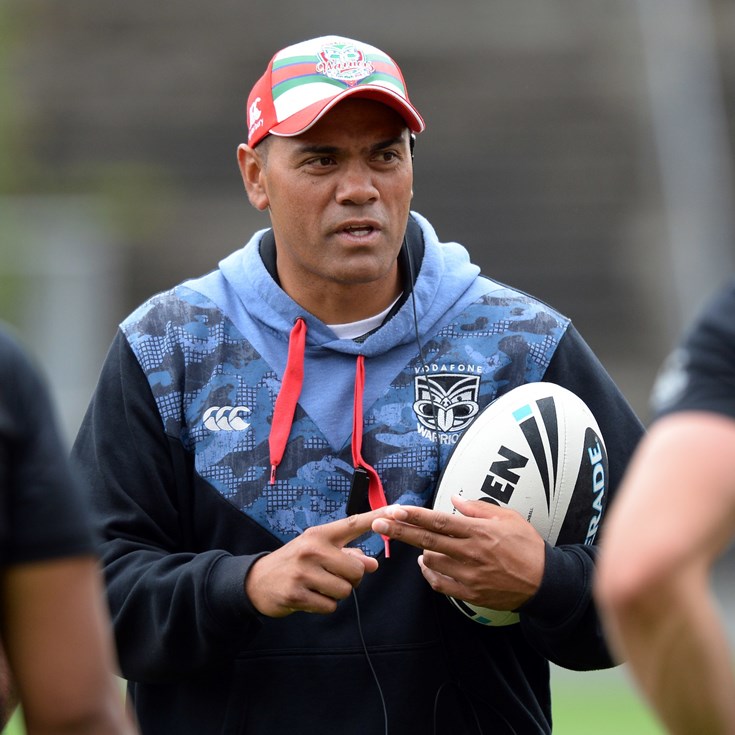