Five stunning tries, a huge victory and Gary Freeman being sent off to the tune of ‘Hit the road Jack’ make the 1996 Auckland Warriors-Parramatta clash at Ericsson Stadium vintage fare for this week’s edition of Throwback Thursday (presented by Mazda).

More than 23,000 fans were in the house as the home side took a 4-0 lead through some slick ball work on the last tackle for Sean Hoppe to score wide out on the right.

Fielding four magic ball players in Gene Ngamu at fullback, Stacey Jones and Greg Alexander in the halves and Phil Blake moved to hooker, the Warriors had the ball singing later in the half with a try seemingly imminent.

After some razzle dazzle in the build-up, Alexander poked a kick through to Parramatta’s in-goal but was impeded by Freeman as he chased the kick, earning the Eel a 10-minute stint in the bin from referee Neil Almond.

The half finished with the Warriors leading 10-0 after a classic long-range effort, the ball kept alive and Ngamu spearing through to put Alexander in between the posts.

Into the second half and Blake created havoc from inside his half, finding Stephen Kearney in support. He off loaded to Tea Ropati before Denis Betts handled, found Jones and he shot through to link with John Kirwan on his shoulder for the first of his two tries.

His second came as the Warriors hit from distance again, Tony Tatupu making the break to send Kirwan away.

More was in store when big Joe Vagana charged upfield, busting tackles before being checked. Freeman prevented Vagana getting up to play the ball and Almond gave the Kiwi international his marching orders. Freeman remonstrated before walking off to the accompaniment of ‘Hit the road Jack’ blasting out of the PA with the fans giving it plenty.

The final statement came from the home side, again from near halfway, with Jones busting the Eels open up the middle for loose forward Mark Horo to score. 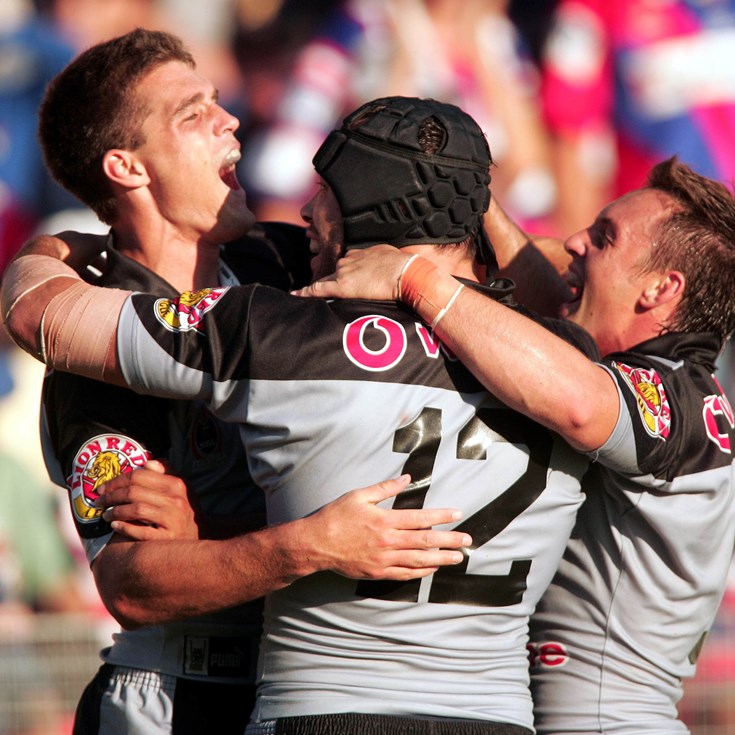