Ahead of the 46th encounter between the two clubs tomorrow night, this week's edition of Throwback Thursday (presented by Mazda) puts the spotlight on the Vodafone Warriors’ first away game against the Penrith Panthers.

It was in round 12 of the 1996 season, the two teams having met at Ericsson Stadium in the Auckland Warriors' debut season in 1995 when the Panthers dominated to win 34-16.

The second meeting had special significance for 1996 captain Greg Alexander as he lined up against his old club on its home ground for the first time.

Also significant was one key aspect of the team selection which, for the first time, featured two former All Blacks on the wings.

Rugby union great John Kirwan had joined the Warriors in their first season in 1995 while Marc Ellis was the big signing for 1996. In previous rounds Ellis had been used at fullback or on the bench and once on the wing while Kirwan had been on the wing but at fullback the one occasion Ellis lined up on the wing.

This time, though, they were paired on the opposite flanks – and had a day to remember.

Dazzling ball work and multiple hands were involved for Ellis’ first, Stacey Jones involved twice, popping up to accept a Stephen Kearney off load before setting up Ellis who had some work to do before crashing over wide out on the right.

In the second half the Warriors shifted the ball from the right 40 metres out through Jones, Alexander, Gene Ngamu and debutant centre Anthony Swann, who off loaded to Kirwan. The big left winger had some traffic in front of him but shook off two defenders as he set off on a 30-metre dash to the line.

For his second, Ellis popped up on the left edge, taking a wonderful wide pass from Ngamu to score the Warriors’ fifth and final try of the match to open up a 26-12 lead. 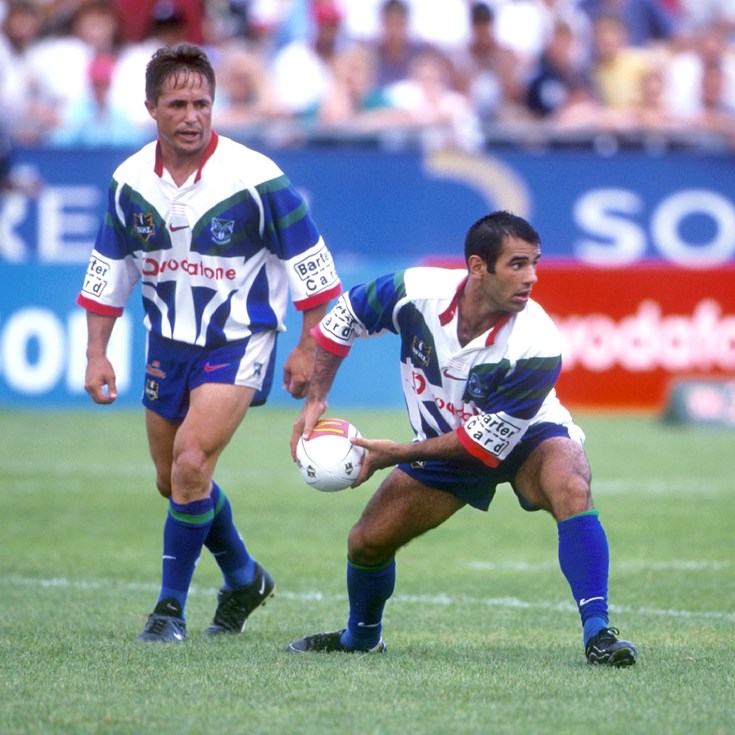