Like most front rowers, scoring even one try in any game, never mind two in the same match, was a huge thrill for Vodafone Warriors cult hero Mark Tookey.

Which means May 5, 2002, stands out as an unforgettable day for him in a 125-game career which also included stints with the South Queensland Crushers and the Parramatta Eels.

Because it was on this day big Tooks scored not just one try but two as the Vodafone Warriors surged to an exceptional 36-14 victory over the Wests Tigers at Campbelltown Sports Stadium, their first win at the fifth attempt over the joint venture club.

It wasn’t just a first for Tookey but the only time he scored a double in a career which featured 16 tries in all.

The first came 22 minutes into the contest with the Vodafone Warriors just 4-0 ahead. From the left side of the field, Stacey Jones dropped a deft, centimetre-perfect banana kick in front of the Tigers’ posts. Angling in from the right, Tookey, who had just been injected from the bench, timed his run perfectly, squeezing in between Tigers forwards Mark O’Neill and John Skandalis to latch onto the kick and charge to the line.

With the Vodafone Warriors ahead 24-8 midway through the second half, Jones and Kevin Campion combined for Tookey’s second, the big man rumbling onto Campion’s inside ball to put his team in total control.

It proved to be a vintage season for Tookey all-round, savouring a grand final appearance with the Vodafone Warriors and finishing with his highest try tally for a season with six. 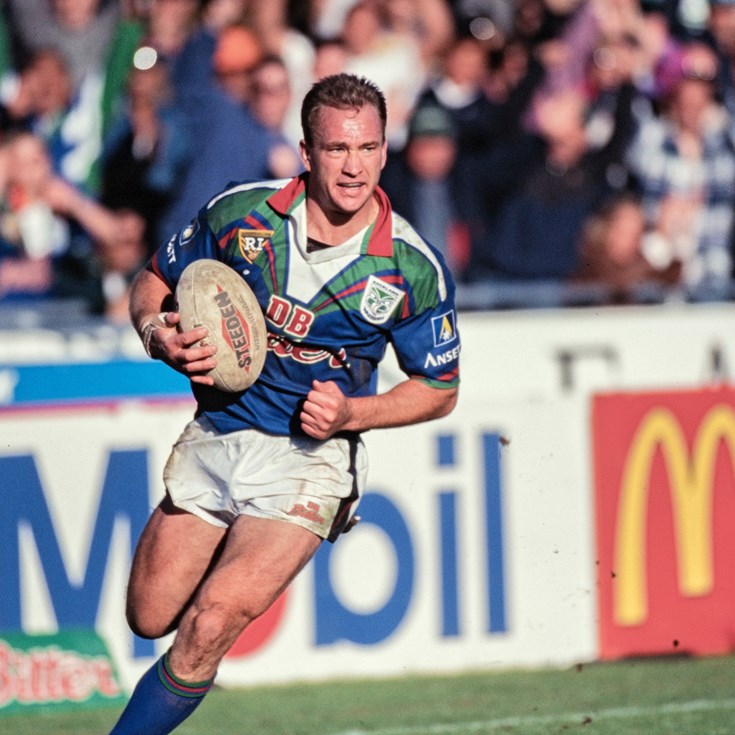