Agreement has been reached between both clubs and the NRL for Parramatta prop Daniel Alvaro and winger George Jennings to join the Vodafone Warriors as loan players for the next four weeks.

The 27-year-old teammates are set to join the Vodafone Warriors at their Terrigal base tomorrow and will train with their new team for the first time on Monday.

Their arrival comes as the Vodafone Warriors prepare to lose wingers David Fusitu’a and Ken Maumalo plus middle forwards Agnatius Paasi and King Vuniyayawa, all returning home for family reasons on Monday.

A fifth player Leivaha Pulu, another middle forward, has already reunited with his family in Auckland.

Alvaro, a seasoned six-year 88-game first grader, and 28-gamer Jennings, younger brother of NRL star Michael, will become the third and fourth loan players the Vodafone Warriors have used so far this season to boost their playing resources in the wake of a heavy injury toll and also players returning home.

The first was Sydney Roosters prop Poasa Faamausili, who was with the side for four games in June, and the second Penrith middle forward Jack Hetherington, who is having his fourth outing for the club against the Roosters today.

“We’re hugely appreciative of the support from (head coach) Brad Arthur and the Eels as well as the NRL for the work they’ve done in making this happen,” said Vodafone Warriors recruitment manager Peter O’Sullivan.

“We realise all clubs are under pressure through injuries, so this is a fantastic gesture from the Eels to help us at a time when we’re certainly thin on players.”

Alvaro and Jennings have been used just once by the Eels so far this season, Alvaro in their seventh-round 25-24 win over Canberra and Jennings in the club’s 18-22 loss to Manly in round 10.

“We’re delighted to have Daniel and George joining us to boost our stocks in the area where we’re the most exposed,” said Vodafone Warriors interim head coach Todd Payten.

“Daniel has been around for quite a while now and will give us size and quality in the middle of the park while George is a real talent.

“We can’t thank Brad and the Eels enough for helping us out.”

Alvaro (190cm, 115kg), who represented Italy at the 2017 Rugby League World Cup, was awarded the Ken Thornett Medal after being voted Parramatta’s NRL player of the year in 2018.

After making his NRL debut with Penrith in 2015, Jennings – 185cm and 100kg – signed with the Eels in 2017. The former Tonga international won the Jack Gibson NRL Coaches’ Award in 2018 after being voted Parramatta’s best back but has since had the formidable duo of Blake Ferguson and Maika Sivo in front of him. 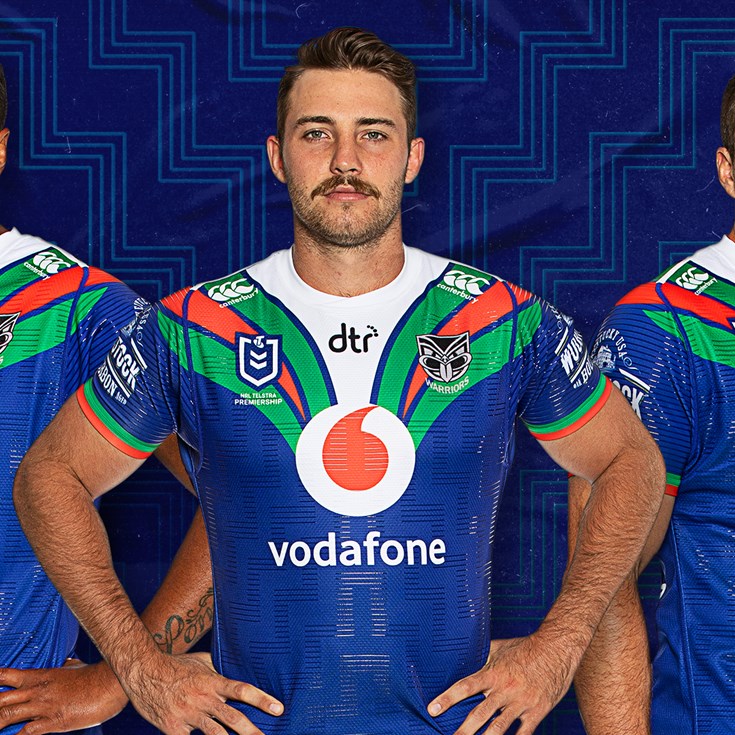 Blair: I'm my own worst critic - I was below par