Warriors CEO Cameron George has revealed that a coach from a rival NRL club is among those to have expressed interest in taking charge of the New Zealand-based team next season.

The Warriors have begun the interview process with coaching candidates but George and chairman Rob Croot told a media briefing on Thursday that they were in no rush to appoint a long-term replacement for Stephen Kearney.

"The search is ongoing. There could be new coaches come up next week," George said. "I just had a CV sent to me then. It doesn't stop.

"If we have to sit for six months or three months to find the right person it could be what is best for the club."

"We have to get the right coach. Putting a time limit on it forces a decision that might not be right," Croot said. "As I sit here now we are a little over halfway through the first round of talking to people we might be interested in."

Most of those have approached the club and George revealed he had received interest from candidates in Australia, England and New Zealand, including at least one coach with a rival club.

All believe the Warriors are a club with huge potential.

Our players since March 25 have been in confinement in some way, shape or form

"There are people who have expressed interest through third parties who are currently with other clubs," George said. "We would never say who they are but it has been comforting I suppose to understand their interest in coming here.

"There is a real fire in the belly from different people we have spoken to, they have different ways of achieving it but I am really comfortable when the call is made it will be a really good option.

"I can tell you we have got some really good options, it could be from Queensland, Victoria, the UK or even Penrose. It is a really good position that we are in."

George made the revelation during an extensive briefing of how the club had dealt with the challenges of COVID-19 and plans for the future in which he and Croot detailed:

The halfway mark: Try of the year

"Lennox Head was a place where we were going to be located and it was approved but at the last minute the carpet got ripped out from under our feet," George said.

"We were advised by the NSW Government that we couldn't go to that facility because it was owned by them and they wanted to be at arm's length from any issue that could arise through COVID-19 within their facility."

Warriors players have been living under strict COVID-19 restrictions for four months after New Zealand went into lockdown on March 25.

They travelled to Tamworth on May 3 and spent two weeks in isolation before moving to the Central Coast.

"Our players, on July 23, are still in lockdown," George said. "Our players since March 25 have been in confinement in some way, shape, or form.

"That has been a massive, massive mental challenge for not only the players themselves but their families.

"At all stages during this lockdown, the players were nothing but supportive of trying to get back into the game that they loved, get back in the game to represent their families and most importantly our club and our fans and our sponsors."

After the hurdles the Warriors have to overcome just to play in the Telstra Premiership, George said the NRLW team may comprise of Australian-based players only when the competition kicks off in September.

"There is probably no chance of the bubble being open by then," he said.

"However, our commitment as a club exists currently and there might be a few options where we can have our colours play in Australia with a team based out of Sydney, to fulfil our spot in the NRLW.

"I know the NRL want us to be a part of the competition, but there's no expectation of us relocating for a period of time, we're not going through all of that again.

"If individuals want to get an exemption to go across because their work circumstances or personal schedules allow that, we'll try to facilitate that.

"But it might be that our colours under the management of South Sydney Rabbitohs or someone might appear."

After taking outright ownership of the Warriors last September through his company Autex Industries, Robinson has not yet seen the club host a game and there has only been costs to bear.

However, Croot – the CEO of Autex - insisted the long term future of the Warriors was secure and Robinson was committed to the club.

"Autex bought into this not for a short period of time, we want to make something special of it and be a part of this journey for a very long time," Croot said.

"We, along with the rest of New Zealand, desperately want the Warriors to be successful. We are absolutely committed from an ownership point of view and from the management team here at the Warriors we are all on the same page."

George said the support of the NRL had helped ensure the club's survival.

The halfway mark: Tackle of the year

"Overnight our revenue stopped," he said. "Our opportunity for revenue for the season was gone because we knew at that time there was going to be no games back here in New Zealand for the foreseeable future so were losing huge amounts of opportunity to sell things, which is how we generate revenue across our business.

"We had to go from being in the season to survival mode overnight."

On the field, the Warriors have won three of their eight matches since the Telstra Premiership resumed on May 28, including an 18-0 defeat of St George Illawarra in the first game.

"I think our players and the club, against all adversity, aimed up for the challenge," George said. "It was one of the proudest moments I think this club has endured."

Despite a huge injury toll, the loss of players returning to New Zealand, Kearney's sacking and the strain of being away from home indefinitely George said the Warriors had not given up on making the finals under acting coach Todd Payten.

The Warriors are on six points with the Cowboys, Broncos and Titans at the midway point of the competition and four points outside the Top 8.

"There’s no feeling sorry for us, there's no excuses," George said.

"We want to try and win every game we lace the boots on this year and regardless of whether we have got 36 players or 21 players our club is committed to going through the next three months and winning as many games as we can for our fans.

"The top eight is only four points away from us. We have just got to get on a run or get on a roll and who knows where we might land. We are very focused on doing what we can for the rest of the year."

They will join Leivaha Pulu, who returned has already returned to New Zealand, after their families were unable to gain approval from the Federal Governmnent to join the players in Australia.

George said the club would not stand in the way of other players wanting to leave but assured the Warriors were committed to finishing the season.

"It was always a condition about us going to Australia and playing in Australia this year that if families couldn’t go with players at the time, families were to be bought over soon after," he said.

"It was always promised to the players that if your families couldn't get there you can always put your hand up and come home.

"We worked with the NRL, we worked with governments in Australia but to this point we haven’t been given exemptions." 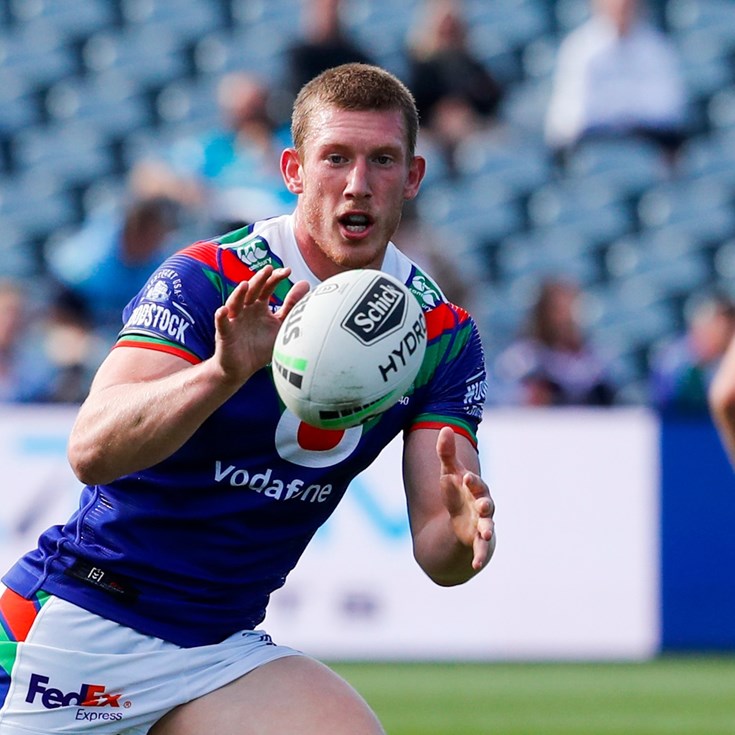 Maumalo in line for try of year so far