The Vodafone Warriors are hoping to send off teammates David Fusitu’a, Ken Maumalo, Agnatius Paasi and King Vuniyayawa in the best way possible this weekend.

The four players return to New Zealand on Monday to go into isolation for 14 days before being reunited with their families.

They've been released on compassionate grounds following failed efforts to secure travel exemptions from border authorities for their families to enter Australia.

First-choice wingers Fusitu’a and Maumalo will both line up for their farewell appearances when the Vodafone Warriors take on the Sydney Roosters in Gosford tomorrow night while the injured Paasi and Vuniyayawa will watch from the sideline. A fifth player Leivaha Pulu returned home on July 2.

Their teammates are united in supporting their peers, none more so than seasoned centre Peta Hiku, who returned home for family reasons after the season-opening clash against Newcastle in March.

“I know how they feel,” said Hiku.

“We've talked to them. On our end we'd love them to stay but, as a friend and with a family, I want them to go home.

“After round one I was in the same situation. I didn't know what was going to happen and I went home. The boys backed me up then.

“I think it's the right choice for them going home. They've been away from their families long enough. I couldn't imagine being away from my family for another 10 weeks.”

Hiku’s partner Lisa and family arrived in Australia to go into isolation almost two weeks ago.

“I’m excited to see my two little boys and my partner. It will be full-on for me having them here but we’re looking forward to it.”

Vastly experienced second rower Tohu Harris, who's also benefiting from having his family in Terrigal, is on the same wavelength.

"We've got the four boys who have decided to go home which is completely understandable,” he said.

“I feel for them and I want them to be with their families. This situation’s hard. People say ‘get on with it’ but there’s more it than that.

“I'm happy that those guys are closer to being with their families.”

Vodafone Warriors centre-winger Gerard Beale, another player with a young family, is on an identical wavelength as he looks ahead to the days ahead with four key players leaving the team's bubble in Terrigal.

"It has been weird, sort of like an elephant in the room," he said.

"We love those boys and we know they love the team but it sort of puts things in perspective. They all have their reasons which we all respect.

"I think it's really important we enjoy this week. When they get on that plane we're definitely going to miss them.

"They've made a massive sacrifice. We want them to know that and that we care for them and their families, too." 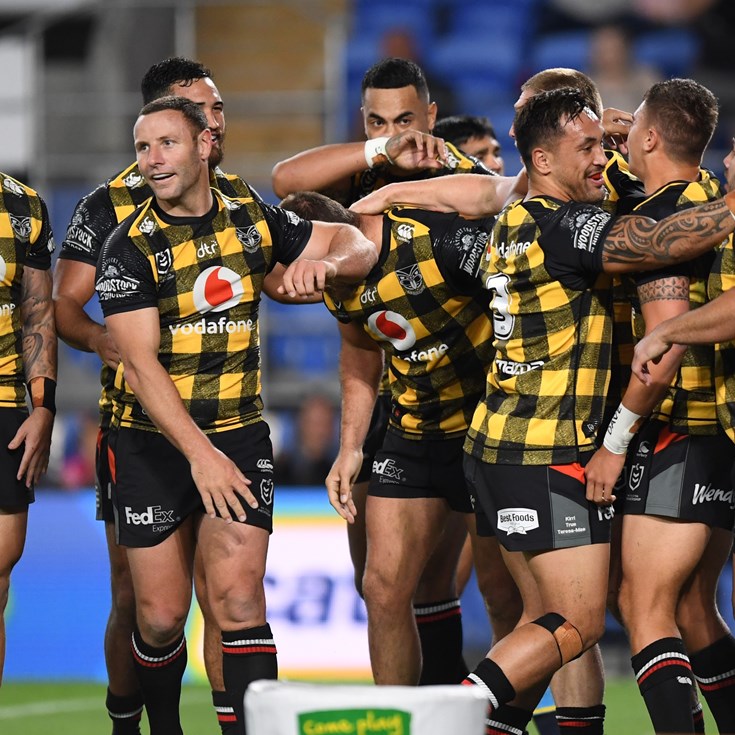