Newcastle props David Klemmer (ribs) and Daniel Saifiti (knee) will take their places for Sunday's sudden-death clash against the Eels.

At the Eels, back-rower Ryan Matterson has completed his suspension for a high tackle on Manly's Brad Parker in round 22 but has been left out of the side to face the Knights.

Eels: Parramatta will start 1-17 with Tom Opacic the 18th man.

Ryan Matterson has been ruled out after being omitted from the top 17 on Tuesday.

Matterson hasn't played since round 22 due to a high tackle suspension and Arthur said his lack of game-time was part of the reason he didn't bring the second-rower into his 17.

The Eels coach believes the players named ahead of Matterson are the best options to get the job done against Newcastle.

Reagan Campbell-Gillard will return from a groin injury while Clint Gutherson (knee) is good to go.

Joey Lussick is out with a calf strain with Ray Stone named to start at hooker after playing lock last week.

Will Smith (lip laceration) has pulled up OK and is expected to share dummy-half duties.

Matterson and Jake Arthur were omitted from the extended bench 24 hours before kick-off.

The Eels have won their past three games against the Knights.

Knights: In a minor change announced an hour before kick-off, Sauaso Sue will start at lock with Connor Watson moving back to the interchange. Simi Sasagi will be the 18th man.

Star front-rowers David Klemmer (ribs) and Daniel Saifiti (knee) are ready to after getting through Saturday's captain's run.

Coach Adam O'Brien confirmed Klemmer will need a pain-killing injection due to his cartilage issue.

Klemmer was on light duties in the lead-up to the clash with Tyson Frizell indicating on Tuesday he would train under no contact restrictions before being padded up for the game.

Daniel Saifiti's likely return will come after almost a month on the sidelines with an MCL injury.

Sauaso Sue (hamstring) will be monitored in a bid to take his place in the line-up for his first career finals appearance.

Phoenix Crossland and Jack Johns dropped off the reserves list on Saturday.

Only seven Knights players have experienced a victory in a finals match. 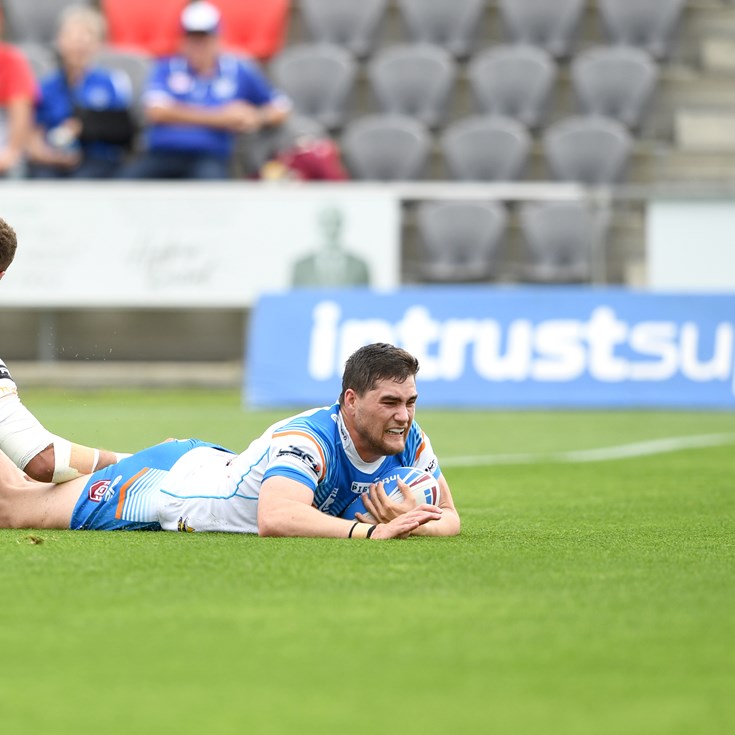