The Warriors now boast one of the most formidable front-row partnerships in the game with Matt Lodge and Addin Fonua-Blake posting huge numbers in round 18.

Lodge finished atop the weekly VB Hard Earned standings with an index score of 92 in Sunday's gutsy loss to the Panthers, pushing through 80 minutes as a result of his team's high injury toll.

And Fonua-Blake - who played 76 minutes - was only four points behind, ranking third with Eel Nathan Brown pipping him on 89.

After gaining a mid-season release from the Broncos, Lodge has played two matches for the Warriors and looks to have been rejuvenated.

Per VB's stats, he took 20 carries against Penrith - gaining eight or more metres eight times - and made 25 tackles with just one miss.

But the 26-year-old was far from just a battering ram, producing an outstanding eight offloads as well as busting eight tackles.

Meanwhile, Raiders back-rower Corey Harawira-Naera returned to the form that had him representing New Zealand in 2019.

In a devastating display against the Sharks, Harawira-Naera (87) broke eight tackles, produced seven offloads and made 25 tackles.

Panthers winger Brian To'o (84) allayed any fears of a hangover from his maiden State of Origin series for NSW, cranking out 25 carries (making eight or more metres 20 times) and busting six tackles.

To'o has now advanced to third place on the overall VB Hard Earned ladder, but Parramatta's Isaiah Papal'i (1331) and Penrith's James Fisher-Harris (1328) have broken away at the top. 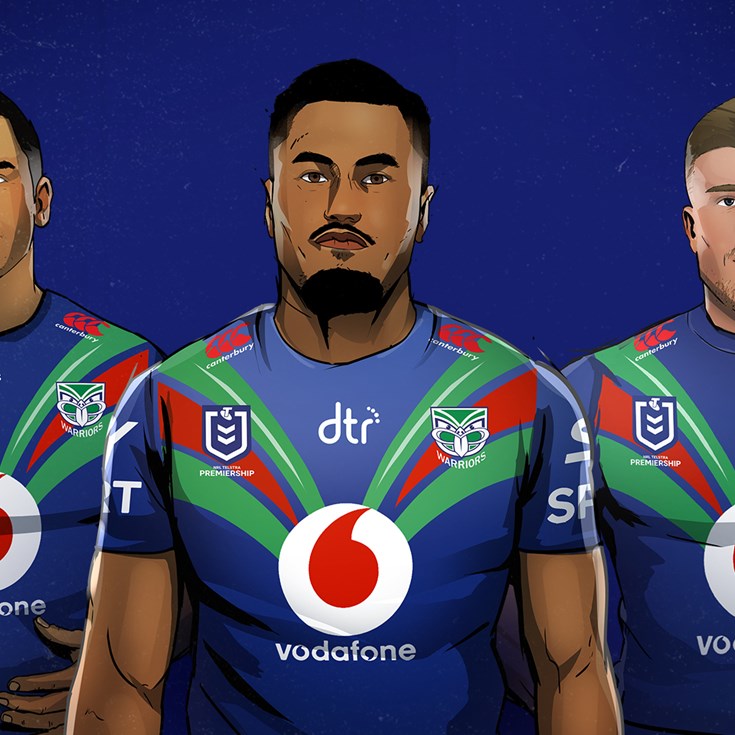 Hanging in tough with no players on the bench