Harris, Tuivasa-Sheck and Egan were forced off the field in the space of just four minutes – the 12th, 14th and 16th minutes – in Sunday’s loss to the Penrith Panthers.

To compound a grim day, Berry was out of the contest in the 36th minute.

Harris is finished for the season with an ACL injury while Egan’s complaint is still being assessed but it’s expected he'll also face a long time of the side-line.

Return to play dates for Tuivasa-Sheck and Berry are yet to be determined.

It will be the first time Tuivasa-Sheck has been missing from the side all season leaving him on 195 appearances as he eyes the chance of bringing up 200 games in his final year.

With Tuivasa-Sheck out prop Addin Fonua-Blake, who played 76 minutes on Sunday, will lead the side.

After being named on the wing against Penrith, Tuivasa-Sheck was listed at standoff on game day in what was set to be a roving role. In his absence Kodi Nikorima, who was on the bench on Sunday, teams up with Chad Townsend in the halves; Nikorima will be making his 50th appearance for the club this week.

Berry’s misfortune opens the way for Adam Pompey to return in the centres for his 14th outing this year while Jack Murchie has been named to replace Harris in the second row, Jazz Tevaga has been selected at hooker for Egan and Josh Curran starts at loose forward.

Rookie hooker Taniela Otukolo, who made his debut against Newcastle on June 19, is on the bench for what will be his second appearance.

Completing the interchange at this stage are props Bunty Afoa and Leeson Ah Mau – the only player who hasn’t missed a game this year – and second rower Eliesa Katoa. 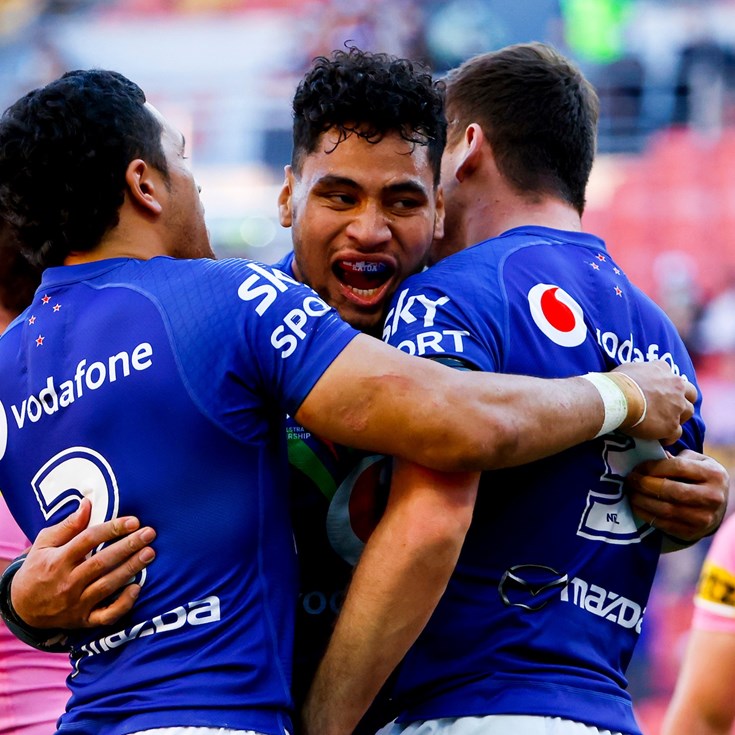 Watch every try from 18th round