It was a close encounter a month ago when these two sides met at Central Coast Stadium with the Warriors coming away with a 24-20 win, despite both teams scoring four tries.

This time Todd Payten coaches against his old club on his home turf at Queensland Country Bank Stadium. But both teams arrive with momentum - the Cowboys after a 16-point win over the Knights, and the Warriors with a four-point victory over the Wests Tigers.

Certainly Holmes will be doing a lot of practice with the green tee, regardless of  Kodi Nikorima having a slightly off-target night last round, converting just three of six tries.

The Warriors keep flirting with the top eight - moving in and out on the same weekend - so they need to string a few victories together to make themselves more secure. So far in 2021 none of their five wins have been consecutive.

Cowboys: Coen Hess will come from the bench in his return from a head knock with Corey Jensen promoted to the starting side. Ben Condon was the last man cut an hour before kick-off and Daejarn Asi is the 18th man.

Jason Taumalolo (suspended) and centre Connolly Lemuelu (thumb) are out but Hamiso Tabuai-Fidow's return from a leg injury is a boost for Todd Payten's men.

The absence of bench forwards Lachlan Burr (suspended) and Francis Molo (head knock) opens up places on the interchange for Peter Hola and Hess with try-scoring debutant Heilum Luki retaining his spot in the 17.

Justin O'Neill and Emry Pere were the first two players cut from the squad 24 hours before kick-off.

Warriors: The Warriors will line up 1-17 with Sean O'Sullivan the last man cut and Rocco Berry 18th man.

Teen sensation Reece Walsh has retained the No.1 jersey with Roger Tuivasa-Sheck staying on the wing.

Prop Bunty Afoa and second-rower Ben Murdoch-Masila drop back to the interchange, swapping places with Kane Evans and Jack Murchie.

Taniela Otukolo and Jackson Frei were the first two cuts from the squad 24 hours before kick-off.

Back-rower Josh Curran (elbow) and prop Tom Ale (ankle) are at least another week away from returning.

The Warriors have won four of their past five games against the Cowboys.

Valentine Holmes v Roger Tuivasa-Sheck/Reece Walsh: Could there be a more beautiful sight than any of these three swerving and accelerating and stepping upfield? Since they will be the last line of defence for their teams, watching each other's feet will be key. No surprise that both Tuivasa-Sheck and Holmes are in the NRL's top five for run metres.

Scott Drinkwater (68) and Kodi Nikorima (64) are in the top three for engaging the line so the cunning and subtlety of these two five-eighths will go a long way to getting their teams on top. The Cowboys are also going for a fifth straight win at home this season. 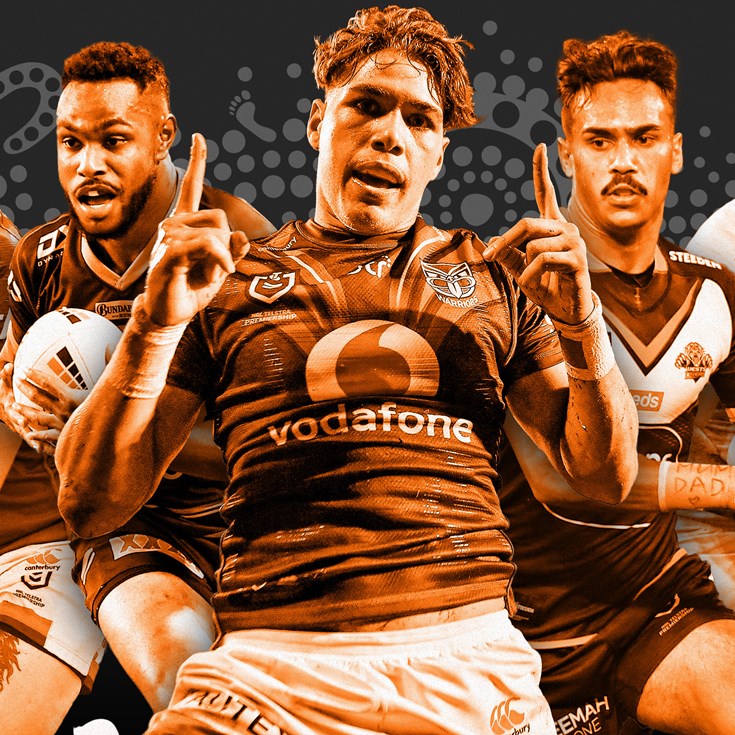