Cowboys coach Todd Payten claimed Jake Clifford's early release isn't finalised but admitted "it will be a challenge" to maintain their hot form with a new halfback.

Clifford, who is expected to join the Knights in the near future having initially signed with them for the next two years, was emotional after Friday night's 29-28 win over the Warriors at QCB Stadium.

After the match, Fox League cameras showed an emotional Clifford spending time with family in the crowd and also addressing his teammates in the dressing sheds. He was then mobbed by the players he had spent the previous 80 minutes doing battle alongside.

North Queensland led 22-6 at half-time and had to stave off a Warriors fightback with flying machine Hamiso Tabuai-Fidow scoring a late try before Valentine Holmes slotted a booming 40-metre field goal to make it six wins in their past eight games for the Cowboys.

Brisbane playmaker Tom Dearden, 20, is tipped to replace Clifford at the Cowboys when they face Manly after a bye.

After starting the season 0-4, North Queensland have won six of their past eight matches to sit in seventh spot and Payten is hopeful that Clifford's pending departure won't disrupt their momentum.

"It's going to be a challenge. We don't play too different from other teams, so it's not going to be a huge adjustment for Tommy - if he comes," Payten said, laughing as he almost let slip Dearden's arrival.

He was full of praise for Clifford's attitude and character.

"There's some water to go under the bridge there [with a release] but what I will say is that he's a terrific kid," Payten added.

"He's had a lot of stuff bubbling away for months now - some innuendo and speculation. His wife is 20 weeks pregnant, so he's got a bit on his plate. He was left out of the team after round three.

"He didn't kick stones, he just went about his business, he worked hard, and I think that that quality from him … I think it's a strength and it will only hold him in good stead."

Holmes ended up as the hero, but rival No.1 Reece Walsh almost carried the Warriors to victory with another two try assists and a runaway four-pointer as he came to life in the second term.

It was the third time in Holmes's Cowboys career - and the second time this season - that he's kicked a clutch one-pointer.

Warriors half Chanel Harris-Tavita had shanked his field goal attempt in the previous set to give Holmes a chance to launch his glory shot.

Jazz Tevaga's 30th-minute sin bin for a late shot on rookie forward Heilum Luki put the Warriors on the back foot as they conceded two tries with the fiery lock cooling his heels off the field.

Hammer comes up with the big play for North Queensland

But when Ben Murdoch-Masila crashed over in the 65th minute to take a 28-22 lead, they seemed destined to pull off the comeback.

Then Tabuai-Fidow burned down the left edge, dashing 65 metres to score. Holmes landed the conversion to tie the game before his boot came up trumps again.

"We sent the message down a few times for him [Tabuai-Fidow] to go looking for the ball. The ball found him and I thought it was just great timing. It was Indigenous Round," Payten said.

"It's not that difficult if he wants to run in-field. It's a [lesson] for him. It's not as easy as saying go looking for the ball. But we're going to have to find ways to get him cleaner ball and to see more of it." 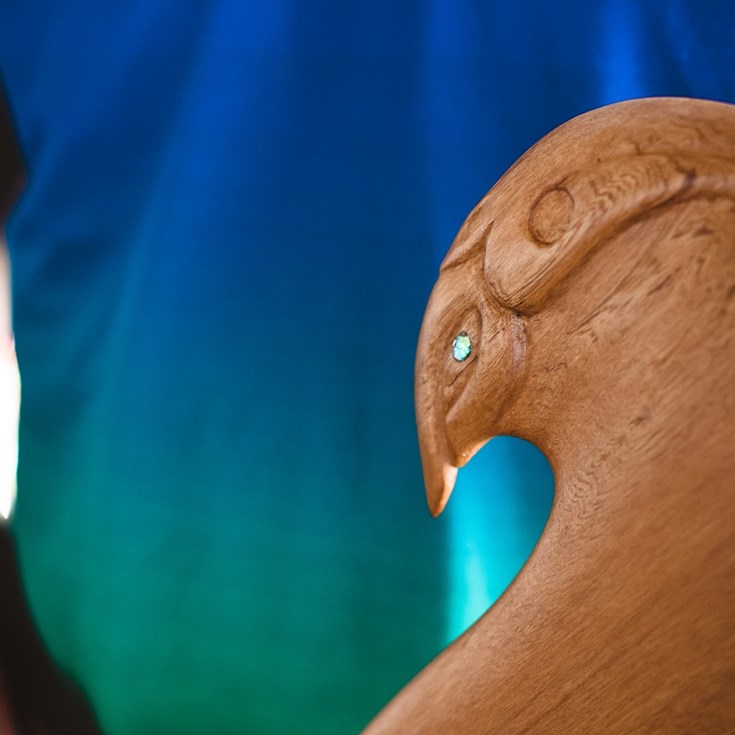