Newcastle, featuring many players that Brown helped develop or signed during his almost four-year stint at the club, won 20-16 on the back of Bradman Best's brilliance at Central Coast Stadium.

Brown gave Best his debut before exiting the Knights in 2019.

While he took heart from his side's display in the three-tries-apiece contest – albeit admitting they "got the first 30 minutes wrong – Brown spoke positively of their opponents having seen their tough times.

"I hope the Knights do well," he said.

"People like the two Safs [props Daniel and Jacob Saifiti] and Mitch Barnett played in the hardest time of any kids I've ever seen play first-grade when the Knights basically had a reserve-grade side.

"I remember telling them, 'First-grade's actually a lot easier than what you blokes are going through'. They were always going to become good players. Pearcey [halfback Mitchell Pearce] took a big chance coming to the Knights, so you want them to be a success.

"They're good boys and what's rugby league if Newcastle don't have a good footy team? The town needs a good team."

The Warriors could have suspension concerns with Jazz Tevaga placed on report for leading with the knee on Best and Jamayne Taunoa-Brown in trouble for a crusher tackle on Hymel Hunt.

"I don't think there's a great deal in any of it. I thought the game was played pretty fair," Brown said of the incidents.

Best himself told NRL.com that he wasn't bothered about Tevaga's conduct as the Warriors utility made a tackle.

"There was not much in that at all. Just a bit of fire, a bit of emotion, I think. It's all sweet," Best said.

"He doesn't deserve to be suspended. Not at all."

Brown knows Best's ability well and was complimentary of the 19-year-old, describing him as a "high achiever".

The powerful outside back delivered two match-defining try assists for Hunt including one with five minutes left.

"He's very dangerous, Braddy. He's very quick and you saw what he can come up with," Brown said.

"With the new rules in the game, centres can get a lot of one-on-ones now. Braddy in those zones is quite dangerous."

A trip to Canberra to face the Raiders will pose a tough task next week, but Brown sees promise in his troops.

"We're still learning about each other. The guys should get some belief that there's a footy team in us somewhere," he said.

"We've still got a bit of work to do on combinations and learning about each other, but the Knights were a top-eight team – I think we're all expecting them to be there again at the end of this year, their squad's improved on last year – and we went three tries-all.

"We feel we've got a fair bit of upside in us." 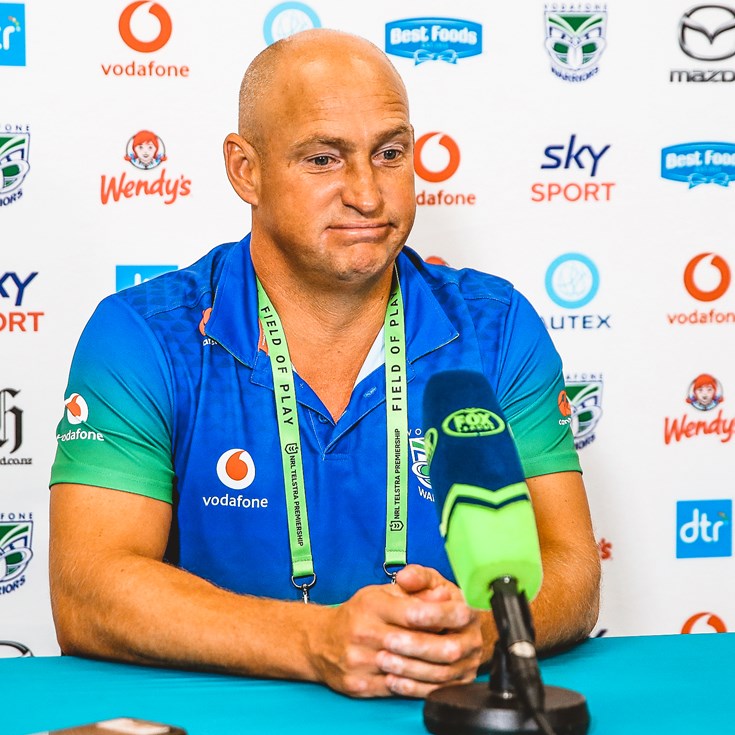 Brown: As a whole there wasn't a huge amount in the game