The fans have anointed South Sydney's backline as the most dangerous in the NRL, ahead of premiers Melbourne, premiership powerhouse the Roosters and the improving Warriors.

Wayne Bennett's Rabbitohs are among the favourites to challenge for the Telstra Premiership title this season and their lethal backline is one reason why, with rising star Campbell Graham and tryscoring wiz Alex Johnston complementing a quintet with State of Origin experience in Adam Reynolds, Cody Walker, Latrell Mitchell, Dane Gagai and new signing Josh Mansour.

Souths clinched 25% of the fan vote to topple reigning champions Melbourne (14%) and the Roosters and Warriors (both 11%).

This unit was on a hiding-to-nothing for almost all of 2020, but can they show some signs of development this year? Getting consistency out of the inconsistent Anthony Milford would be a great start. Just behind that in terms of importance is finding a No.7. When Kotoni Staggs returns mid-season, they will at least have some strikepower out wide in both he and Xavier Coates.

Finding a replacement for Nic Cotric is the only problem. Jack Wighton is as good as there is in the No.6 jersey and fullback Charnze Nicoll-Klokstad continues to improve. The wildcard player on the Raiders’ list is Curtis Scott. Ricky Stuart will be hoping the potential he showed while with Melbourne can be realised. Halfback George Williams should be able to improve on an impressive debut NRL season.

Ready to play? Join our league of strong and confident kids

Strides forward have been made from last year to this. The arrivals of Kyle Flanagan, Corey Allan and Nic Cotric should result in noted improvements. That will allow the likes of Will Hopoate to not be so heavily relied upon. This is a big year in the career of Dallin Watene-Zelezniak. For all the improvement, it is still a case of watch-this-space with Josh Addo-Carr and Matt Burton arriving at the end of 2021.

The availability – and form – of Josh Dugan and Matt Moylan is crucial to Cronulla's chances of having a strong backline. If that pair are performing, Chad Townsend can organise things and flying wingers Sione Katoa and Ronaldo Mulitalo can turn attacking raids into tries. The return of five-eighth Shaun Johnson a bit over a month into the season from an Achilles injury will provide a huge boost.

The Gold Coast's new signings in the forwards may have grabbed the headlines but their backline is also much improved, with Jamal Fogarty quickly becoming a leader at the club last season. His arrival took the pressure off Ash Taylor, who has shown signs of getting back to his best, while AJ Brimson has been a revelation at fullback and Brian Kelly is emerging as a weapon in the centres.

Manly are twice the side when Tom Trbojevic is carving up opposition defences. Provide his hamstring problems are behind him, the biggest issue Manly face is whether returning veteran Kieran Foran and star of the future Josh Schuster will partner Maroons skipper Daly Cherry-Evans in the halves. Jason Saab’s arrival should give Des Hasler’s team some try-scoring punch out wide.

They both started as fullbacks but Cameron Munster and Jahrome Hughes have become one of the NRL's best halves combinations, with Munster also having inspired Queensland's shock Origin win late last year. The team's actual fullback Ryan Papenhuyzen has emerged as another Storm star in recent seasons while electrifying winger Josh Addo-Carr is sure to produce plenty of highlights once more in his final year at the club.

When their best backline is on the field they’ll be a force. But in Kalyn Ponga, Mitchell Pearce and Blake Green they have members of a spine that weren’t together all that often last year. Coach Adam O’Brien is hoping Edrick Lee’s involvement in Origin will see him go to the next level. Talented youngsters Bradman Best and Tex Hoy will again be closely watched.

Everybody’s heading to Magic Round

The form and fitness of Michael Morgan and Valentine Holmes is crucial. They need to lead the way for a North Queensland backline that struggled to threaten in 2020. Youngsters Hamiso Tabuai-Fidow and Daejarn Asi will be looking to continue their development while also making the most of any opportunities that come their way. Esan Marsters needs to be a weekly contributor.

Great attacking halves (Mitchell Moses and Dylan Brown) and a back three (Clint Gutherson, Maika Sivo and Blake Ferguson) just as willing to do the hard work in their own 20m zone as they are when pressuring an opposition line. The centres is where the problem lies. New arrivals Tom Opacic and Michael Oldfield may be asked to step up for a side holding top-four hopes.

Nathan Cleary's progression as an on-field leader has been stellar and he's got the perfect foil in halves partner Jarome Luai, with the pair having terrorised defences together since their junior days. There's real strike power around them too with livewire fullback Dylan Edwards, try-scoring centre Stephen Crichton and wing weapons Brian To'o and Charlie Staines.

It's an all-star backline at the Bunnies these days. Adam Reynolds' kicking game and Cody Walker's natural flair make them a perfect fit as halves partners while Alex Johnston is a try-scoring wizard, Campbell Graham has been a revelation at centre, and Latrell Mitchell, Dane Gagai and new signing Josh Mansour are all powerhouse ball-runners with Origin experience.

Matt Dufty's bullet cutout passes and Zac Lomax's eye for the tryline were two of the bright spots in an otherwise underwhelming season for the Dragons last year, and they'll be key weapons in Anthony Griffin's first year at the club. Cody Ramsey and Max Feagai are young guns with bright futures while Ben Hunt and Corey Norman are not short of talent or experience in the halves.

Lachlan Lam is the wildcard in the halves but he couldn't have asked for a better backline around him, with fullback James Tedesco, wingers Daniel Tupou and Brett Morris, centres Josh Morris and Joseph Manu and five-eighth Luke Keary all voted the best in their positions by their peers last season.

Roger Tuiava-Sheck is one of the game's best leaders and will be out to inspire his side in his final season before a move to rugby union, and he's got plenty of talent around him. Chanel Harris-Tavita has improved steadily as an NRL halfback, former Dragon Euan Aitken is one of the hardest centres in the game to stop and Kodi Nikorima, Peta Hiku, David Fusitu'a and Ken Maumalo are all internationals.

There are plenty of enigmatic talents in the Tigers backline but when they fire they're as good as it gets. James Roberts and Joey Leilua form an explosive centre combo, David Nofoaluma and Tommy Talau bust tackles for fun on the wings, Moses Mbye is a jack of all trades who can fill most roles on the park and Luke Brooks is a former Dally M Halfback of the Year. New signing Daine Laurie is a big talent and could prove the final piece of the puzzle. 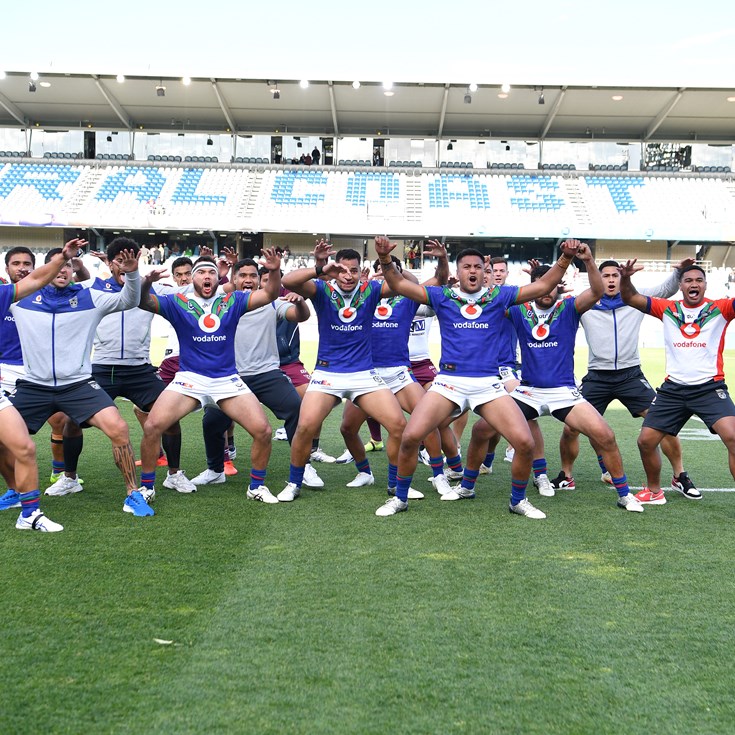