Warriors players have learned the meaning behind the Tongan coat of arms, the words to the Fijian hymn "Noqu Masu" and the ritual of the Haka during a series of cultural sessions led by teammates.

With their squad including players with Samoan, Tongan, Fijian, Maori and Indigenous heritage, they have been taking turns to teach other about their cultures.

"We have had some activities in camp and the way that all the players have bought into it has probably been one of the most impressive things, outside of what we have done on the training paddock," coach Nathan Brown said.

"I grew up in a rather big Aboriginal community so I was reasonably across Aboriginal culture, but just to learn about all the different cultures was very interesting."

Behind the scenes with Tedesco, Sergis and little league stars

There was a smoking ceremony on the Indigenous cultural night, while Josh Curran and Jamayne Taunoa-Brown explained the significance 60,000 Aboriginal carvings on rocks near Tamworth, where the team spent four weeks in camp.

"From an individual point of view, I liked learning about it but from the team point of view the way that everyone bought into it was really pleasing," Brown said.

Fusitu’a, who is preparing for his first match since last July after returning home to Auckland because his pregnant wife Eden was unable to join him in Australia, said there was a strong Tongan connection in the team with signing of Fonua-Blake and Murdoch-Masila.

"It is pretty cool," Fusitu’a said. "We still chat and reminisce about some of the stuff we have done as a Tongan team. It is good to have them here, we still joke the same and it’s a good time at training."

With Eden and their three-month old daughter Jordan now with him on the Central Coast, Fusitu’a said he was enjoying being back with the team and had worked hard to maintain his fitness while he wasn’t playing.

"It is awesome to have them over here, it almost makes it normal," he said. "I can just focus on my footy and once training is finished I can go home and be a dad.

"I haven’t played footy for a while so I am definitely getting excited for games now. When we went home we were still required to continue training so we had to go into the club and do training sessions with the injured boys that couldn’t come over.

"Because we went home early we started our pre-season early too, so it was real important for us to stay on top of our fitness."

Fusitu’a is expected to partner Hiku on the right edge in the Warriors opening trial against Gold Coast in Lismore on Saturday, with Maumalo playing on the left wing outside Euan Aitken.

The team's fringe players will take part in another trial in Newcastle against the Knights NSW Cup squad.

The Knights are playing Melbourne in Albury in an NRL trial and the fringe Storm players will combine with the Warriors to make a team for the lower-grade match in Newcastle. 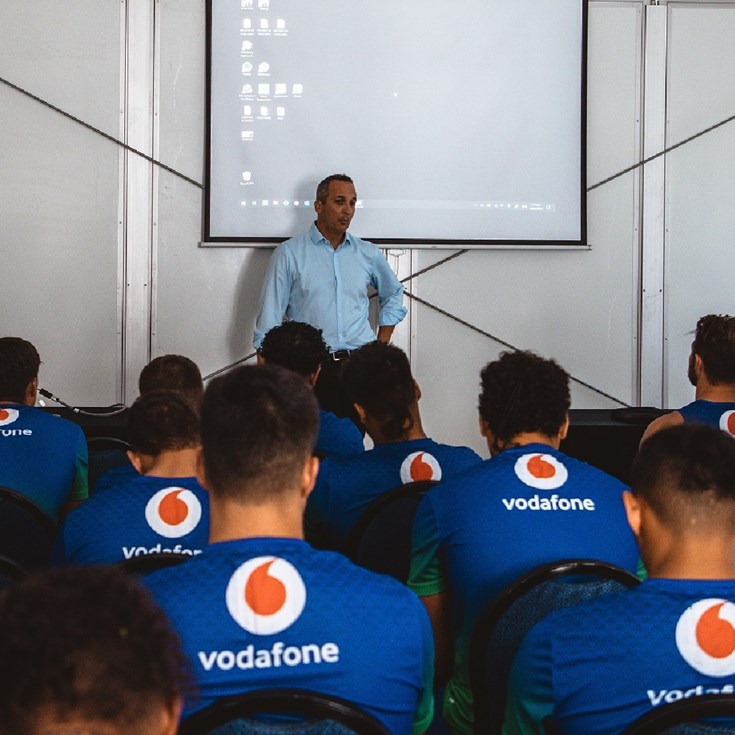 Trials conundrum for Brown ahead of 2021 season