After starting the pre-season with his players training either side of the Tasman, Nathan Brown's first look at the Warriors is set to be in similar circumstances as the club is preparing for two trials on the same day in separate locations.

With this weekend's trial against the Storm cancelled due to COVID restrictions in Melbourne, Brown wants to ensure his full squad – minus injured forward Eliesa Katoa (cheekbone) – get a hit out before the season starts.

The main squad, including star recruits Addin Fonua-Blake, Ben Murdoch-Masila, Kane Evans and Euan Aitken, will travel to Lismore to play Gold Coast next weekend, while plans are underway for a second trial against Newcastle.

The Knights are scheduled to play the Storm in Albury on February 27 but the three clubs are trying to organise another trial in which Warriors and Storm players would combine to take on a Newcastle outfit.

"Ideally we were going to have a trial this weekend because it would have been great for kids like Viliama Vailea and Rocco Berry and kids like that to play an 80-minute game this week and get 15 or 20 minutes next week," Brown said.

"They are young kids, who like [rookie players at] all clubs didn't get to play any footy last year, and in their cases they are boys who have come from a union background.

"We are fortunate to get the [trial] against the Knights so that will give everyone a chance to push some sort of claim for round 1.

"I think as a group, between us and the Storm we will be able to work in well with the Knights and manage to get a decent hit out."

Officials from the three clubs were still working to confirm the trial and if it doesn't come to fruition it would be just the latest obstacle to confront the Warriors.

However, Brown insisted that the players and their families were happy being based on the Central Coast and he said they would remain there for as long as necessary while uncertainty continues over borders.

New Zealand has introduced new lockdown measures after a COVID breakout in Auckland but the Warriors are still hoping to be return home before their round five match at Mt Smart Stadium against Manly on April 9.

"What would be disappointing or a disaster would be if we actually went home and then had to come back again. That would be bad," Brown said.

"Terrigal is a wonderful place so I think the families are all settled. I don't see any issues as long as there is certainty and stability.

"We are also here ready to go for the longer term if that's what it takes because a lot of things got eliminated last year that were big issues for us as a club and I can see a lot of partners and children that are happy with the lifestyle and location."

Besides Katoa, who underwent surgery on Wednesday after fracturing his cheekbone at training, and hooker Karl Lawton (Achilles), Brown expects to have his full squad available for next weekend's trials.

Katoa is in doubt for the round one clash against the Titans on March 13 at Central Coast Stadium, while Lawton is expected to miss most of the season.

Brown would not be drawn on details of the club's approach to Storm halfback Jahrome Hughes or whether the Warriors viewed him as a replacement for rugby union-bound fullback Roger Tuivasa-Sheck. 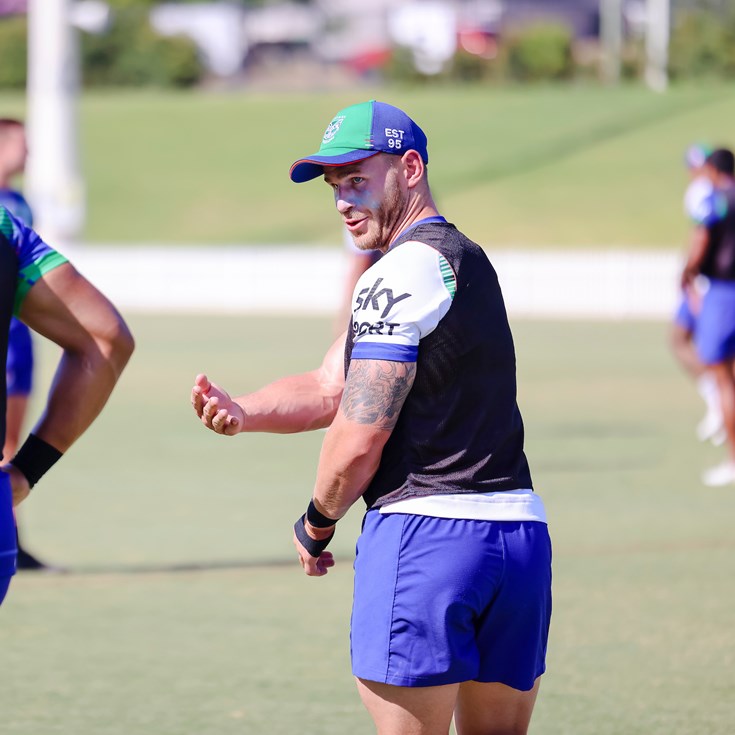 Bouncing back: Aitken's on edge for fresh start

Roxy: I don't want to be known as Ben's missus