Latrell Mitchell will make his much-anticipated return while Benji Marshall will represent his Maori culture for the first time after both players were included in the Harvey Norman All Stars squads on Tuesday.

Mitchell's inclusion at fullback for the Indigenous All Stars is a welcome sight for South Sydney fans after the 23-year-old's season was cut short last year due to a hamstring injury.

His new Rabbitohs teammate, Marshall, has been named on the bench for the Maori All Stars with coach David Kidwell unveiling a powerful 20-man squad following a 30-16 win over their Indigenous counterparts last year.

Marshall has been included alongside younger brother Jeremy Marshall-King with both in line to come off the bench in the match, to be played at Queensland Country Bank Stadium on February 20.

"When I phoned Benji and asked if he would like to represent the Indigenous Maori, you could just hear the excitement that came across the line from him," Kidwell told NRL.com.

"And to also be able to play with his brother Jeremy, which he's never been able to do before, I think that's really important and something we did well last year.

"He's looking forward to getting into camp and using his experience."

Kidwell said he'll work with the clubs to determine the amount of game time the likes of Marshall will play in the match.

Penrith playmaker Jarome Luai and premiership-winning halfback Jahrome Hughes, who faced off against each other in the grand final last year, will start in the halves.

"We're always trying to work with NRL clubs because we understand coming from clubland," Kidwell said.

"We'll figure all that out but sometimes it's hard to stop players who want to spend a lot of time on the field."

Storm recruit Reimis Smith is another bolter in the starting line-up with Raiders winger Bailey Simonsson included on the unlimited interchange bench.

For the Indigenous All Stars, who are looking to bounce back from defeat last year, coach Laurie Daley has made six changes to the line-up.

Titans halfback Jamal Fogarty has got the nod to partner Cody Walker, who returns in the halves, with Jack Wighton named in the centres.

Daley told NRL.com he was looking forward to Walker's return and combination with Mitchell, adding the playmaker's on-field influence was missing last year.

The pair are arguable the biggest names in the Indigenous All Stars line-up and vocal in various social and cultural issues.

"They're very influential and it's important to have good leaders for people to follow," Daley said.

"When they're in this situation they're comfortable with their voice. They'll have a big influence.

"Our strength is the backline so we need to take advantage of that."

"We'll have to limit the minutes he plays as well and we're lucky we've got Alex as well," Daley said.

"We know what Latrell is capable of. I'm looking forward to seeing how he adapts and comes back from that injury."

Sharks prop Andrew Fifita is also back at prop after missing last year's clash through injury with his namesake David Fifita included in the back row alongside experienced forward Wade Graham.

North Queensland hooker Reuben Cotter has won the starting hooker spot after Newcastle utility Connor Watson was ruled out as he continues to recover from an Achilles injury.

Watson, along with Adam Elliott and Brenko Lee, withdrew from Indigenous selection, while Dane Gagai was again not considered by either team.

A 25,000-capacity is expected in North Queensland for the pre-season event.

Witness the best of the best from both sides of the Tasman. As athletes and as people from the First Nations.

Be there as cultures collide.

Tickets are available at NRL Tickets. 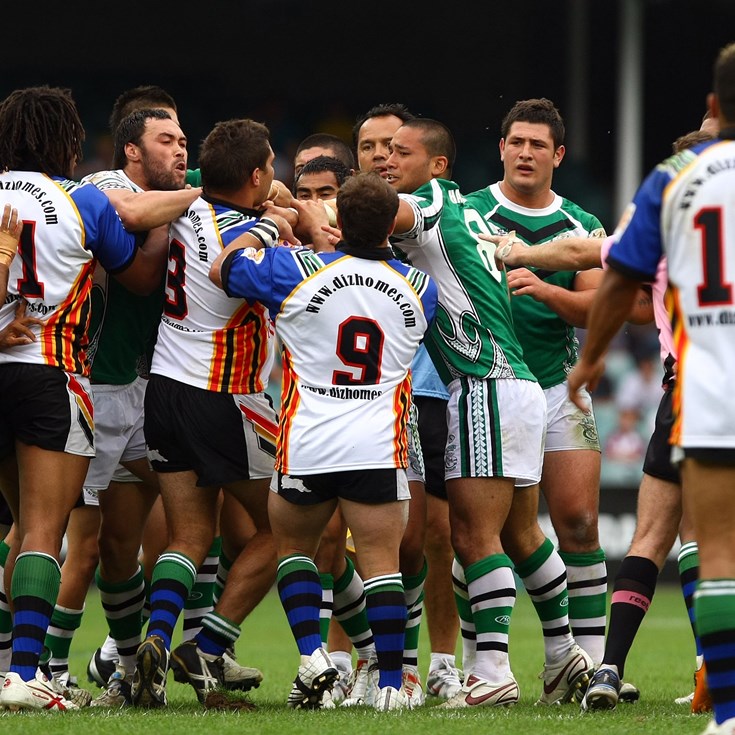