The Warriors are once again in the unenviable situation of being based away from home due to border restrictions, but Phil Gould believes a pre-season camp in Tamworth could be the "perfect preparation".

Gould, whose consultancy role is his first formal club job since exiting as Penrith's general manager in 2019, on Wednesday visited the regional town where the Warriors began training earlier this week.

Similar to last year, the Warriors will slog through a month-long camp in their adopted NSW home before moving to the Central Coast until at least round four of the Telstra Premiership.

Prior to the Christmas break, the Warriors had been training in separate groups - 14 players in NSW town Kiama and the rest in New Zealand - so Gould sees a great chance for the squad to now connect.

"I think this is perfect. I mean, ideally, if I was a first-grade coach and I could lock my team up for a couple of months in a camp like this to get ready for the season, I think it's a perfect preparation," he said.

"Whilst enforced on them under the COVID restrictions, I think it's a great opportunity. Particularly with so many new recruits and so many young players that we've got in the system here now, a new coach, so it's sort of like a fresh slate for everyone.

"I think it's a perfect opportunity for them all to get to know themselves and prepare well for the new season."

Gould described the Tamworth facilities as "absolutely brilliant" and advocated for more NRL games to be played at regional venues.

He said he's been embraced by the Warriors.

"It's very nice, it's been very welcoming. Wonderful club," he said.

"All clubs are great, all footballers are great, it's just a great environment to be involved with. It's a bit of a mission of discovery for me at the moment because I don't know a lot about these fellas and I haven't had a lot to do with them.

"And with the international restrictions, I haven't been able to get to New Zealand as yet, so I'm hoping that those borders open up at some stage this year and I can get across and speak with people over there.

"It's been really good. I'll come up here a couple of days a week for the next few weeks while they're here."

Gould's role at the Warriors "has nothing to do with coaching", he explained, with a focus on developing young talent and growing the game in New Zealand and the Pacific Islands.

The Channel Nine commentator added that the team has recruited strongly for 2021, including the appointment of coach Nathan Brown.

"I've known Nathan a long time. I've always rated his knowledge of the game. He's a very personable fellow, he gets very close to his players, he's very, very good technically with the game," Gould said.

"And I think that's important for the modern game, players need to feel as though they're developing. He'll be a great asset."

"It's all about gelling as a team now, getting that ball-work in place. I'm looking forward to a big year," Aitken said.

"That Kiama camp [for the Australian-connected players] probably helped us transition a little bit easier because it was a smaller group and allowed you to get around to everyone and meet everyone face-to-face and spend a bit of time with each other.

"This is just a step up above that but it makes you feel more comfortable knowing you know a few blokes before you come into the whole squad." 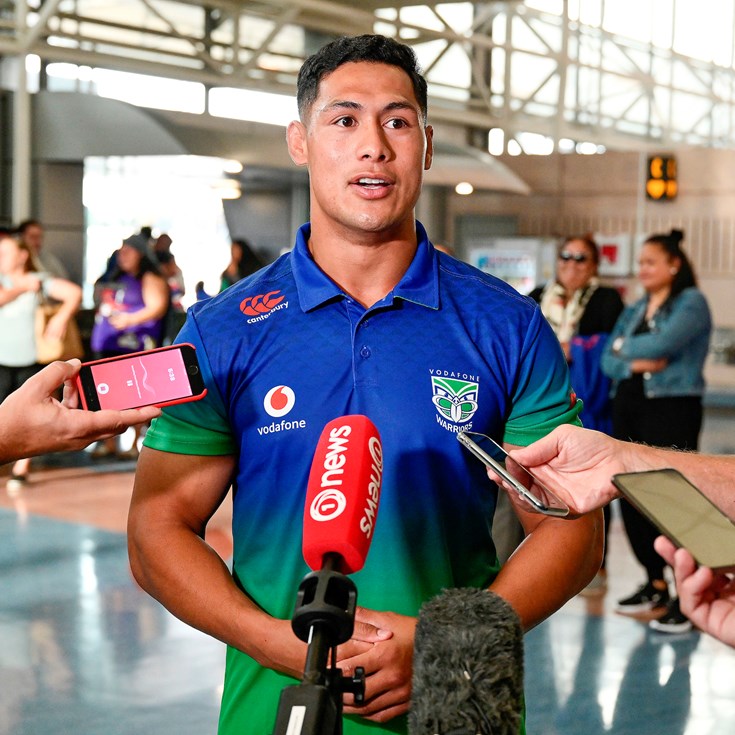 Tuivasa-Sheck: It's a lot easier for us this time

All In video a finalist for major sporting award

In pictures: Vodafone Warriors mix with kids in Kiama