After a confidence-boosting win over the Dragons in week one, the Roosters head into this match knowing a win may be enough to secure them a spot in the grand final.

As they're involved in the first match of Saturday's double-header at Bankwest Stadium, a win would result in them cheering on Brisbane in the following fixture.

But before they start thinking about grand final appearances, they face a Warriors side that showed enough last week to suggest they're a good chance of winning this one.

Warriors: Brianna Clark starts in the second row with Hilda Peters shifting to the bench, while Stepanie Ball replaces Taimane Levu on the interchange.

Madison Bartlett and Hilda Peters are set to show their versatility by swapping places at second row and wing from last week's match. Former Rooster Shontelle Stowers will play her first game in the centres, while Michaela Peck has joined the bench.

Shaniah Power was the other player to drop out of the game-day squad an hour before kick-off after Laken Paitai and Teaghan Hartigan were the two players left out 24 hours before the match.

Roosters: The Roosters are 1-17. Fullback Botille Vette-Welsh is out with a hamstring injury so Charlotte Caslick will take the No.1 jersey and captain Corban McGregor has shifted from centre to five-eighth. Bobbi Law is the new centre.

Wallaroos captain Grace Hamilton has been named on the bench for her first NRLW match replacing Kaitlyn Phillips, who copped a head knock last week. Amelia Mafi and Melanie Howard dropped off the reserves list an hour before kick-off after Kaitlin Phillips and Taleena Simon were omitted the day before the match.

Georgia Hale v Hannah Southwell: The hard-working locks will have a big influence through the middle. Hale made a round-high 38 tackles as well as 53 metres from six runs in a typical captain's knock for the Warriors last Saturday. Southwell joined her in playing the entire 60 minutes, pumping out 88 metres from 11 runs and 24 tackles.

A stat line of 163 running metres, a line break, a line-break assist, four tackle breaks, one missed tackle and one error suggests a strong performance. That's what rugby sevens convert Charlotte Caslick was able to achieve in her first match in the NRLW. Very impressive. 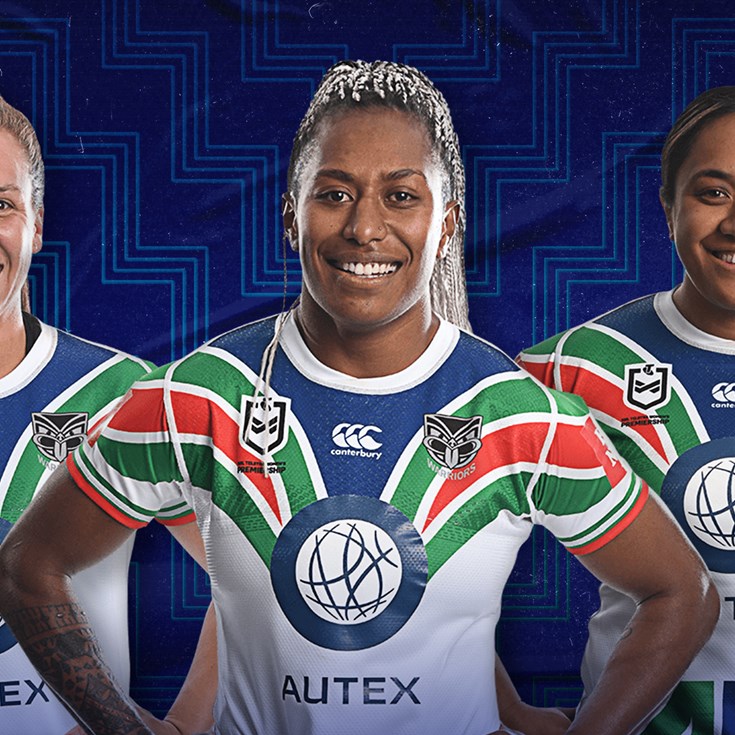 Green: More nervous than the Olympics