Centre Shontelle Stowers is back from injury, hooker Michaela Peck comes onto the bench and there’s also a positional switch in the Warriors’ starting line-up for their second-round NRLW premiership encounter with the Sydney Roosters at Bankwest Stadium in Parramatta on Saturday (12.30pm kick-off local time; 2.30pm NZT).

Stowers was originally selected for the first-round clash against the Brisbane Broncos but was a late defection with injury.

She’s named again to start in a combination which will feature a new pairing on the right edge with Stowers lining up inside Kiwi winger Madison Bartlett. After being used in the second row against the Broncos, Bartlett has been moved to her more familiar position on the flank while veteran Hilda Peters, who was on the wing last week, has been switched to the second row.

The other change sees Peck brought onto the interchange with Teaghan Hartigan, a late replacement for Stowers last week, moving to the extended bench. Stowers and Peck are set to become the 13th and 14th players to make their debuts for the club after 12 newcomers were used last week.

The contest will have special significance for Stowers along with fullback Karina Brown, standoff Kirra Dibb and halfback Simone Smith, who’ll all line up against their old club; Brown and Stowers played for the Roosters and 2018 and 2019 while Dibb and Smith appeared for club last year. Second rower Tazmin Gray was also with the Roosters in 2018 before switching to the Broncos last season.

The Warriors beat the Roosters 10-4 in the competition’s inaugural match in 2018 and then 16-12 when the teams again met in round one last season.

The fast start was checked, though, as Brisbane regrouped and responded with 28 points before Green’s Olympic teammate Evania Pelite also marked her rugby league debut with a try. Green and Pelite finished the match as the Warriors’ top metre eaters, Pelite with 108 metres from eight runs and Green 94 from nine, the latter also having a clean sheet on defence making seven tackles without a miss. 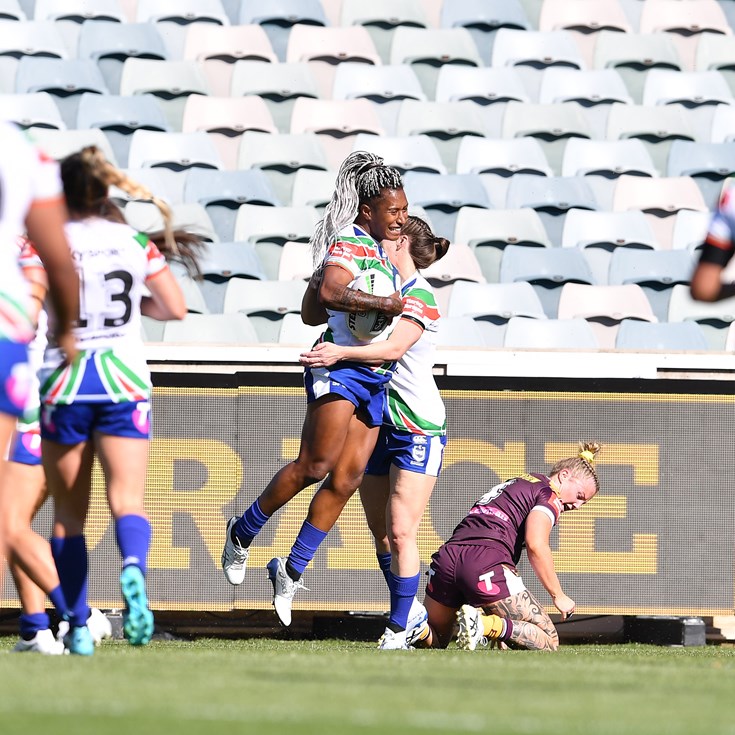 Donald: Glimpses of how good they can be