There's been a wide gap between the top four and the rest for much of the season, but a couple of teams that weren't on the radar are emerging as powerhouses.

We'll have a much clearer picture after some heavyweight round 17 match-ups, with the red-hot Rabbitohs facing the Storm and the Raiders-Roosters grand final rematch.

The kids continue to run amok. Penrith would have benefitted from the first 20 minutes against the Wests Tigers where they were awakened by a punch in the face. They may be eyeing off a big clash with Parramatta in a fortnight, but need to stay focused on the task at hand to avoid stalling their momentum.

Like the Roosters, the Storm are the utmost professionals. They got the job done at their Sunshine Coast home again and have proven incredibly hard to beat up there. They've got some troops back, but forward Nelson Asofa-Solomona will be a loss with his calf injury.

I can't wait for Canberra to face the Roosters on Saturday. I feel as though they've had one eye on the grand final rematch for a while. Jack Wighton was fantastic to get his side out of trouble on Sunday. His two-try effort showed why he needs to run the ball more.

Professionalism. Ownership. Accountability for performance. That's why the Roosters are the back-to-back champs.

Really concerned about the Eels after they were blown off the park at Bankwest Stadium - their supposed fortress. I'd already been worried about Parramatta's attack, but now I'm questioning whether their edge defence is strong enough to contain the top teams.

After trouncing Parramatta 38-0 to back up a demolition of Manly, South Sydney are alongside Penrith in terms of form. However, Latrell Mitchell's season-ending hamstring injury has made me pause.

The clash with the Cowboys appeared tricky with no senior halves available, but Braydon Trindall and Connor Tracey stepped up to secure the win. A week-one finals match with Canberra is on the cards and the Sharks could certainly compete at full-strength.

I really hope the Warriors make the finals. They've sacrificed so much for the game but they're also playing great footy. Playmaker Kodi Nikorima has been unshackled and the attack is on song. Well done.

Wighton does it all himself

The Knights have got the wobbles. Too many times coach Adam O'Brien has questioned the side's attitude in defence. They've often struggled when their opponents play nice and physical. I'm concerned they'll make a very early finals exit.

St George Illawarra's loss to the Titans, which I watched live, underlined why I've been critical. Where was the passion they showed against the Eels two weeks ago? Their season was on the line and the Dragons didn't show up.

The Titans could perhaps have been higher having stolen a game they had no right to win. Justin Holbrook is onto something. The coach will be keen to get his recruits in over the summer and he can build a side around halfback Jamal Fogarty. Ash Taylor could be the X-factor if he finds consistent form.

With their finals hopes all but gone, the Tigers have tough decisions to make. Their attack against Penrith on Saturday didn't resemble a top-eight team as they rarely played over the advantage line.

A fully fit Manly team is hard to handle, but they're short on troops. I feel like I've said the same thing for a while. After a few key injuries, the Sea Eagles don't have the depth to compete with the best.

Canterbury aren't the worst team in the competition, but they have a bad trait of failing to finish off matches. That was the case against Canberra on Sunday as they took a shock lead and then didn't come out in the second half.

Another Michael Morgan injury has compounded North Queensland's lacklustre year. The team is looking for the season to end.

There's not much more to say. Brisbane are so young and they're getting battered around. The off-season can't come quick enough for the whole organisation. 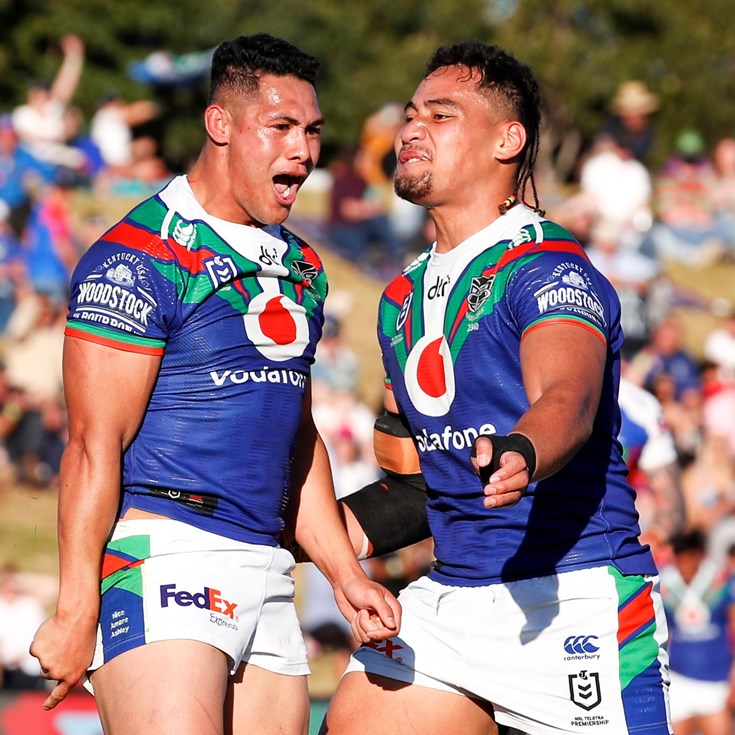