Caretaker Warriors coach Todd Payten is proud of the efforts his squad has put in over back-to-back wins in the past fortnight and strongly rejected suggestions incoming coach Nathan Brown needs to rebuild the roster.

All-but confirming the yet to be announced appointment, Payten said the players are aware of who the coach will be next year – but insisted the Newcastle-style rebuild Brown initiated in his previous coaching tenure would not be necessary.

"We're probably one or two positions away in terms of adding to our squad that will make us a finals team.

"That's a tough middle forward, preferably big and skilful, and a strike centre. Around that we've got some pretty handy players. Tonight we had a new halves combination and it wasn't perfect but it was good enough."

Of Brown's impending appointment, Payten said it could no longer be considered a secret.

"I think they know, it's out, it's public. Whether that helped tonight (with their mindset) I can't quantify that but it's good news for the club," he said.

Payten said loan prop Jack Hetherington, who is awaiting the match review committee's ruling on his high shot on Marty Taupau and could face a suspension, just needs to tidy up his game to be considered an elite player.

"Jack's this far away from being a really really good player, he's just got to take those parts out," Payten said.

"He coughed the ball up again tonight, he did it last week. If he eradicates those parts of his game he'll be high end."

Hetherington had however been good for team morale since joining camp.

"Jack Hetherington's been really vocal since he's been here and he feels like he's in a good environment full of good footy players," Payten said.

Something else that had helped morale was the addition of premiership-winner Brett Finch in a welfare style role.

"I've tried to get a couple of guys in over the course of the past seven weeks," Payten explained.

"Chris Heighington got knocked back by Apollo. I thought Chris would add value because he built his career on effort and ended up with two premierships and 300 games.

Herbert plants it down at speed

"I brought Finchy in to keep me amused – but he has a good message because he had a really good career, but he's had some challenges since.

"Our boys will look back on this time in five or 10 years, thinking that was a really good time in our life. That was the message I was trying to get through to the boys. I think he's done that. But he also had some other stories I wish he kept to himself at times." 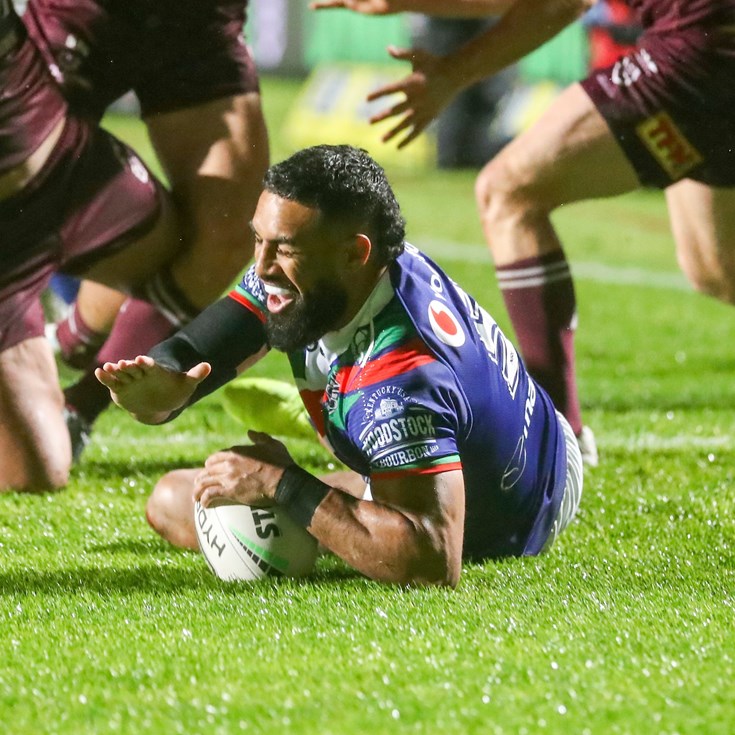