Todd Payten labelled Sunday's 46-10 loss to the Sharks the worst performance by his team so far this season, even though the Storm put 50 points on them three weeks ago.

But he said the personnel changes with some players going home next weekend, was not to blame.

He also mentioned the Warriors were not seeking "in the short term anyway" to relocate from their base in Terrigal on the NSW Central Coast.

"There was talk about that but now the Queensland protocols have tightened up that's not on the radar for the time being," Payten said.

There was a chance the Warriors would again base themselves in Kingscliff, close to the Queensland border in northern NSW, so they could play games at Cbus Stadium or Suncorp Stadium.

But Payten has more urgent matters on his mind – trying to stop his side's results from continuing to unravel.

"I thought our physicality wasn't there from the start," he said after the Sharks pout on eight tries to two.

"We weren't in the contest – that was by far our worst performance of the season.

"I asked them why that was our worst and Tohu Harris said straight off the bat 'We were soft' and I agree with him," Payten said.

"Reasons being? I'm not totally sure."

But the coach refused to use the dislocation from family and friends and their homes as a factor that is possibly starting to drain his players.

"There's some clarity around when they're going. They [four players] are flying out the day after the Roosters game [next Saturday]," Payten said.

"I don't think it has, and it shouldn't have, any impact on the performance today.

"The last two to three weeks our spirits have been really high at training. There's a good bond in the group. There is now some clarity around the guys going home.

"There are some families here in the facility so there's a good feeling there at the moment – we're being well looked after.

"But we’re way off from the starting siren with our intent, and our physical approach to the game."

Sharks coach John Morris said all clubs were willing to help out the Warriors but most were experiencing heavy injury tolls.

"I hope they can continue to get a few loan players to add some strength to their side," he said.

"Most coaches have said they'd be happy to support them but they are getting decimated with injury themselves.

"I definitely feel for them. I just spoke to Todd Payten then … and it's definitely going to get tougher for them as far as personnel goes as some are returning home."

"I've got some very close friends in that group and I've still got a lot of care for them and the club," he said.

"I've been there experiencing some of that pain where you try to so hard and it just doesn't translate on the field.

"But they've got the right leaders in that group and the right ingredients there." 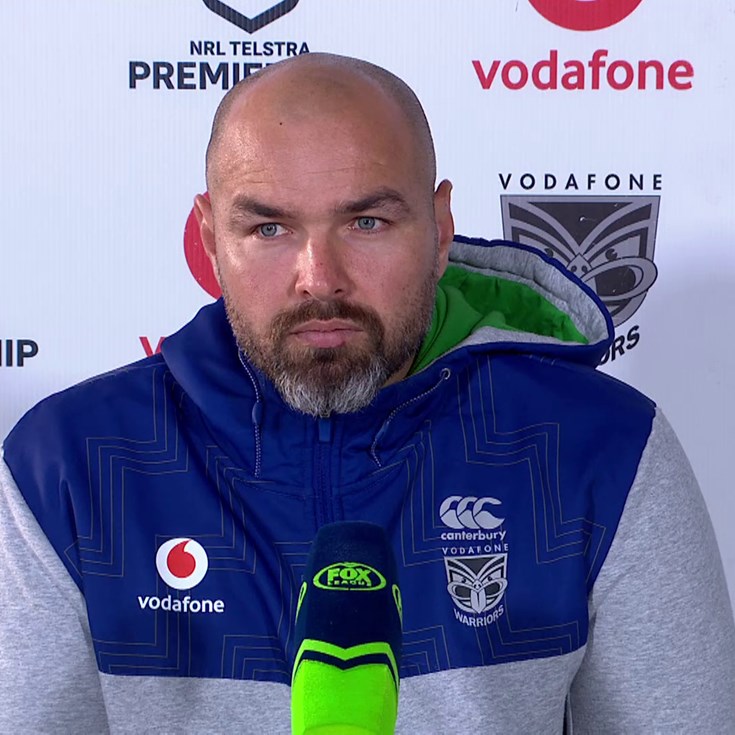