Adam Keighran is the latest of the Vodafone Warriors’ long-term injured players set to be available for selection again.

The 23-year-old utility back’s plans for the resumption of the 2020 campaign were cruelly halted by a knee injury during a field session when the Vodafone Warriors were in quarantine in Tamworth in May.

He had to head south to Sydney for surgery before linking up with the squad at its base in Terrigal on the Central Coast to start his recovery.

Coming back from a long-term injury has had its frustrations but in a Zoom call this week he said he was close to being in contention again.

"My recovery is going well. I had my first proper training session with the team this week (Tuesday) and it all turned out pretty good. It hasn't felt sore,” he said.

"It's a bit of a long process when you're in rehab and just watching the boys on the field gets a bit frustrating but I've been back on the field this week and hopefully I can string a few sessions together and hopefully it still feels good and gives me the chance to be in contention either next week or the following week.

"I'm hoping to be back soon and if I can win a spot in the side, I'll be looking to bring some energy to the team.

"There's a frustration with any injury. I was feeling the fittest I've ever been the week I got injured (in Tamworth) but being in camp with the boys I've still felt like part of the group.”

When Keighran came to the Vodafone Warriors last season, he was aiming for a spot in the halves and ultimately earned his first-grade debut alongside Blake Green in the 2019 season opener against Canterbury-Bankstown.

He stayed there for the first three rounds before making three more appearances from the bench later in the season when he provided cover in the halves and at hooker.

His only outing this year came in the second round against Canberra in Robina when he was called in to replace Kiwi international Peta Hiku in the centres after he and winger Patrick Herbert returned home on compassionate grounds.

Keighran impressed in the position for Penrith in the 2018 Intrust Super Premiership when he was named in the centres in the competition’s team of the year (and the other centre was current teammate Herbert, who was then with St George Illawarra).

His return to full fitness is well-timed with the Vodafone Warriors’ depth in the outside backs about to take a huge hit when first-choice wingers Ken Maumalo and David Fusitu’a head home for family reasons after next Saturday’s 11th-round encounter with the Sydney Roosters. 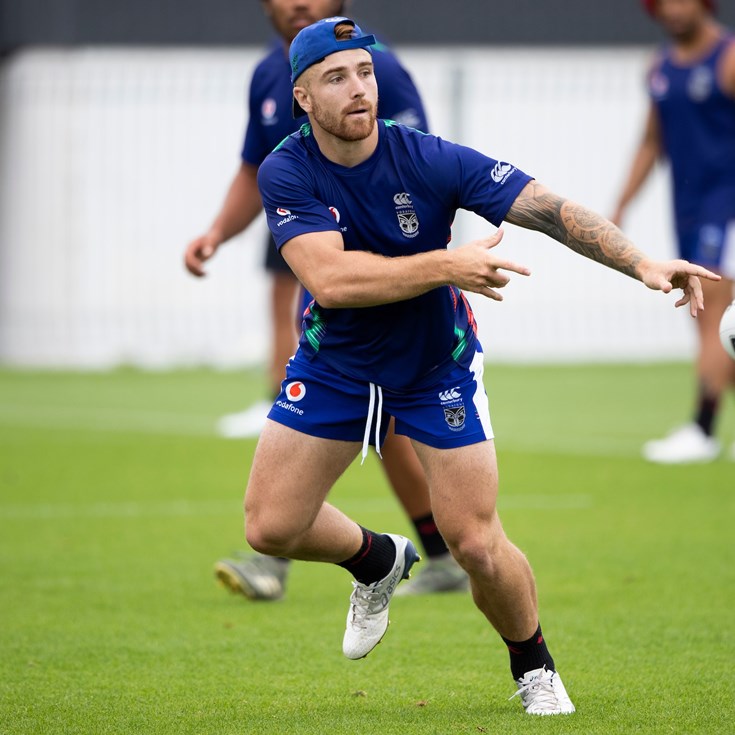