Part two of the annual NRL Players' Poll shows that the major changes to the game in 2020 have been strongly supported by those who step onto the field each week.

NRL.com, in conjunction with The Sydney Morning Herald, polled 150 players from all 16 clubs to get their responses about a range of topics.

In part two of the two-day reveal, the players dissect the biggest issues in the sport, including the performance of head office, the potential for a standalone Origin series in the middle of the season, when the grand final should be played and more.

Part 1 unveiled James Tedesco as the best player in the game, dethroning veteran Cameron Smith, while Roosters coach Trent Robinson was crowned the new king of the coaches.

If you were starting up a new NRL team, who is the first player you would sign?

The best fullback and player in the game is also the most sought after, with James Tedesco voted as the player they would sign first if they were starting up a new club. Kalyn Ponga won this category last year but has slipped to third behind Manly’s Tom Trbojevic. David Fifita didn't make the top five, despite the Titans offering him in excess of $1 million to leave the Broncos.

Which team do you most love to beat?

It appears the players are happy to kick the Broncos while they are down, voting Brisbane as the team they most love to beat. The Broncos finished third last year behind the Roosters and Storm, but have climbed to the top of the ladder. The Eels' winning ways are also getting on the nerves of rivals.

Who do you think will win this year's State of Origin series?

As expected, the NSW Blues are tipped to win their third consecutive State of Origin series. A total of 70 per cent of players have predicted Brad Fittler’s men will again lift the shield at the end of the year, with 28 per cent of players polled tipping a series whitewash.

Which player most deserves to make his State of Origin debut in 2020?

For the second straight year, Luke Keary is the player most deserving of an Origin debut. Injury denied him last year, and it appears that's the only thing that can deny him again this year. Victor Radley may have polled higher if he didn’t suffer a season-ending knee injury.

Do you believe the NRL should introduce a standalone State of Origin period in the middle of the season?

The NRL has been criticised in recent years with the standard of the competition dropping during and for a period after Origin, with the game's showpiece event diluting the quality of the club game. Almost 60 per cent of players voted in favour of a standalone State of Origin period in the middle of the season.

Is there enough talent to cater for a 17th team in the NRL?

The players don't share the same concerns held by some at head office, who believe there may be a shortage of quality footballers required for an additional team. A total of 83 per cent of players have encouraged the NRL to push ahead with plans.

Where should the NRL's next team be based?

For the past two years, Perth has been the desired destination for expansion amongst the players, but that has turned on the back of the NRL shutting the door on Western Australia for now.

Do you agree with the NRL's decision to go back to one referee?

On a scale of 1-5, how would you rate the performance of the new NRL administration compared to previous years?

After a tumultuous few months, the NRL has come out of it looking great in the eyes of the players. The effort of the current administration to get the game back up and running following the COVID-19 break hasn't gone unnoticed, with the Peter V'landys and Andrew Abdo-led office receiving a 3.5-out-of-five mark. The NRL wasn't given a pass mark last year.

Do you believe the NRL's new six-again rule is a positive addition to the sport?

Another shot in the arm for the governing body with the players also giving the thumbs up to the sport’s biggest innovation in recent memory. The six-again rule has only been rejected by 14 per cent of players. A total of 59 per cent of players believe it has had a positive impact on the spectacle, while 27 per cent are still waiting to judge.

How many captain's challenges should each team get?

Another rule change, another tick of approval. Only seven per cent of players believe the captain’s challenge has no place in the game. A total of 63 per cent believe it is working just fine, with another 29 per cent calling for an additional referral.

Should there also be a five-minute sin bin for minor indiscretions?

The NRL has been encouraged to add another element to the sport by introducing a five-minute sin bin to be applied for minor indiscretions. A total of 55 per cent of players want to see the reduced sin-bin introduced, which may be another way of deterring ruck infringements.

Should the bunker rule on forward passes?

The majority of players want the bunker used for forward passes in some capacity, with 63 per cent of players calling for the introduction of technology on passes. Of the 94 players who voted in favour of video technology, 46 believe it should only be used to rule on forward passes leading to tries.

Do you agree with the NRL's position to support funding for suburban grounds over major venues?

V'landys' push for funding for Sydney suburban venues has been backed by the players, who would rather play at small boutique stadiums then have a world-class major events facility.

When should the NRL grand final be played?

The players have put pressure on the game's free-to-air broadcaster to consider a day-time grand final. Channel Nine's preference is for grand finals to be played at night to maximise interest and advertising money, but the players would prefer a return to the old days.

Do you think there should be an 18th man used for players injured from foul play?

The NRL is already considering making the change, and this result will only fast-track any plans to allow an 18th man to take the field if a team loses a player as a result of foul-play. 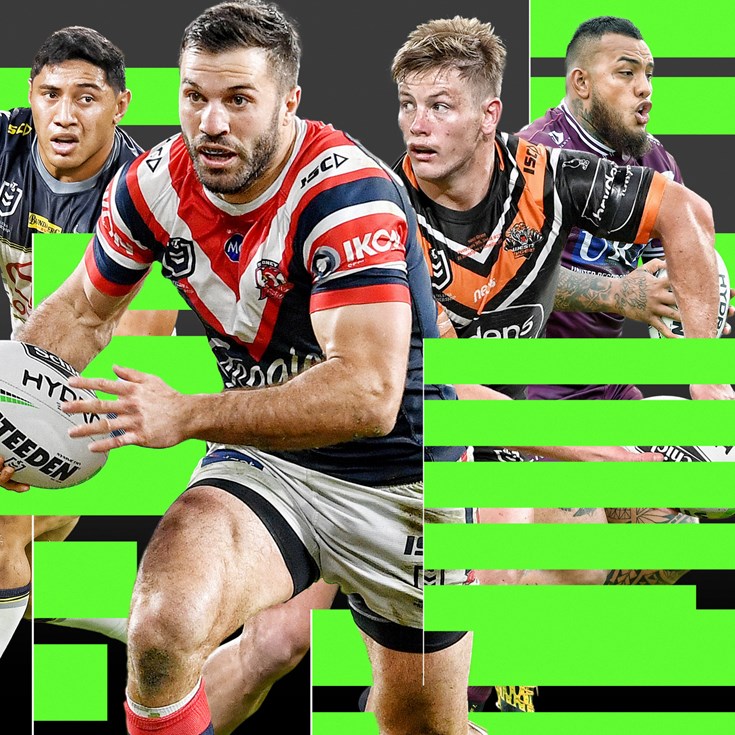 Chatting with 'The Big O'