Known as 'The Big O', Olsen Filipaina was a centre/five-eighth who played 28 Tests for New Zealand across an international career that ran from 1977 to 1986.

He'd already impressed for the Kiwis against Australia before joining Balmain in 1980, playing five seasons with the Tigers before stints at Eastern Suburbs and North Sydney.

Filipaina played a key role in famous victories over the Kangaroos in 1983 and 1986, continuing to thrive on the international stage even while stuck in the lower grades in the latter part of his club career.

His biography, written by Patrick Skene, was released this year, titled "The Big O: The Life and Times of Olsen Filipaina".

Like most Kiwi kids you grew up wanting to be an All Black, so what made you choose rugby league?

At high school I was playing rugby and all you wanted to do back then and the same now I guess is be an All Black. I made all the rep sides and played with Joe Stanley and a few other All Blacks so that was my goal. My father more or less made the decision for me to play league and it was always out of my hands. You respect your elders and listen to them and that's what I ended up doing. My ambition of playing for the All Blacks was put to bed very quickly.

It didn't end up being a bad decision though, especially when you look at your Test career. What was the best thing about playing for the Kiwis?

The camaraderie and what we called 'the brotherhood'. We were prepared to do anything for each other. The last team New Zealand wanted to lose to was Australia, and it was the same for the Aussies not wanting to lose us – that applies in any sport you bring up. The Kangaroos were always the top and still are.

How did you manage to go from battling in reserve grade one week to taking down Wally Lewis the next in a Test? What was the secret?

I think Graham Lowe had a bit to do with it. He didn't tell me that before the first Test match [in 1985] that he had gone to see my mother and said he was playing me at five-eighth against Wally Lewis and she said, 'If he doesn't do a good job, I'll clip him over the ear', so I knew I had to have a big one against Wally!

What was it about Graham's coaching style that made you guys respond so powerfully?

He worked for us and he knew exactly what players to pick. He had James Leuluai the finisher, and he knew what I could do. James always hung around whenever I got the ball and Fred Ah Kuoi did the same thing. All the players knew I could bust the first tackle and if someone was there in support I would find them. We all knew each other's play and that's why that 1985 side was such a great side.

Speaking of 1985, you famously walloped the Aussies 18-0 at Carlaw Park in the third Test. The joint must have been jumping that day?

Mate it was like Christmas and New Year all in the one day. The Aussies were shocked but they took it on the chin and then we probably had to wait another couple of years to get them again. It's something we always aimed for, to beat Australia, and when it did happen it was the best feeling ever.

That Kiwi pack included Howie and Kevin Tamati, Hugh McGahan, Kurt Sorensen and Mark Graham – how tough were those blokes?

They were the brick walls! You know they are going to do damage to blokes in tackles. I remember Kevin Tamati in a Test against Great Britain telling the other guys in our pack, 'when that bloke's head pops up, if one of you doesn't throw a punch at him, I'll hit you myself'. That's the sort of bloke he was and no one argued with KT.

You played alongside some tough boys at Balmain in the early '80s. What was the best thing about playing at Leichhardt Oval?

The atmosphere was a lot like Carlaw Park because you're so close to the crowd and you've got the people on the hill. It's a place you wanted to play every week.

And you had the game's greatest fan Laurie Nichols in your corner...

I couldn't believe that bloke when I first saw him wearing his singlet no matter how cold it was. He was a magnificent bloke and he had a nickname for everyone. People thought he was strange but without the Tigers and without Laurie Nicholls it wasn't a game of rugby league.

These days he wouldn't be allowed in the rooms and that's sad. Everyone used to be open with each other and you spoke to people about things and no one had a problem but now you have to go through security guards and you can't talk to a player unless he has a media person with him.

You had the great Larry Corowa on the wing. What made him so special?

When I first saw him sitting in the grandstand at Leichhardt Oval, I thought he was homeless. He was waiting to come in and get changed and I asked someone who that guy was and they said 'that's Larry Corowa'. I had heard about him in New Zealand and I said 'you're kidding'. He was like a matchstick but then he put on a pair of boots and he made it look so easy.

It's something we always aimed for, to beat Australia, and when it did happen it was the best feeling ever.

It was important to you to give back to your family who had sacrificed a lot for you but it didn't leave you with much?

It didn't bother me not having much as long as I was playing rugby league and my family were getting money.

I was playing footy and getting paid and they were happy but unfortunately I found out later what my father ended up doing with my money but I had no control over that because he was the man in charge of everything.

Any regrets or are you glad you did that for them?

My job was to send what I could back home and if I never got a phone call from home that was good for me because normally something was wrong if I got a call. I may have been wrong as it turned out but I did what I had to do for my family and I'm still happy with that.

You also earned some cash working as a garbo and you're still doing the same run today?

I've been doing it since 1980. I'd get up at 1.30am and get to the yard about 2am and run behind the trucks and grab the normal garbage bins. That's where I got to meet Artie Beetson in West Ryde.

And you still have people come up and talk to you on the garbo run and remember the old days?

Obviously plenty of great memories but were there any bad moments? Did you cop racism that made you want to walk away from the game?

No because I loved league that much that it never turned me against the game. It made me want to play harder and the spectators that called me names if we were winning I would just point to the scoreboard and start laughing. Rather than doing what I really wanted to do I would get them back that way. 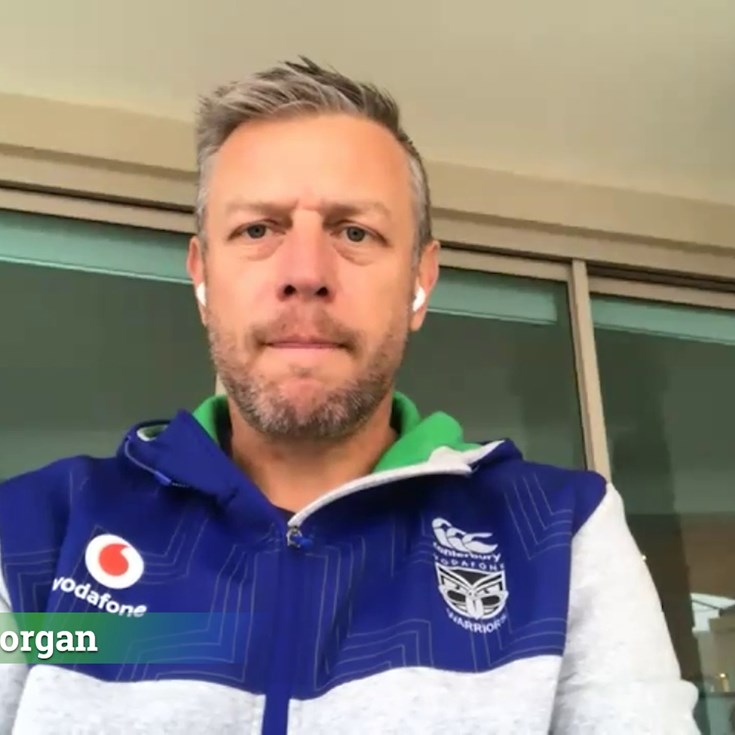 'Got our pockets picked'

Another loss on road

Stung by Titans in Robina