When he moved to New Zealand as a teenager, rookie Warriors forward King Vuniyayawa had to convince his early coaches that just because he was from Fiji didn't mean he was a winger.

Vuniyayawa grew up playing rugby union after his family, which includes five brothers and two sisters, moved from Fiji to New Zealand but after watching Jarryd Hayne star for the Bati at the 2008 World Cup he switched to league when he finished high school.

However, Vuniyayawa suffered a setback at his first attempt to break into the NRL after being advised to trial for the Warriors under 20s team as a winger.

"I might be Fijian but I am not fast. We are not all wingers," Vuniyayawa said. "I trained how to play wing so I have got a fair idea but I am still not a winger."

The 25-year-old finally broke into the Warriors team this year and has played all five NRL matches as an interchange forward.

He ended the year representing Fiji in Oceania Cup Tests against Samoa and Papua New Guinea before receiving another opportunity to trial with the Warriors during the off-season.

"It was an amazing experience playing for Fiji and being in camp," Vuniyayawa said. "That was the real reason I got into league.

"I saw Jarryd Hayne play and I thought 'holy heck, who is this guy'. Jarryd Hayne was just zooming past everyone and the next year [2009] he was playing for Parramatta and he had that breakout year.

"I was always playing rugby union but on the weekends I never watched union, I was watching league the whole time. Somehow league was just more exciting and I found myself playing this sport. Straight away I fell in love with league, I just liked the big heavy contact."

After missing out on the Warriors under-20s team in 2015, Vuniyayawa returned to Manurewa, the South Auckland club which has produced the likes of Owen Wright, Joe Galuvao, Greg Eastwood, Jesse and Kenny Bromwich, Peta Hiku and Siliva Havili.

After making his NSWRL debut for the Warriors in 2018, Manly expressed interest but the move to Sydney fell over and he remained in Auckland before being given another chance with the Warriors during the pre-season.

An injury crisis in the forwards provided an opportunity for Vuniyayawa this season and he has made the most of his chance with the Warriors.

"First grade has been amazing and I am still trying to find my feet," he said. "I like to pride myself on my defence and making hard, strong tackles to help the boys."

Having established his place in the Warriors squad, Vuniyayawa's ambition is now to return home and play in front of his family at Mt Smart Stadium when the trans-Tasman travel bubble is confirmed by the Australian and New Zealand governments.

"That is one thing I think about sometimes and I could get really nervous with the pressure and stuff but it would be the best thing ever, running out to that crowd and with pretty much the whole of New Zealand backing you," he said.

"That is just a massive dream of mine, to play for the Warriors and to play at home at Mt Smart. I am looking forward to it whenever that is, and hopefully I get the chance to do that one day." 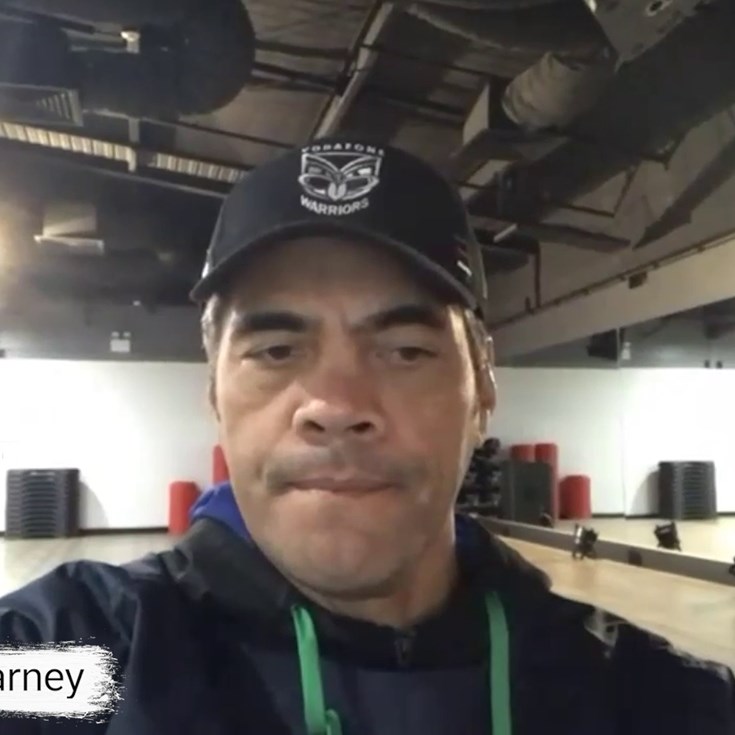 Kearney: It's a positive move from the NRL

All round six squads