Last week it was Mark Tookey coming off the back fence, this week it’s another cult hero Iafeta (Feka) Paleaaesina with a turbo-charged carry creating an exceptional length-of-the-field try in our latest edition of Thursday Throwback presented by Mazda.

The fearless Feka’s breath-taking rhino-like run came in the middle of a remarkable comeback that would ultimately bring the Vodafone Warriors a 31-30 golden point win over South Sydney at the Sydney Football Stadium in 2003.

They found themselves 6-24 behind early in the second half when the Vodafone Warriors launched an extraordinary recovery.

Champion halfback Stacey Jones ignited it with the first of four converted tries in just 12 minutes which propelled his team into a 30-24 lead.

The third of them had Paleaaesina all over it as he busted through two tackles, taking the ball all the way to halfway before passing to Clinton Toopi – also the finisher in last week’s TBT special – to scamper 50 metres.

The Rabbitohs stopped the bleeding to level up at 30-30 with a late converted try before Jones slammed over a terrific field goal for the win. 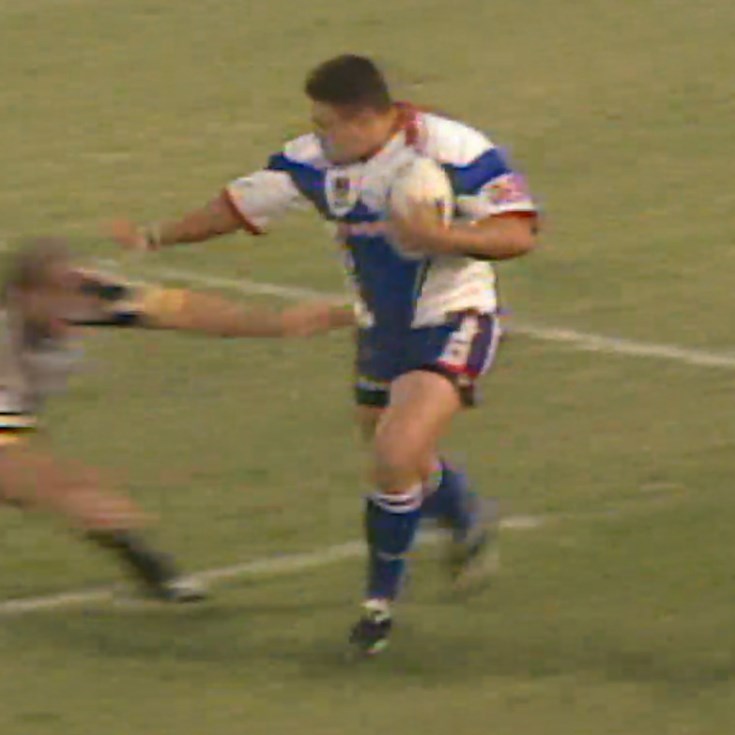