Kodi Nikorima recaptured his brilliant best in sparking the Warriors to a 37-26 upset over the Cowboys on Friday after the visitors lost Valentine Holmes and Jordan McLean to injuries.

The Warriors looked a different team to the one that failed to score against Penrith a week prior, with a Peta Hiku hat-trick and the performance of their mercurial five-eighth proving the difference in a tit-for-tat clash at Central Coast Stadium.

North Queensland star Holmes began limping around the six-minute mark and soon switched spots with debutant left winger Hamiso Tabuai-Fidow. While he crossed for a try out wide, Holmes never looked comfortable and came from the field after 26 minutes.

Leading prop and stand-in captain McLean only managed 20 minutes due to a calf complaint. Cowboys coach Paul Green said post-match that neither Holmes or McLean had done any serious damage.

Lock Jason Taumalolo's impact was blunted in his return from bone bruising on the knee, recording 129 running metres – modest by his record-breaking standards.

The display wasn't how Green would have wanted to celebrate becoming the most capped coach in Cowboys history with 162 NRL games.

But it wasn't all bad for North Queensland, with 18-year-old speedster Tabuai-Fidow showing plenty of promise after being thrust into the custodian's role as he set up two tries, had one of his own disallowed and saved another in defence.

"[Fullback] is probably his natural position where he played most growing up, I thought he did a pretty good job," Green said.

Green said the "bottom line" for his side is they have "got to be tougher mentally defensively".

He added: "Five tries out of the seven [the Cowboys conceded] were on last tackle."

The Warriors struck early when halfback Green placed a cross-field kick over Tabuai-Fidow's head, with Patrick Herbert flying through to force the ball as it landed in-goal.

Tabuai-Fidow, now roving at fullback, helped North Queensland hit back with a nice step and pass to put Holmes over in the left corner.

The visitors then snatched the lead after winger Kyle Feldt grounded a Mitch Dunn grubber following an air-swing from Warriors centre Hiku.

Some Nikorima magic in the 26th minute got the Warriors level again. The playmaker sliced into the clear with a lethal left-foot step before finding powerful back-rower Eliesa Katoa, who defied the cover defence to score his second NRL try.

The Warriors almost went back-to-back but Tabuai-Fidow halted Adam Pompey with a strong tackle. "The Hammer" then seemingly cut through for his first NRL try but the Bunker ruled that Coen Hess had obstructed the defence.

It was a big moment as the Cowboys slipped behind moments later when Hiku pushed past Esan Marsters to touch down. Nikorima booted a field goal on the stroke of half-time.

Tabuai-Fidow continued his sublime outing by delivering a pass for Justin O'Neill to score one minute into the second term. But Nikorima responded with a special assist to reclaim control, skilfully tapping on an offload from Katoa to hand Pompey a four-pointer.

The frantic nature of the contest continued when Francis Molo crashed over for the Cowboys with a soft try up the middle, before Hiku nullified their advantage by pouncing on a Wayde Egan grubber in the 55th minute.

The New Zealand team weren't headed again. The poise of Green came to the fore, with Hiku bagging his third try from one of the No.7's bombs.

Interchange hooker Karl Lawton then cleaned up the scraps from another Green kick to get in on the try-scoring action, before Feldt grabbed his double in the 72nd minute to tighten the final margin.

Meanwhile, the NRL may look into a second-half sideline interview between a television reporter and Holmes with regards to a possible breach of social distancing protocols.

Miraculous put down from Herbert gets us started 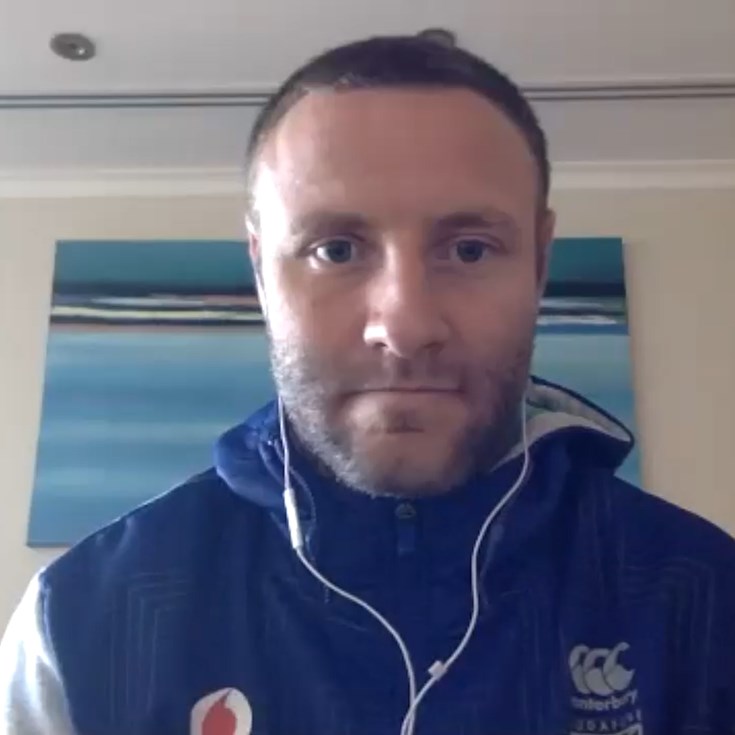 Green: Loving having my family here

Kearney: Their spirits are in good shape'

Green light for Warriors to line up in NRLW