Poasa Faamausili has made an immediate impact on Stephen Kearney and the Warriors coach expects him to do the same for the team on the field on Friday.

Faamausili has joined the club on a short-term loan deal from the Roosters and will make his club debut against Penrith.

"He's settled in fantastic," Kearney said. "Absolutely [he'll play]; we didn't have him come into camp to not play any time for us.

"He actually went to school with a couple of the boys in the group – David Fusitu'a, Nate Roache, Isaiah Papalii, he had a bit to do with Rog (Tuivasa-Sheck) at the Roosters early days, Jack Murchie, Josh Curran. I think he feels pretty comfortable the way he turned up to training on Monday.

"You can see he's come from a great system in the Roosters, all the detail around his football he does really well. The boys enjoy having him in the camp. I think he'll fit in really well."

Kearney won't have any of his unavailable players returning this week but hopes for a few back in round five from the group which includes Jazz Tevaga, Lachlan Burr, David Fusitu'a and Agnatius Paasi.

Fusitu'a is still locked in isolation, the centre unable to even leave his hotel room to do any running after joining the squad in Australia late.

"I don't anticipate David to be back next week. It's only a week today [Wednesday] he's been locked down in a hotel room not able to do anything in terms of running," Kearney said.

"He's been able to sit on a bike. I don't expect him to be ready for at least another two weeks."

Annesley aims to stay ahead of coaches

Tevaga picked up a fresh training injury as he works back from a knee problem.

"Jazz had a bit of a mishap today at training so we have to see how that's presented and see what the diagnosis is on that," Kearney said.

"It's not with his knee, it's a soft tissue injury so we have to see how he pulls up."

Burr and the suspended Paasi are sidelined due to head knocks, though Paasi is likely to be back after his ban this round.

"Lachie [Burr] didn’t pass progression in his HIA assessment last night so he got ruled out," Kearney said.

"Agnatius started the protocol back from a head knock on Saturday, I'm pretty confident he should be OK heading into the Cowboys match."

Young forward King Vuniyayawa has shaken off his head knock against the Dragons and will play against the Panthers.

Centre Peta Hiku will sit this one out after going off with a rib injury in Saturday's 18-0 win over the Dragons but with the centre appearing unencumbered at training, his coach joked the rib complaint was nothing more than a "grade three carry-on" and expected him to be available sooner rather than later.

Kearney revealed a tip from the Knights would result in the club making a pit stop at Parramatta's new training facility on the way to Campbelltown on Friday.

"All the footy clubs are getting used to the new travel arrangements. We spoke to a couple of the Newcastle staff and we're actually stopping in at Kellyville and having a walk around on Parramatta's training ground which is about an hour and fifteen away before we head out to Campbelltown," Kearney said.

"That was the process the Knights followed on Sunday and we'll look to do the same thing on Friday to break the trip up a touch." 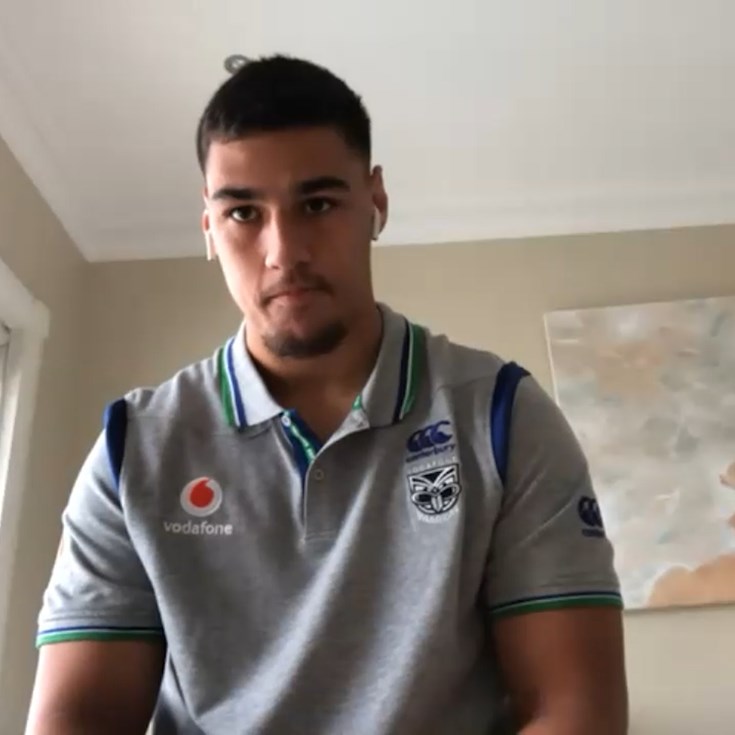 Lawton: I just went with the flow

How to tune in to this week's games