Lawton was thrust into the left centre’s role 25 minutes into last Saturday’s clash against the St George Illawarra Dragons after veteran Hiku was forced off with a rib injury.

In his 55-minute shift in the position Lawton made 95 metres from 10 runs and helped to shore up the left edge defence with 18 tackles and no misses as the Vodafone Warriors opened the resumed NRL season with an 18-0 shutout of the Dragons.

With David Fusitu’a not yet ready to return to play after his late arrival in Australia, Lawton has been called on to start in the centres for just the second time in his career. The first was his debut for the Gold Coast Titans against the Vodafone Warriors in Auckland in 2016.

The 24-year-old Auckland-born Faamausili, who has joined his new teammates on loan this week, is straight into the fray for what will be his 15th NRL appearance. He’s set to become Vodafone Warrior #245 following ex-Canberra Raiders back rower Jack Murchie who had his first outing for his new club last week.

Filling the vacancy created by Lawton’s move to the starting line-up is ex-Sydney Roosters back rower Josh Curran. The last of his two matches for the Vodafone Warriors was in last year’s season-ending 24-20 win over Canberra; a leg injury ruled him out of contention for this season’s opening two matches against Newcastle and the Raiders.

Egan aside, the forwards all topped 100 metres, Harris the best of them with 219 metres while Katoa made 181, Taunoa-Brown 133, Blair 122 and Papali’i 121. Coming off the bench rookie King Vuniyayawa made 111 metres in his 29 minutes on the field. 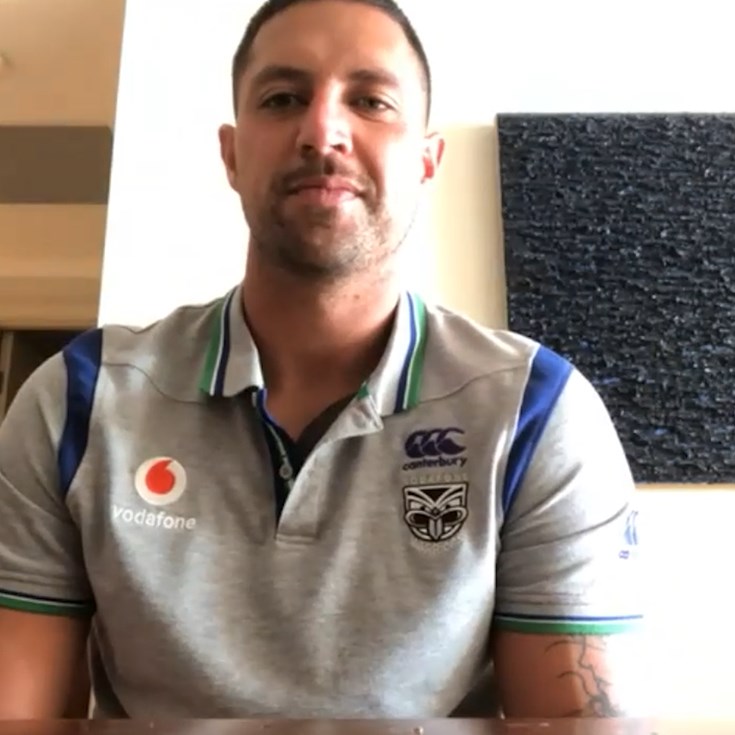 How to tune in to this week's games