The New Zealand Warriors have sacrificed plenty to be lining up for this clash against St George Illawarra.

After relocating from Auckland to NSW due to the travel restrictions in place between Australia and New Zealand because of the COVID-19 pandemic, the Warriors will have a lot of sentimental support for the rest of their 2020 premiership campaign.

But the most important focal point for Stephen Kearney is for his team to get a win after losing their first two matches in March.

The Dragons are in the same boat after suffering defeats at the hands of the Wests Tigers and Panthers to open their season.

Warriors: Former Raider Jack Murchie has been elevated into the interchange for his new club. Eliesa Katoa has been promoted to the starting second row with Isaiah Papali'i switching to lock and Adam Blair to prop. Front-rower Lachlan Burr was omitted 24 hours from kick-off along with bench back Adam Pompey, while Chanel Harris-Tavita and Josh Curran dropped out on game day. The Warriors have won their past three games against the Dragons.

Dragons: St George Illawarra are 1-17, with Trent Merrin and Adam Clune dropping off the extended bench on game day after Jacob Host and Jackson Ford were culled from the reserves on Friday. Cameron McInnes returns from injury for an 80-minute stint at hooker at the expense of Issac Luke, who has been under the weather and underwent COVID-19 testing as a precaution. The veteran rake was cleared to return to training last week but has missed several sessions and selection as a result. 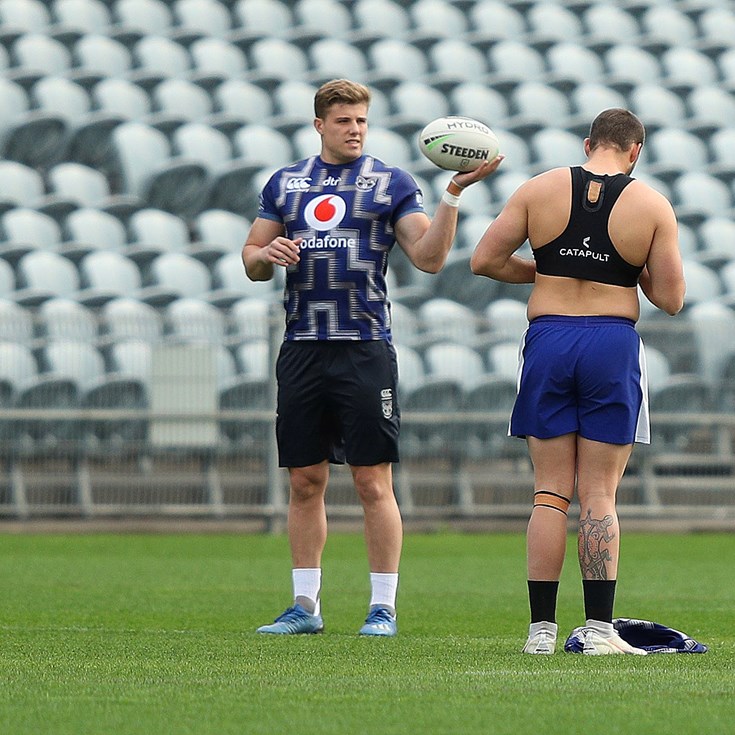