New signing Jack Murchie will become Vodafone Warrior #244 after being brought onto the interchange for this third-round encounter only nine days after joining the club from the Canberra Raiders.

His club debut will be the big back rower's fourth NRL outing.

Murchie's inclusion has come about after experienced middle forward Lachlan Burr was ruled out yesterday after suffering a head knock in Thursday's training session.

In Tuesday Kearney confirmed seasoned Kiwi international Gerard Beale's return in the centres in his comeback from his patella injury while fellow outside backs Patrick Herbert and Peta Hiku also came back into the side after missing the second-round clash against Canberra in March on compassionate grounds.

Beale, Hiku and Herbert have replaced Adam Pompey, the injured Adam Keighran and centre David Fusitu’a, who has been in quarantine after arriving late in Australia.

With Leeson Ah Mau sidelined after pectoral surgery, rookie Jamayne Taunoa-Brown starts at prop. Nikorima, Taunoa-Brown and Papali’i all move into the starting line-up after being on the interchange in the 6-20 loss to the Raiders in Robina on March 21.

Brought onto the bench are prop Agnatius Paasi, who was injured for the Canberra match, and hooker Karl Lawton. King Vuniyayawa, used in the opening two rounds, remains on the interchange.

The match has special significance for Harris, who’ll be making his 150th career appearance.

With the NRL moving away from the established two-referee system, Chris Sutton has been named to control the match. 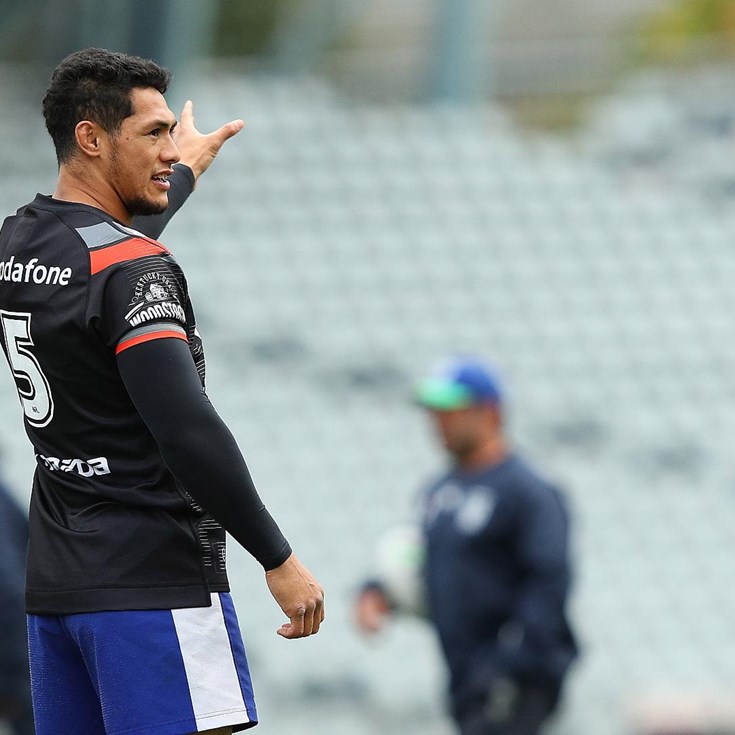 Turning the impossible into reality