Being quarantined in Tamworth with little else to do but train is set to "sharpen everyone's game up", according to Warriors forward Lachlan Burr.

The Auckland-based club has been in the country NSW town since May 3.

With hooker Nathaniel Roache joining the squad late after missing the initial flight with flu-like symptoms, the Warriors opted to restart their quarantine and they'll now remain Tamworth's highest-profile residents until May 21, when they'll move to Gosford.

Even though they've been forced away from their families for the good of the game and unable to go anywhere bar Scully Park, its leagues club and the neighbouring Mercure Hotel, Burr said there are some positives.

"The set-up is unreal, mate. We've all got our own rooms and we've got a big gym. It's literally 20 metres from my front door to my room," Burr said on Monday.

"They've got the whole bistro and bar open upstairs, so we've got a lot of room to move and get around. It doesn't feel like we're stuck in a place and can't do too much.

"We can go outside and go and have a little swim in the pool, we're training most days, so we're still keeping pretty active."

To pass the time, Burr said card games have been popular. But for the most part, the squad has poured their energy into tuning up for the season's restart on May 28.

"Because we’ve got the gym so close to us and we haven't really got too much else to do, everyone's sort of just practising up on their little skills and sharpening up for round [three]," Burr said.

So appreciative of Tamworth welcoming them, the Warriors have stitched the town's postcode onto their jerseys.

They have also offered Tamworth locals free membership which provides insider-access to club news as well as a 10 per cent discount on merchandise. 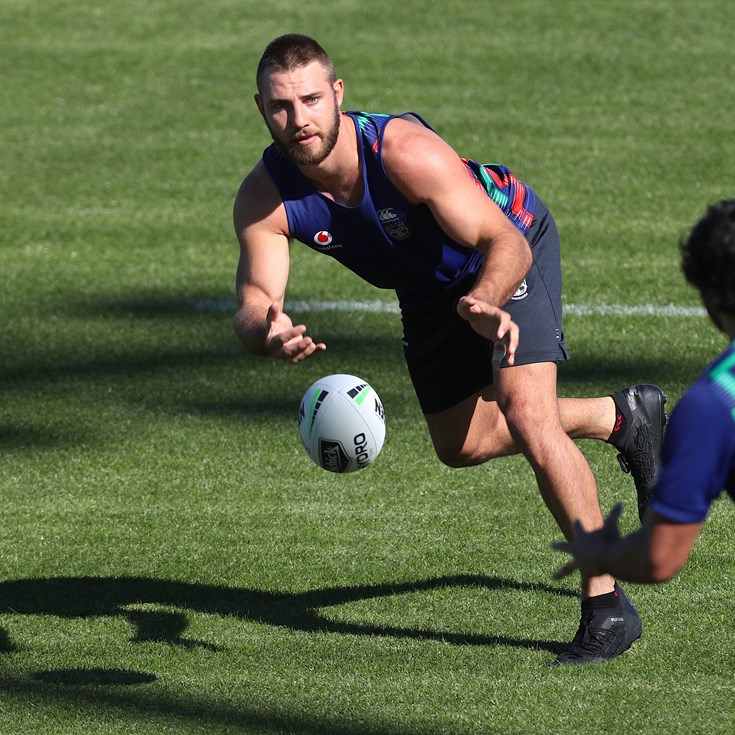