In a first for a high-profile New Zealand sports team, former players work among the NRL squad and staff in the now-disrupted 2020 season.

“We have some of the most loyal fans in any code and we know they are hungry for more intel on their favourite club," said Vodafone Warriors CEO Cameron George.

"When Sky Sport approached us with the concept, we were 100% up for it, knowing we would be creating an even tighter connection with our supporters.

“We were also very conscious the secret to Warriors TV being a success would be a willingness to be absolutely open and transparent, and to work with producers who know the game inside and out.

"We’re totally committed to letting Blake Ayshford and Francis Leger, both former players, roam free among the squad. We’re excited to see what they are putting together with the help of Sky Sport’s world-class crew.

“Of course, things have now changed with C-19, and we’re in the thick of that. It will mean changes for what we had originally planned for Warriors TV, but we were keen to get it out there and we’re delighted to be going live this week.”

Ayshford and Leger followed the Vodafone Warriors throughout their prep for the 2020 season, locking in a load of stories for Warriors TV.  As former players, they understand how tough it is for the players to train their hearts out and the nerves they endure on game day.

“We’re really grateful to the guys for taking us in, for their honesty and for the way they have just let us do our thing," said Ayshford, whose last game of his 174-game NRL career was the Vodafone Warriors' 24-20 win over Canberra last year."

“That support helps grow the game at every level ensuring the code is sustainable and part and parcel of that growth is ensuring there’s ongoing excitement and engagement with and for fans.

“Warriors TV is our first endeavour embedding a crew into a team for a first-hand, up-close look at what it’s like inside. It’s a privilege to have the full commitment to the project by the players and management.

"They’re showing us their vulnerability and we really respect that. Blake and Francis have really stepped up to the task and we’re stoked with the calibre of the first episodes in the can.

“If this works, and we know it will, we’ll be looking at other projects like this.

"With all the changes to the season brought on by Covid-19 we’ll be developing all sorts of content with the Vodafone Warriors about what’s happening now behind the scenes, how the players keep up their spirits, how their families are coping and other great stuff like how to train like a pro even when you can’t get to the gym.

“Watch this space – and head to Sky Sport 4 for some great stuff.”

What is Warriors TV? 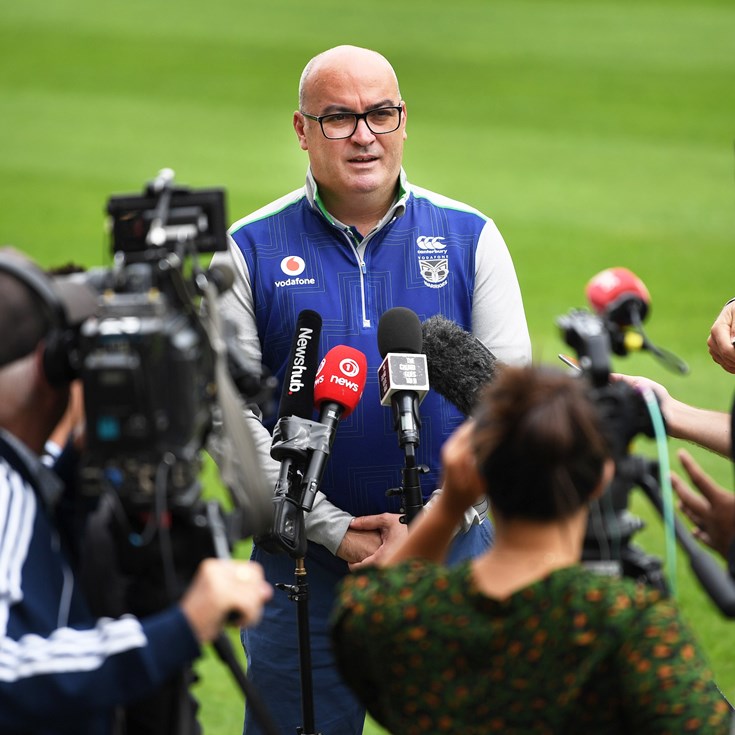