It’s that time of the week again for Vodafone Warriors fans to choose which one of three memorable matches will feature on Game Day Saturday on Sky Sport’s home of rugby league at 3.00pm next Saturday (April 18).

This week the options are classic contests involving the Sydney Roosters, the Vodafone Warriors’ scheduled sixth-round opponents this Saturday (April 18) before the 2020 NRL season was suspended.

Sky Sport and the Vodafone Warriors have combined to bring supporters a taste of the best from the past by making Game Day Saturday appointment viewing.

In week one, we featured a stunning encounter with the Wests Tigers form 2008 when the Vodafone Warriors won 28-26 at Leichhardt Oval and this past Saturday it was an outstanding 44-16 win over St George Illawarra at Mount Smart Stadium in 2007.

Now it’s over to you, the fans, to vote for the match you’d like to see from the three options below.

Coming off big wins over Illawarra (38-12) at home and Parramatta (40-4) away, the Auckland Warriors were showing signs of starting to find their feet in the competition after losing four of their first five games and having the two points stripped from their only victory over Western Suburbs.

They didn’t start so well in their very first meeting with the Roosters as the visitors jumped to a 12-0 lead but this was transformed into a memorable battle with the Warriors hanging tough in front of another huge debut season home crowd of 29,048 to triumph 26-22.

This Monday night match, the last of the opening round of the 1999 season, delivered a fantastic result for debutant Vodafone Warriors coach Mark Graham and plenty of controversy after a melee midway through the second half.

The Vodafone Warriors were ahead 14-12 at the time when Brad Fittler and Ali Lauitiiti were sent off and Andrew Walker and Tony Tuimavave were sin binned. Both sides were down to 11 players each for the next 10 minutes and then 12 for the last few minutes but Graham’s men impressed against the heavily fancied Roosters to win 26-16. Captain Matthew Ridge scored two tries and kicked five from five while the Roosters failed to convert one of their four tries.

While the season started with two wins, three losses then followed to Brisbane, South Sydney and Newcastle leaving the Vodafone Warriors under pressure to break the streak at home against the Roosters.

The stress seemed to be showing as they went to halftime 0-16 down but the great Stacey Jones, in his comeback season, inspired a revival scoring soon after halftime and then bombing to the left for first Jerome Ropati and then Manu Vatuvei to score. Now just 14-16 adrift, a Denan Kemp penalty levelled it up to eventually take the match into golden point extra time. There Jones came up with the clutch match-winning field goal. 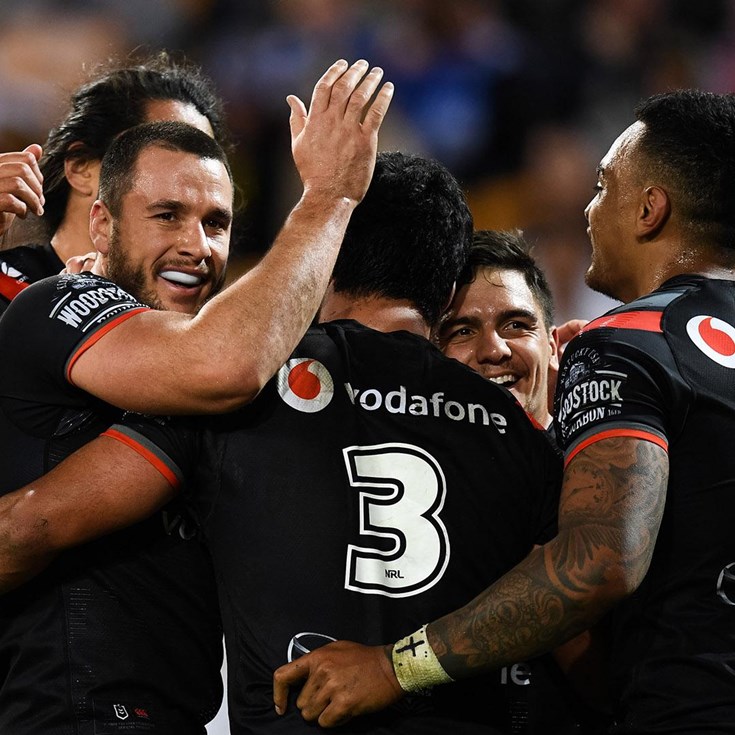 Simply the Best: Which winger is better than all the rest?