The coronavirus pandemic has put the NRL’s ‘Team List Tuesday’ ritual on hold indefinitely in a week when the Vodafone Warriors would have been naming their team to face the Manly-Warringah Sea Eagles at Lottoland this Friday night.

Wind the clock back to this day 12 years and it just happened the Sea Eagles were in the Vodafone Warriors’ sights as they named their squad for a trip to Brookvale Oval, as it was known then.

Auckland, New Zealand, March 25, 2008 – Vodafone Warriors centre Jerome Ropati has been named in an unchanged line-up but remains in doubt for next Monday night’s third-round NRL clash against Manly at Brookvale Oval.

The 23-year-old lasted 68 minutes of Sunday’s 30-16 win against Parramatta before leaving the field with an ankle injury.

“While the injury doesn’t seem to be as bad as we first thought, Jerome is still in doubt this week,” said Vodafone Warriors coach Ivan Cleary.

“We’re hopeful his ankle will come right quickly but whether that will be in time for this game remains to be seen.”

With the 71-game NRL centre under a cloud, Cleary has named veteran back row forward Wairangi Koopu as 18th man for the trip to Sydney.

Koopu hasn’t yet added to his career tally of 153 NRL appearances after being omitted from the squad for the first two matches of the season. He played for the Auckland Vulcans in the New South Wales Cup on March 15 but remained in Auckland as cover for the Vodafone Warriors last Sunday.

Ropati has been one of the Vodafone Warriors’ best players in the first two matches of the year, his try against Melbourne giving him a total of 15 tries in his last 14 NRL games. He was again influential against the Eels, playing a leading hand in each of the two first half tries as the Vodafone Warriors won their first home game of the season for the second year running (and against the same opposition).

This season’s draw sees them facing three of the same sides they came up against in the early rounds last year in Melbourne, Parramatta and Manly. In the fourth-round clash with the Sea Eagles last season, the Vodafone Warriors were edged out 13-10 in a hot Sunday afternoon encounter at Brookvale Oval. The last time the two sides met in the second to last round of the 2007 regular season, the Vodafone Warriors won 36-14 at a sold-out Mt Smart Stadium.

On that day, Koopu came off the bench to play 70 minutes in the centres, scoring two tries in his 150th NRL match.

Going into the Manly fixture, winger Manu Vatuvei is the competition’s equal top try-scorer after grabbing a brace in each of the first two matches. He leads all players for line breaks with five, he’s made the most tackle breaks (18) and he’s fourth for the most metres gained (348), easily the best of all wingers.

Michael Witt, who’ll line up against one of his old clubs for the second week running, has started the year as he finished 2007 with eight goals from eight attempts so far. He now has a total of 70 goals from 75 attempts in 27 appearances for the Vodafone Warriors. 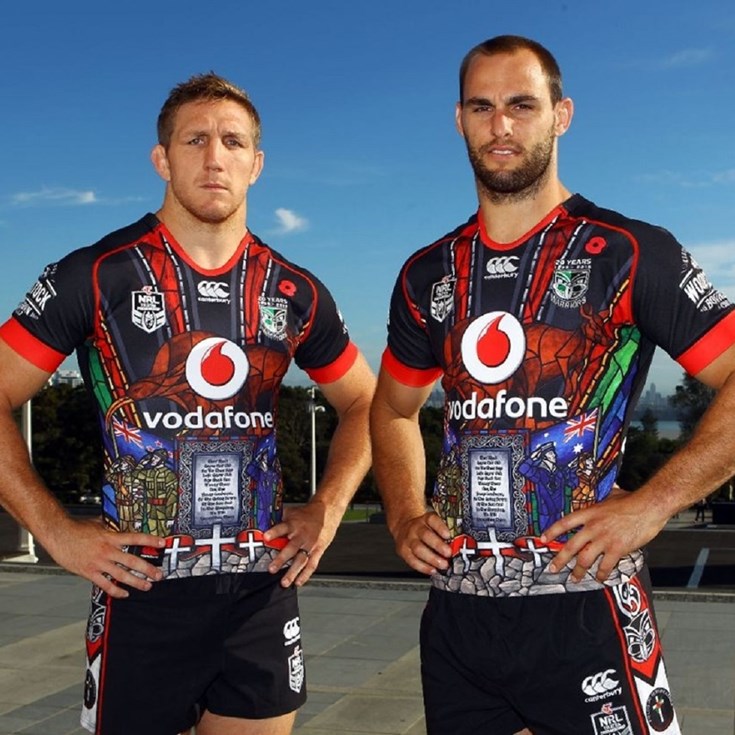