March 25, 2015 - The Auckland War Memorial Museum provided a stunning backdrop today for the unveiling of ‘Te Maumaharatanga’ (The Memorial), the specially-designed jersey the Vodafone Warriors will wear to mark the 100th anniversary of the Battle of Gallipoli in their historic Anzac Day NRL clash against Gold Coast at Mount Smart Stadium on Saturday, April 25, 2015 (2.00pm kick-off).

Captain Simon Mannering and his Australian back row partner Ryan Hoffman gave the occasion a special Anzac touch modelling the kit at the launch event.

The match against the Titans will be the first time the Vodafone Warriors have played a game on Anzac Day at home.

‘Te Maumaharatanga’ has been specifically designed by Canterbury of New Zealand and the Vodafone Warriors with the country’s servicemen and women, members, fans, club and Anzac heritage in mind.

Vodafone Warriors managing director Jim Doyle said the players, coaching staff and internal club staff were both impressed and moved by the jersey.

“The careful symbolism, the respect and care that has gone into designing the jersey for our club is humbling,” he said.

“I know our players are feeling incredibly honoured and extremely proud about taking the field at Mount Smart in ‘Te Maumaharatanga’ on what will be such a special day for all New Zealanders and Australians.”

Speaking at the launch Dwaynne Barrie, general manager for Canterbury of New Zealand, said: “This year marks the 100th anniversary of The Battle of Gallipoli and it is with our utmost respect that we acknowledge the sacrifices made by the men and women who have fought, are currently serving and will serve in the future.

“We feel extremely privileged to have worked with designer Dave Burke in the creation of this one-off commemorative jersey, with guidance from kaumatua and cultural advisor Luke Crawford and we hope supporters will feel as inspired by the design as we are.”

The jersey is centred on four figures representing the four components of New Zealand's military service, standing at the base of a monument featuring the words to the ‘Ode of Remembrance’. Behind them the New Zealand and Australian flags proudly face the monument, symbolising and acknowledging the unique history as both brothers-in-arms and as fierce rivals out on the sports field.

The warrior-like symbol of the mangopare (hammerhead shark) that features within the monument holds special meaning to our armed forces, representing courage, tenacity and determination and pays respect to the Māori Battalion.

Both the kiwi and kangaroo feature prominently within the unique design, representing the eternal brotherhood and spirit of the Anzac.  Below, fields of green filled with poppies represent the Fields of Remembrance for the soldiers who have fallen overseas. Behind this poignant acknowledgement lies New Zealand’s mountains and whenua (land) symbolising what they fought for.

Below the four figures is a rocky outcrop representing the unforgiving Gallipoli peninsula with crosses placed amongst the rocks to acknowledge the 44,000 Allies and 87,000 Ottoman soldiers that fell during the eight-month long campaign.

Fields of Remembrance chairman David McGregor is delighted that Canterbury of New Zealand has put so much care into the design of a jersey that is such a striking acknowledgement of those who have and are currently, serving.

“The Field of Remembrance depicted within the commemorative jersey acknowledges the 103,000 New Zealanders who served overseas during World War One, 59,500 of whom were casualties and 18,200 of whom made the ultimate sacrifice,” said McGregor.

“The inclusion of the white crosses within the commemorative jersey is fitting and is an innovative manner to acknowledge in a silent way this small country’s contribution to freedom.

“The Trust acknowledges the generosity of Canterbury of New Zealand and the Vodafone Warriors for this opportunity.”

A donation from the sale of each jersey in both New Zealand and Australia will be going to the Fields of Remembrance Trust ($5 for a children’s jersey, $10 for adults), as a mark of respect for past and current serving armed forces personnel. 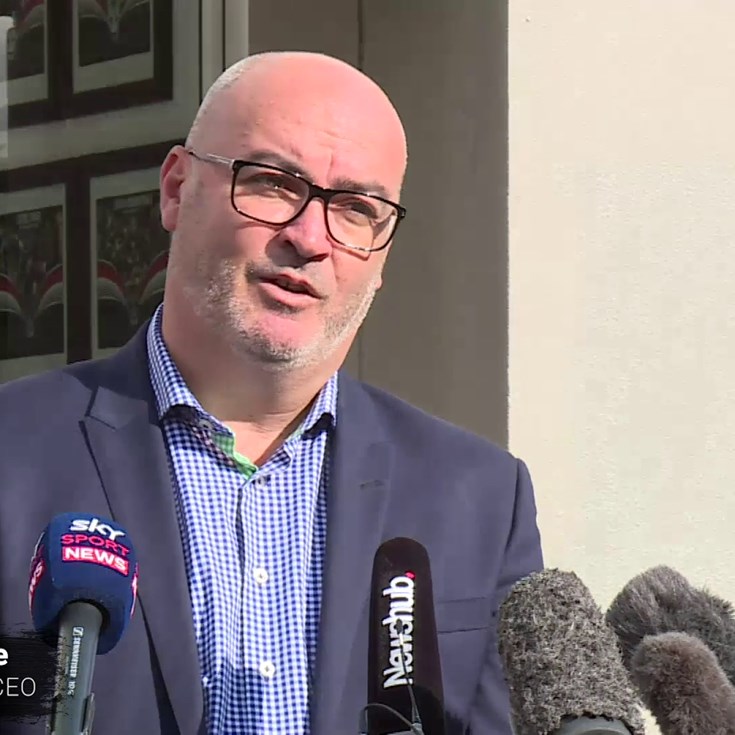 What do we do without footy?