After a recent run of losses, the Rabbitohs claimed a much-needed win over Brisbane last week to remain in the hunt for a top-four finish.

Damien Cook was superb and the Bunnies received excellent contributions from some of their lesser lights like Liam Knight and Mark Nicholls, while Dane Gagai was also instrumental in the win.

Victory over the Warriors would set up a high stakes final-round clash with the Roosters next week.

The Warriors appear to have shut up shop for 2019 and could be in for another heavy loss if they don't knuckle down.

Warriors: The home team is 1-17 with Blake Green (knee) and Leeson Ah Mau (knee) taking their place despite doubts over their fitness. Bunty Afoa and Adam Pompey are the final cuts from match-day squad. Kodi Nikorima moves back into the starting side with playmaker Chanel Harris-Tavita demoted to the bench. Blayke Ayshford and Adam Keighran were cut from the extended squad 24 hours before kick-off. Agnatius Paasi starts in his 100th NRL match. The Warriors have won only one of their past seven clashes at Mt Smart Stadium.

Rabbitohs: South Sydney are 1-17 with Dean Britt and Mawene Hiroti the two match-day omissions. Sam Burgess was cleared to play the Warriors on Thursday. Alex Johnston is finally back following a knee complaint, albeit on the wing, and is in a similar boat to Burgess. Kyle Turner (hamstring) has been included on the bench. Tom Amone and Bayley Sironen were omitted 24 hours prior to kick-off. Rabbitohs five-eighth Cody Walker has scored seven tries in his past five games against the Warriors.

Isaac Luke was a cult hero to Bunnies fans during his nine years with the club. The man nicknamed 'Bully' is nearing the end of his career and doesn't leave his stamp on a game like he once did. But he occasionally still has his moments and will be looking forward to his clash with Rabbitohs hooker Damien Cook.

If they don't fix their leaking defence this game could be all over at half-time. Aside from the 24-16 upset of Manly in Round 21, the Warriors have conceded 130 points in losses to the Raiders, Roosters and Sharks over the past month. They need to mark Cook closely and minimise the collective impact of halves Adam Reynolds and Cody Walker.

For the Rabbitohs to win

With their season on the line last week, the Bunnies showed they're up for the fight when they rode into Brisbane and out-lasted the Broncos in a classic match that went right down to the wire. They have more to play for and should aim to break the Warriors' will to win in the first 20 minutes. Cook looms as a huge threat, while Wayne Bennett will be counting on his forwards to back up last week's wholehearted effort.

There was a story last week about how to stop Damien Cook – he responded by making 50 tackles and exploding to score one of the best tries you will see. The drama off the field last week was great for the players – it took the pressure off them and allowed them to have a laugh at their coach. I think Souths are back to their best. I thought the Warriors were pretty poor last weekend and are counting down to the end of Round 25. Rabbitohs by 8

It was the Cody Walker show when these teams met in Round Four on the Sunshine Coast. Walker starred with a career-best four tries, as the Bunnies came from behind to steal victory. Scores were locked at 12-all at half-time before the Warriors went ahead 24-12. Souths replied with three tries in 15 minutes to escape with a 28-24 win. 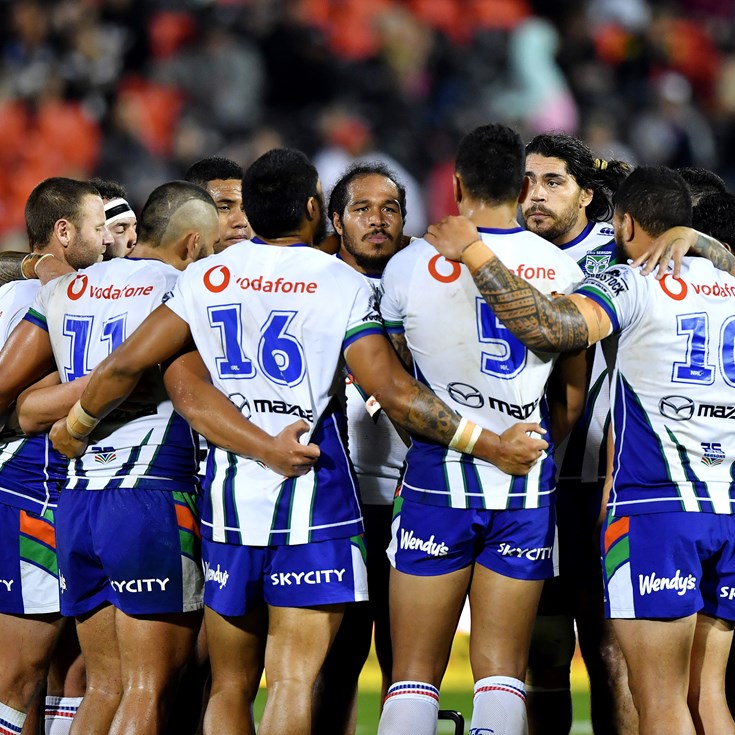 Paasi: We need to step up for the fans

All on the line for Vodafone Warriors